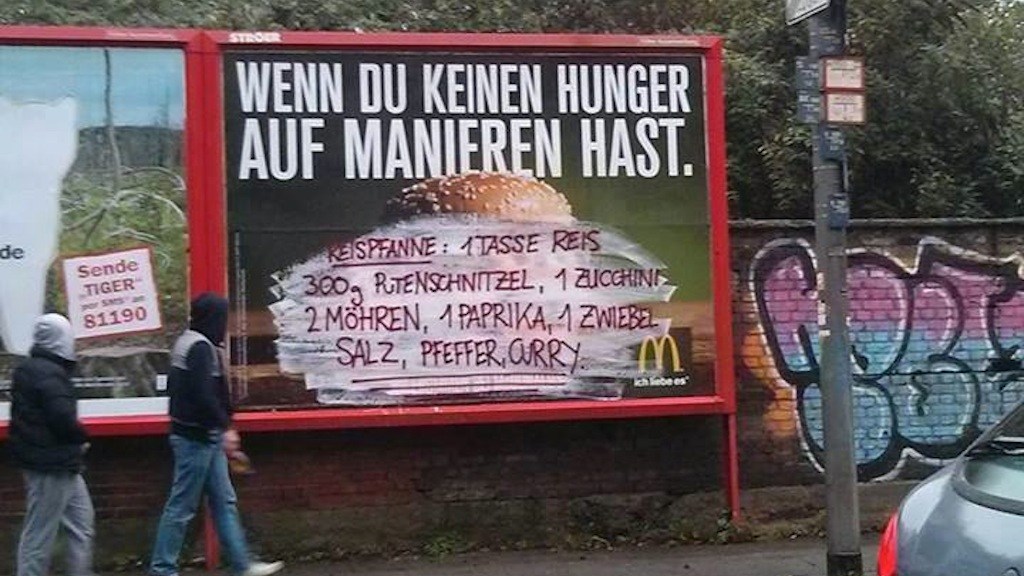 In Cologne, Germany, a street artist/activist (or, if you’re on the side of big corporations, a vandal) has been whiting out parts of fast food billboards and writing recipes for actual food on top. The recipes are in German, but at FastCoExist, Sydney Brownstone figured out what they’re for:

Pretty simple, cheap stuff, too. Turkey and zucchini fried rice instead of a Big Mac, and spaghetti (which, okay, isn’t terribly healthy either) instead of a “King des Monats” — Deutsche for the “King of the Month” burger.

It’s a good, simple message: Food doesn’t have to be super-processed to be convenient. Though if we were trying to inspire people to cook, via graffiti, we might have chosen something a little less random than turkey-zucchini fried rice, which seems a bit of an odd combination. Spaghetti, though? We’re on board.