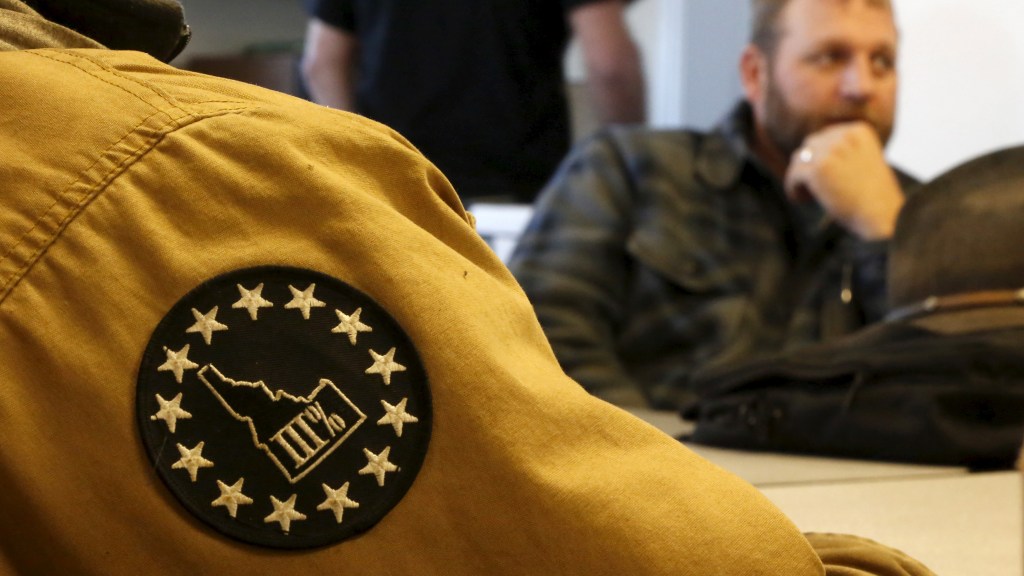 The standoff at the Malheur National Wildlife Refuge is over.

After talking to authorities for more than an hour about his views on America — and reportedly threatening suicide — David Fry, the last holdout at the armed occupation, smoked a cigarette and then calmly surrendered himself to police on Thursday afternoon. After 41 days, the standoff had come to an end.

But as reporters pack up and locals try to get back to normal, questions remain. Is this just be beginning of a larger rebellion against the federal government? And would such a rebellion have any powerful backers? To that last question, we may have an answer: the Koch brothers.

The political network of the conservative billionaires Charles and David Koch signaled last week that it is expanding its financial and organizational support for a coalition of anti-government activists and militants who are working to seize and sell America’s national forests, monuments, and other public lands. …

Though ClimateProgress has previously uncovered and reported on the dark money that the Kochs have provided for political efforts to seize and sell public lands, recent organizational changes reveal that the Koch network is providing direct support to the ringleader of the land grab movement, Utah state representative Ken Ivory, and has forged an alliance with groups and individuals who have militia ties and share extreme anti-government ideologies.

Ken Ivory, an advocate for states’ rights, has long argued that federal lands — including national forests — should be transferred to state control. In 2012, Ivory, a Republican, sponsored the Utah Transfer of Public Lands Act, which called on the federal government to give all federal land within Utah — which amounts to 65 percent of the land in the state — to the state government. Ivory has also spent much of his time in office championing the American Lands Council, a nonprofit he founded to support the state takeover of public lands — and, apparently, to support himself: Last year, a watchdog group filed formal complaints in three states alleging that Ivory used taxpayer money fraudulently.

“It’s not simply a question of Rep. Ivory speaking his mind about what he thinks should happen,” said Anne Weismann, executive director of the Campaign for Accountability. “He is soliciting on the promise that if you give us money, we can get public land returned to your state. More than half of the money they raise goes to him and his wife.”

Despite the fact that the push to transfer federal lands to state control is a fringe movement, deeply unpopular with most Americans — including those in Western states — Koch money could make it move to the mainstream as politicians court their vast donations. As ThinkProgress points out, last week, Ted Cruz promised to be “vigorously committed to transferring as much federal land as humanly possible back to the states.” In other words, Cruz wants that Koch money — no matter the consequences for those lands, the national interest, or the rest of us.

Malheur may be over, but the fight over public lands looks to be heating up.