He gave them a raise. They gave him a Tesla. 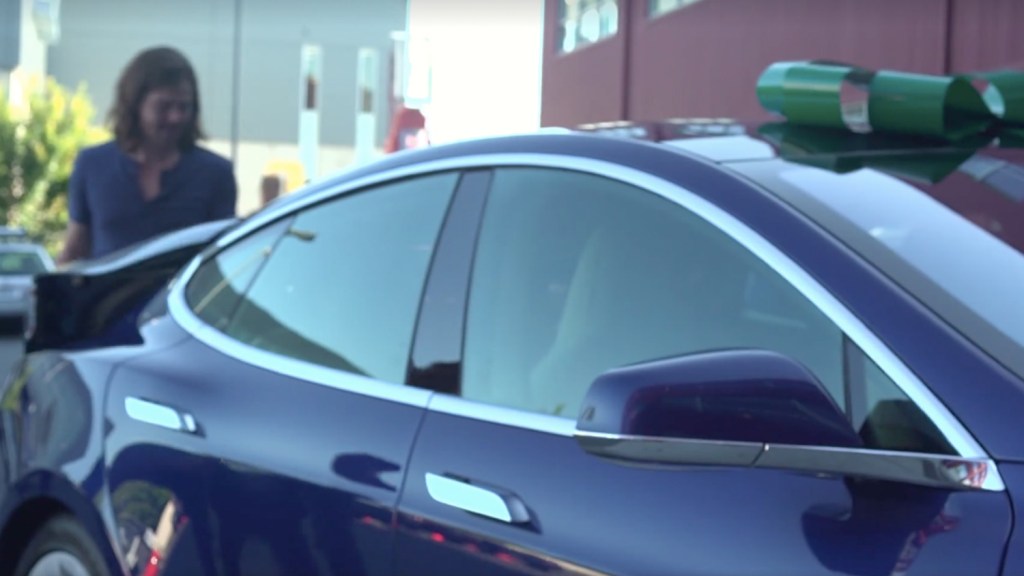 He gave them a raise. They gave him a Tesla.

A CEO of a credit card processing company made waves last year by raising the minimum wage at his company to $70,000, and paying for it by cutting his own $1.1 million salary to $70,000.

Gravity Payments CEO Dan Price’s act of generosity was not without its rewards: The feel-good story went viral (reporters from the New York Times and NBC News were on hand when he gave his employees the good news), and Price was widely lauded as the world’s best boss. It was as though Jesus himself had come back to run a credit card processing company — same hair and everything. In the months that followed, Price signed with the talent agency William Morris, inked a half-million dollar book deal, and now charges as much as $20,000 for speaking engagements. (He also lists his house on Airbnb for $950 a night, in case you’re looking for a cheap rental in Seattle.)

Last week, Gravity Payments made news again when Price’s employees rewarded him with a Tesla Model S, worth $70,000. Price wrote on Facebook:

The new car isn’t Price’s only reason to celebrate.

In June, he beat a lawsuit from his brother and co-founder Lucas, who accused Price of overpaying himself in the years before Price lowered his compensation. According to Bloomberg, the suit was not without merit: $1.1 million was exceptionally high for the size and revenue of the company.

Judging from the Tesla, Gravity workers seem not to care. “Yes, he probably could have bought it on his own but he’s always putting us ahead of himself,” marketing director Ryan Pirkle told Grist. “He didn’t have to raise our wages, and we didn’t have to do this. We could have gotten him a bottle of wine or given him a hug, but this is something we wanted to do.”

If his employees waited, they could have gotten him an electric car that’s half as much: The Tesla Model 3. At $35,000, it’s the company’s first entry into manufacturing a car that’s not entirely a status symbol of the rich. Then, they could’ve donated the balance to people who can’t afford Teslas — or even homes.