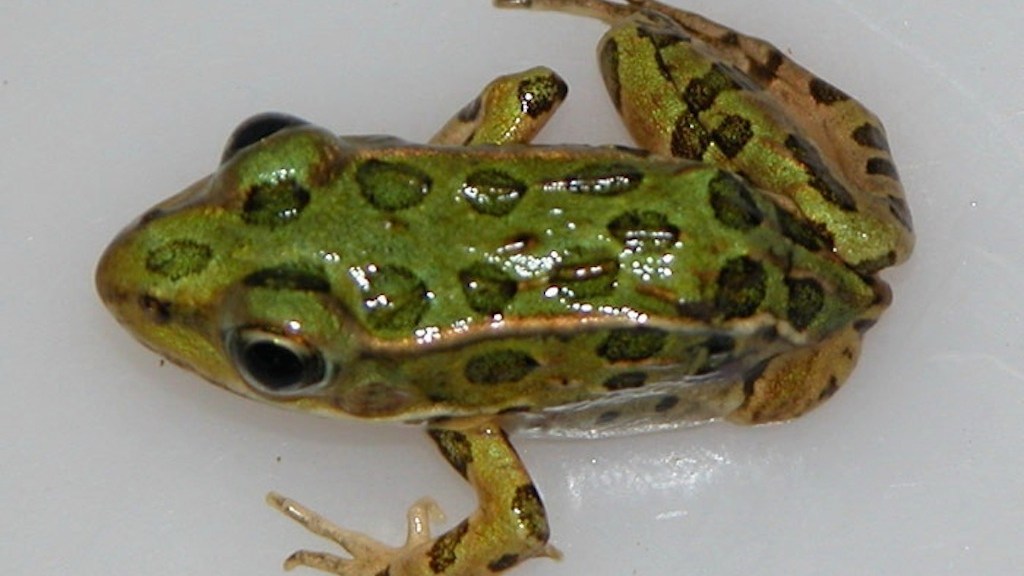 More than a decade ago, way back in 1995, a group of middle school students visited a wetland in Minnesota and found something kind of creepy: a population of deformed frogs, with missing or shrunken limbs. This wasn’t just bad news for the frogs, as the Anchorage Daily News reports: “Scientists consider frogs to be barometers for the health of wetlands because they absorb liquid and gas through their skin, so they literally breathe their environment.”

If there were frogs missing legs, that meant the wetland probably wasn’t doing so hot. And the Fish and Wildlife Service started worrying this might be true, elsewhere, too. So the agency convinced Congress to fund “the largest national study of frog deformities ever conducted.” Scientists visited 152 wildlife refuges across the country and checked out 68,000 frogs for general weirdness.

It took a decade, but now scientists have identified three spots that are most likely to yield freak frogs — a pair of wildlife refuges in Alaska (where long-banned toxins have taken a long, long time to disappear from the environment), California’s Central Valley (one of the more polluted agricultural areas in the country), and Mississippi’s River Valley (another agricultural area). Turns out agricultural runoff isn’t great for wetlands.