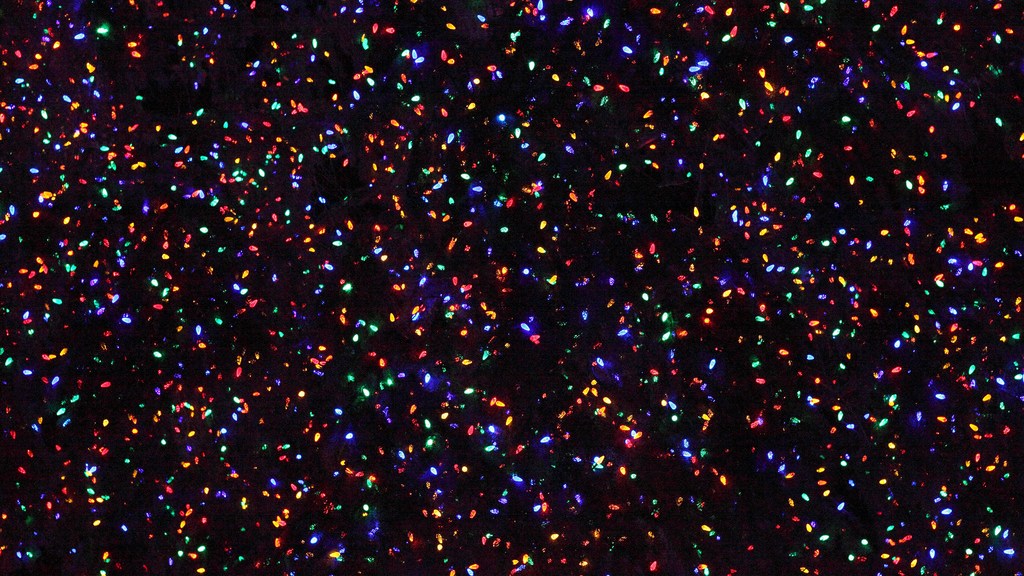 Alright guys, we’re on board, as much as anyone else, with the idea that Christmas comes after Thanksgiving and that maybe we don’t need to think about shopping and decorating for another few weeks. But American retailers are not — they want you to start thinking about Christmas now. Which means we have to go against our better instincts and tell you to start thinking ahead. Because you can now go into Home Depot, trade in [PDF] your old, incandescent Christmas lights, and get energy-saving, LED replacements at a discount* — but only for the next few days.

This is a great switch for people to make. The Department of Energy has estimated that Christmas lights use as much electricity as half a million homes do in an average month. That’s a ton of power. And it’s expensive. The DOE also says that U.S. households could save a total of $410 million or so in electricity if everyone switched to LEDs.

And it looks like more people are making that choice. The Kansas City Star reports that retailers are expecting LED lights to be a big trend this year:

Wal-Mart is devoting half of its shelf space for Christmas lights to LEDs and offering a string of 50 mini LED lights for $5, down from $6.30 last year.

“We know our customers are gravitating toward them,” said Debbie Serr, a Wal-Mart spokeswoman.
Costco is selling no incandescent Christmas lights at all.

General Electric, which has peddled holiday lighting for more than a century, expects that two out of every five strings of lights sold this year will be LEDs.

This is one of those rare cases where, if everyone else is jumping off a bridge, you want to, too. And Home Depot is saying you can save a few bucks while you’re at it. So we say, put aside your distaste for holiday season mission creep and consumerism, and if you’re planning on putting up holiday lights, get these LED ones, now.

*We originally made it sound as if the LEDs were free. Grist regrets the error and has sentenced the author to three hours of trying to find a hammer in Home Depot.