I just got new glasses. Should I recycle my old ones? 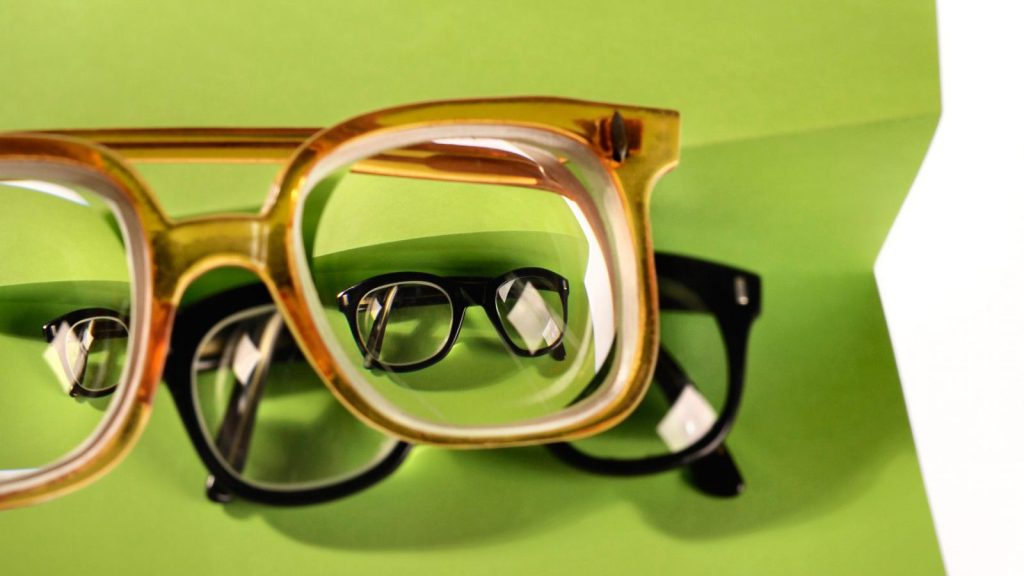 I just got new glasses. Should I recycle my old ones?

I recently purchased new glasses with a new prescription. So I now have two sets of reading glasses, polarized sunglasses, and a regular set of glasses that I can no longer use. I was searching for a way to donate them online and saw an article in Bloomberg that said recycling eyeglasses is a “feel-good waste of money.” They made some good points, and now I’m thinking that I’d be better off throwing them away. But I HATE throwing things away. Can you help me decide what is the best option?

I, too, capital-H Hate throwing things away. It’s no coincidence that every likeness you see of me features the same nerd-chic black frames and jaunty sun hat — I just can’t bear the thought of perfectly good accessories ending up in the dump. It’s pure luck that nerd-chic glasses are currently back in style; one of these days, contacts will be back on top, and I’ll endure the “Four Eyes!” chants with quiet dignity once again.

But in your case, Laura, I can clearly see the problem: four extra pairs of peepers you’re afraid will end up in a landfill. I believe this is the piece that has you spooked: It argues that spectacle-reuse programs end up trashing most of their donations, and the ones that are reused are prohibitively expensive to whip back into shape. That story is based on a 2011 Australian study that found, one, that only 7 percent of glasses donated through a particular program were deemed worthy of reuse. Two, the total cost of reusing donated specs was twice as high as simply producing ready-made glasses, once you factor in shipping and the labor costs of sorting.

Despite these rather dim findings, I’m still going to counsel you to try to pass on your old glasses to someone else. Here’s why.

First, glasses are expensive. If not for the programs that collect, process, and redistribute donated pairs — some of the biggies being the Lions Club, ReSpectacle, and New Eyes — the many visually challenged people who get those donations might not otherwise have access to glasses at all. It certainly seems a shame, then, to throw away your still-functioning shades: They might fit someone’s prescription, if no longer yours.

It is true that glasses-reuse programs will end up winnowing out a chunk of their donations so only the more useful, higher-quality options are reused. Just how many do make the cut isn’t quite clear: On one hand, you have that 7 percent number from Down Under. On the other, you have the nonprofit New Eyes, which distributes about 70 percent of their donations, according to Executive Director Jean Gajano. And on average, the Lions Club ships 2.3 million of its 6.3 million donated specs overseas each year to land smack in the middle with 37 percent, said Programs and Service Initiatives Coordinator Debbie O’Malley.

But here’s the crux: With these programs, not all of those not-quite-reusable lenses just get trashed. Sometimes, the nonprofits partner with recycling companies that can give new life to at least some of the plastic and metal in your old glasses — recycling companies that pay for these valuable raw materials. That’s the case with OneSight, a program that uses the proceeds from selling donated glasses to create brand-new pairs for the needy, and the Lions Club, which earns essential cash through metal reclamation and scrap processing partnerships. This is an important detail, because consumers rarely have easy access to recyclers that deal with the types of plastics found in most glasses nowadays.

So while there’s still a chance your donations could end up in the landfill, Laura, it’s also very possible they’ll benefit someone directly or indirectly. Which is a lot better odds than they’ll have if you just throw them in the garbage in despair. When I consider all these bennies, I’m inclined to say donating your extraneous eyewear is worth any extra costs incurred throughout the process.

So donate away, and enjoy those new specs! One more tip before I get some shut-eye: Did you know you can reuse those frames by simply replacing the lenses if your ‘scrip changes again? Instead of upgrading your fashion every time, you can join me in the nerdy-chic brigade — because commitment to durable goods never goes out of style.