Is it safe to use a soaker hose in my veggie garden? 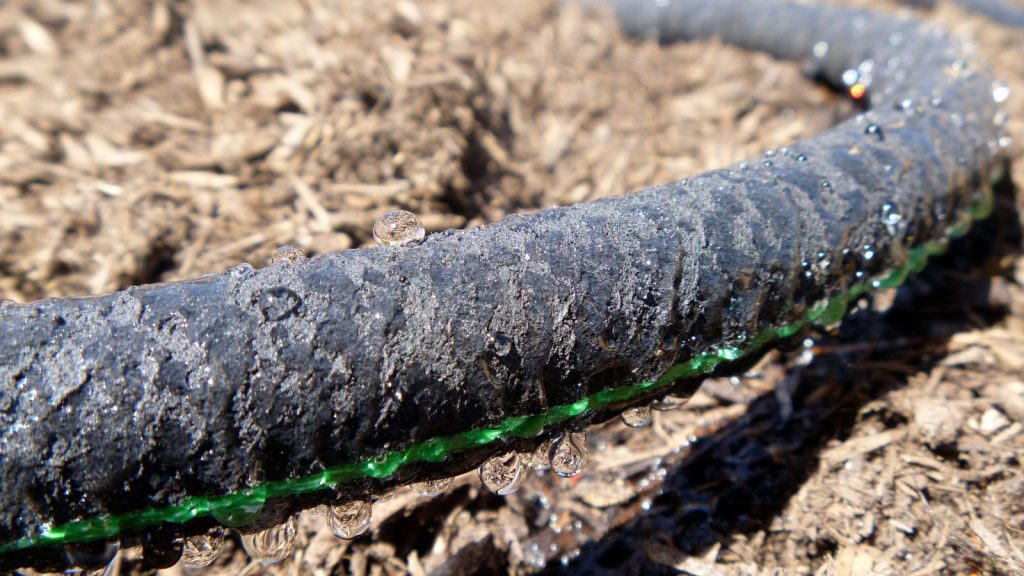 J.H. Fearless
Soak Me, Soak Me

Is it safe to use a soaker hose in my veggie garden?

I found your old answer about the safety of garden hoses and the advice to use a rubber soaker hose. With more current information coming out about heavy metals and other industrial chemicals in recycled vehicle tires, would you recommend something else now for soaker hoses? Currently playgrounds with crumb rubber are slowly and quietly being replaced with other surfaces. It concerns me to put something like this in the garden, feeding my vegetables.

How does that song go? I wish that I knew what I know now, when I was younger? That’s true of my prom dress (it took me far too long to realize magenta would never be my color), that romantic fling in Barbados (how was I to know how terrible his punk band would be?), and yes, some of my best-intentioned advice. As those of us in the advice-giving biz know, all we can do is the best we can with the best information we have. And as you point out, new information has indeed emerged. Let’s take a look.

Rubber hoses sound like an excellent alternative to their more traditional PVC counterparts, which have been found to leach heavy metals, lead, phthalates, and BPA (yuck). We should not use PVC hoses, people, end of story. But it’s looking like rubber isn’t quite so innocent, either. You’re right that many rubber hoses are made from recycled tires, and therein lies the problem: Tires are known to contain a slew of toxic ingredients, including heavy metals, carcinogenic polycyclic aromatic hydrocarbons (PAHs), volatile organic compounds (VOCs), and dozens of other chemicals — many of which have never been tested for safety. It’s nasty stuff, Grace, no doubt about it.

How much of this nasty stuff actually makes it from a soaker hose into your wax beans and rutabaga is less clear, however. While there isn’t yet much research out there on rubber hoses specifically, we can turn to a similar product that scientists have been quite interested in: rubber infill and mulches. These are the crumbly bits often used to cushion falls on athletic fields and playgrounds, and they also trace their ancestry back to vehicle tires.  And while studies have clearly established the presence of all those troubling substances — PAHs, VOCs, metals, etc. — in rubber infill, the risk they pose to people in the general vicinity remains a matter of debate. Some argue that these chemicals off-gas into the air and leak into the water supply, where they irritate our eyes and lungs at best and increase our risk of cancer at worst. Others say they’re present in such small concentrations, we shouldn’t worry about them. The EPA is currently on the case, and I and my fellow toxicity news aficionados are awaiting their upcoming findings (due out later this year) like it’s the next Harry Potter book.

In short, we don’t know how dangerous recycled rubber tires are underfoot, nor do we fully understand the risks of snaking them through our gardens. If rubber hoses are indeed leaching chemicals, that’s no guarantee that nearby plants will take them up: That depends on several factors, including soil pH, temperature, type of plant, size of the rubber particles, and the chemical composition of the water itself. (Depending on the pipes in your area and in your home, your hose might be the least of your water-related concerns.) Studies of vegetables grown in contaminated soils have discovered that while some plants do take up lead and cadmium and PAHs, the amounts are generally low, and well below established health standards.

Still. I understand if this puts you off rubber hoses, Grace. While it is impossible for us to avoid all toxic exposures in this wondrous day and age, I do generally prefer to approach these sorts of unknowns — the ones dealing with the potential for cancer-causing chemicals in my carrots — with an abundance of caution. But I’m also a big fan of soaker hoses, as they’re a wonderful tool for efficient, water-saving irrigation. If you’re no longer a rubber-lubber, may I suggest a relatively new alternative: a food-grade polyurethane soaker hose. Yes, it’s plastic, but it’s considered a safer plastic, and a 2016 study about hose safety from the Ecology Center found that PU hoses labeled safe for drinking water turned up no chemicals of concern. (Which reminds me, don’t assume that any old “drink safe” hose is chemical-free — that term simply means they’re low on lead, not on all the other nasties.) Given the questions hanging over vinyl and rubber hoses, this plastic may be the lesser of the evils.  You’ll find that it’s more expensive than the other two options, but in cases like this a little peace of mind is worth it. And yes, since you asked, I still fervently hope that some day we will live in a world where the safer, healthier choice is also the affordable choice.

Whatever you do, don’t let all these hose quandaries turn you off from what is undoubtedly a very healthy, eco-friendly practice: growing your own veggies! In general I think the risks are yucky but fairly low, and the rewards are going to be delicious. Have a lovely growing season, Grace, and thank you for reminding me to revisit this topic. ‘Tis better to know now and wish you knew then than it is to never know, don’t you think?