Is there such a thing as a green snowblower? 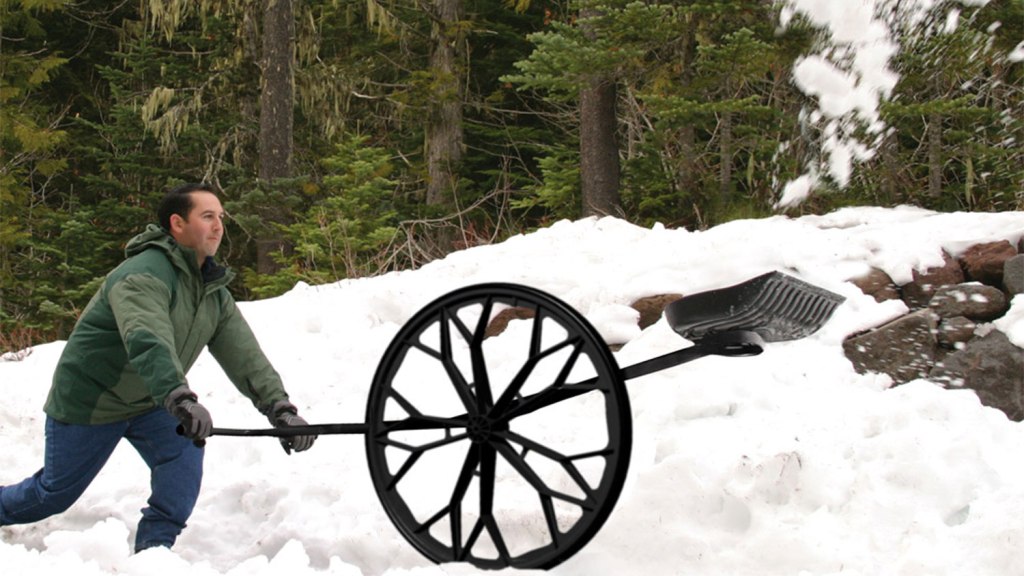 Is there such a thing as a green snowblower?

Q. Are there any green choices in the snowblower world? I can’t put a plow on my coupe and we get too much snow to rely solely on shoveling.

By February, snow has pretty much lost the magical novelty of the holiday season and become just another cold, wet chore. At least, that seems to be the consensus out East this year (Boston, I’m looking at you). With spring thaw still feeling like a distant daydream, I’m afraid you won’t be able to hang up your snow-removal tools quite yet. But which tools to use?

I’ll bet this comes as no surprise to you, Lacey, but snowblowers aren’t exactly winning awards for sustainability. The typical machine relies on a gasoline-powered combustion engine to fling the white stuff off your driveway, so you’re using fossil fuels to do the dirty work. And the gas use isn’t exactly negligible: Consumer Reports estimates the average snowblower uses $10 worth per season, or about three gallons at 2014 prices — enough to take a five-year-old Toyota Camry 75 miles.

Not only that, but gas-fueled snowblowers also spew carbon monoxide (a deadly, poisonous gas), hydrocarbons (which contribute to ground-level ozone and smog), and nitrous oxides (climate-warmers and smog-bringers). And, as anyone who has a snowblowing neighbor can tell you, they’re really loud.

I hear that you have too much snow for easy shoveling, Lacey. But for all of the reasons above, I still encourage you to look for a human-powered, not gas-powered, solution first. Might you find a few enterprising kids to shovel for you? You get a cleared sidewalk, the kids learn the value of hard work, and nary a greenhouse gas is spilled: It’s win-win-win! And probably much cheaper than shelling out for a new blower, which can run into the hundreds or even thousands of dollars.

Another idea: Have you heard of a Wovel? (See photo above.) These clever gadgets marry a shovel to a wheel, making snow removal much faster, easier, and less likely to wrench out your back. I know citizens of cold, snowy climates who swear by it, even for shoveling large ice rinks, so I’ll bet it could work well for you (and combat cabin fever as a bonus).

If only a mechanized snow-tosser will really do, look into alternatives to the gassy models. Honda makes a hybrid machine that charges two electric motors as it goes, reducing gasoline use, but it’ll cost you a cool $8,000. There are also electric and battery-powered snowblowers out there, which still use electricity from your local power plants but won’t have you breathing in the same nasty emissions on site. These models tend to be weaker and better suited to smaller areas, though, so they might not get the job done on more demanding homesteads. If it’s truly gasoline or bust for you, a two-stage, four-stroke engine is more fuel-efficient than a single-stage, two-stroker.

Good luck digging out for the rest of the winter, no matter which method you choose. If I may add one more plug for gas-free snow removal: A good shoveling session is an excellent excuse to curl up with a hot toddy and toast a job well done.