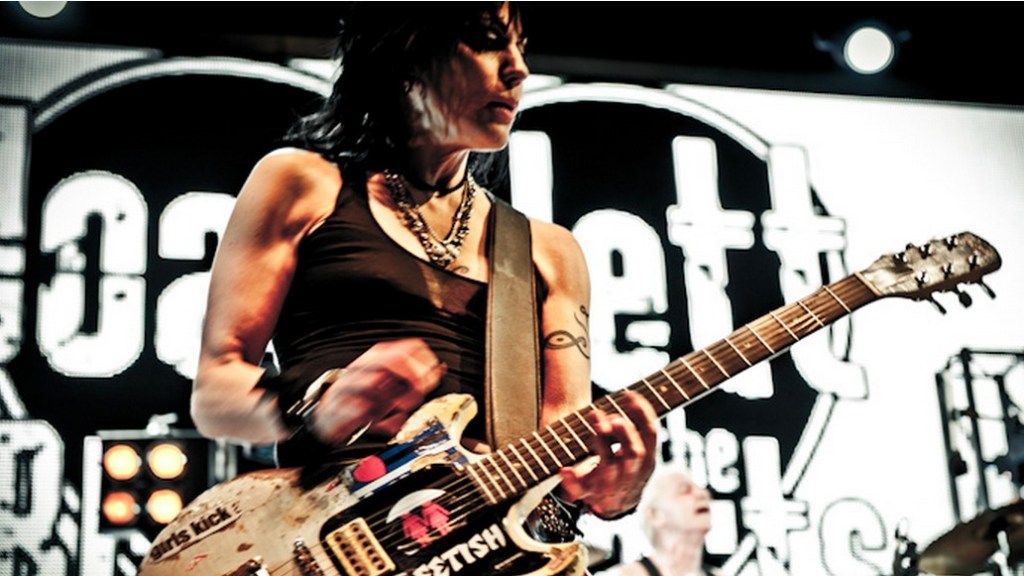 SeaWorld exposé/documentary Blackfish continues to make waves, this time on the rock ‘n’ roll circuit. Joan Jett just hit SeaWorld with a cease and desist letter requesting “I Love Rock ‘N’ Roll” no longer be used to psych people up about Shamu:

I was surprised and upset to see on YouTube that SeaWorld used “I Love Rock ‘n Roll” as the opening music for its cruel and abusive “Shamu Rocks” show. I’m among the millions who saw Blackfish and am sickened that my music was blasted without my permission at sound-sensitive marine mammals. These intelligent and feeling creatures communicate by sonar and are driven crazy in the tiny tanks in which they are confined …

Sea World’s reliance on cruelty and captivity for commerce has been widely exposed. I hope you’ll take the respectable path and release the captive orcas to coastal sanctuaries so that they can live out their lives with other orcas in nature. This move would show that your company is truly family-friendly.

This comes in the wake of Heart, Willie Nelson, and Barenaked Ladies cancelling shows at SeaWorld and Mötley Crüe requesting its songs not be used there, either. (Almost sounds like SeaWorld will be forced to feature artists making good music today!)

SeaWorld spokesperson Nick Gollattscheck fired back a reply, saying that Jett’s music was fully licensed at the time and isn’t even used anymore (burn!), and SeaWorld had no plans to use her music in the future. Maybe SeaWorld and South Dakota Cattlemen’s Association can team up for a We Hate Joan Jett slumber party?