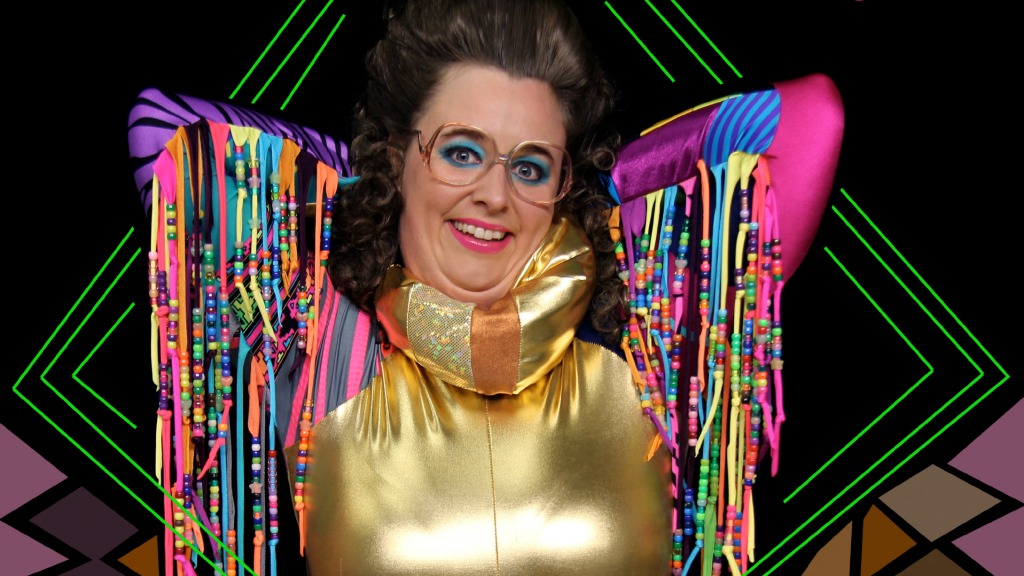 Jay-Z went vegan for three weeks? PFFFT. Leslie Hall is totally vegan and 1,000 PERCENT AWESOME. Hall got internet-famous in 2000 for her massive gem sweater collection and then turned into a legit Iowa-based comedic hip-hop star. When she’s not singing about crafting, her cat (the No. 1 cat in America), or her skintight gold jumpsuit, she slips in references to being a vegan. “I was a vegetarian for YEARS UPON YEARS and decided vegan had more of a social impact, which is my reasonings,” she told Grist in an email. Like we needed a reason to worship her any more!

She manages to sneak in nods to veganism and public transit in a hilarious, non-preachy way: “My hair is wavy, smooth like veggie gravy,” she sings on “Hydrate Jirate.” On “Power Cuddle,” she promises, “I’ll be your black bean burger.” And on “No Pants Policy,” she raps, “I’m takin’ public transportation, takin’ lady vitamins” — oh, just watch it; you’ll love it!

She even wrote a song about being a vegan. “I googled vegan songs and didn’t find much, so I wanted to throw one out there,” she told us. She went vegetarian in second grade after a classmate said she was a vegetarian. “I was a cheeseaholic but would cry cry cry when I saw an animal in [confinement] being milked by machines. STOPPED THE CHEESE STOPPED THE EGGS!”

If, like us, you just can’t get enough of this outrageously magical vegan, Hall just released a greatest hits album remixed by mashup master Titus Jones and is going on tour. Squee! We’ll be there, wearing our gem sweaters and eating meatless snacks in the moonlight.