London’s new solar bridge is the largest in the world 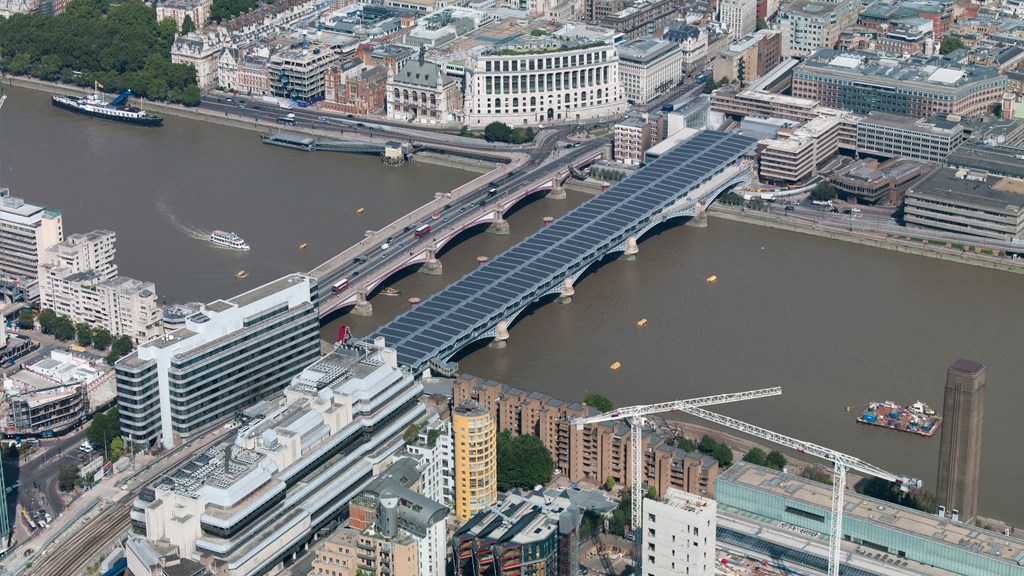 London’s new solar bridge is the largest in the world

Network Rail, which is responsible for Britain’s rail infrastructure, just opened the “world’s largest solar-powered bridge” — which stretches across the Thames, has 4,400 solar panels on it, and will provide half the energy to central London’s Blackfriars train station.

The project was one of the most complex to date for Solarcentury, which installed the panels in a series of phases over the past two years, pausing to minimise the impact on the station during the 2012 Olympic Games.

“We had different sections of roof available at different times to fit in with this complicated jigsaw of getting everything up and going,” explained Gavin Roberts, Solarcentury’s senior project manager, adding that the company had even considered shipping some of the components in via the Thames.

This is exactly the sort of project, though, that gets easier the more times a company’s done similar work — the more big, urban solar projects go up, the faster and cheaper the next one will be. Looking forward to an all-solar London Bridge!