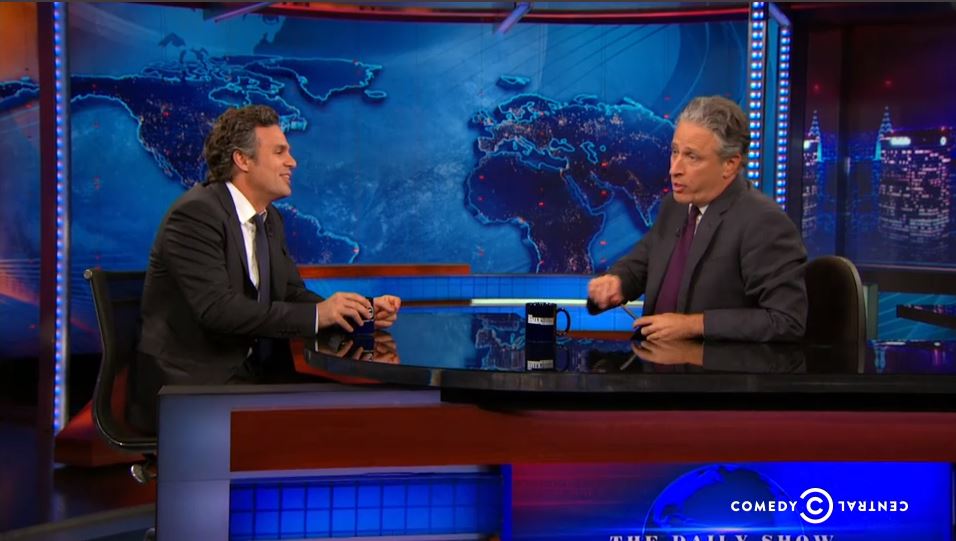 Mark Ruffalo, one of Grist’s true loves (the truest, babe, *two-finger-lip touch*), is the kind of stand-up guy who says things just how they are — whether that means advocating for renewable energy and workers’ rights, or fearlessly speaking out about how truly smokin’ hot is one Umbra Fisk.

Ruffalo’s most recent move to speak truth to power was during an appearance on The Daily Show with Jon Stewart (another designated Grist boyfriend) on Thursday night. During the episode, he 1) hunkily burst out from backstage before his interview to call Stewart out for not having seen his new movie (though how we hate it when they bicker), and 2) talked anti-fracking legislation and advocate a conversion to renewable energy. Oh, you two! Seeing you together on the same stage — I just can’t. Swoon.