My friends are big fans of bonfires, but I'm feeling ashen 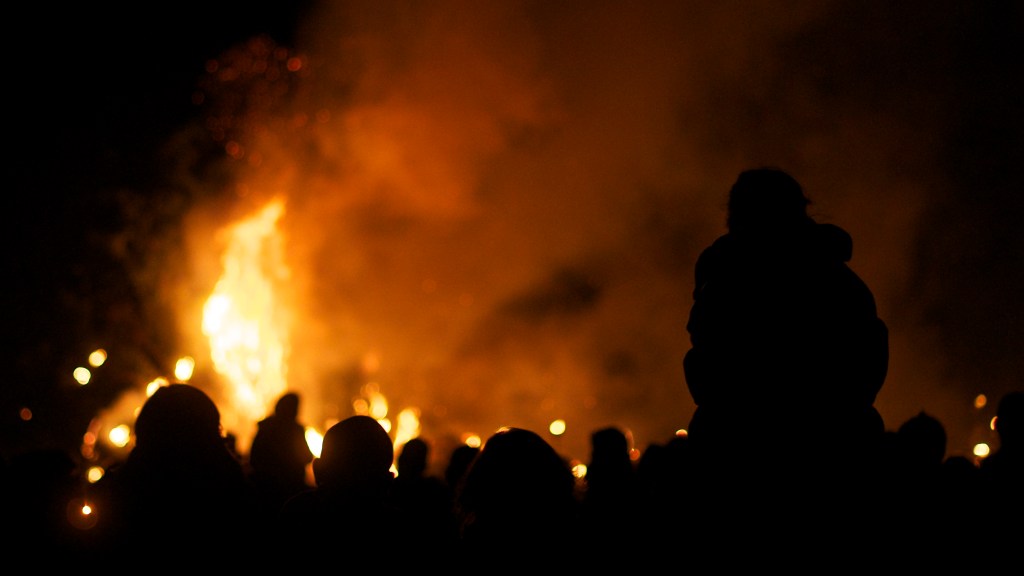 My friends are big fans of bonfires, but I’m feeling ashen

I am a member of a group dedicated to the preservation of a local wetland. Every year, we celebrate Earth Hour with a community bonfire. The members of the group assure me that there is no environmental impact because burning wood releases the same amount of carbon as leaving the wood to decay on its own. But it takes considerably longer for wood to decay naturally; burning it releases that carbon exponentially faster. Plus wood fire smoke emits fine particulate matter. I think the bonfire sends the wrong message. They say it is just one night, and that Earth Hour is about turning off lights. What do you think?

Killjoy. Party pooper. Wet blanket. I’ve been called all of these and worse in my time as a columnist. This kind of name-calling goes with the territory of being an environmental watchdog, I’ve learned — it’s just what happens when you occasionally have to tell people that their beloved food/pastime/grooming habit actually isn’t such a hot idea for the planet. Perhaps this bonfire brouhaha has prompted a similar reaction from your group?

Look, Jen, there are two ways we can approach this. We could argue that a raging, carbon-spewing bonfire might not be the earth-friendliest way to celebrate Earth Hour this March 19, pointing out all the problems with this ritual. Or we could take a more sanguine approach, figuring that one bonfire makes for a fun night (er, hour) and won’t matter much in the grand scheme of things.

I can’t tell you where to land on this issue, Jen. But I can give you some kindling for thought, and some suggestions for greening up whatever celebration your group chooses. Fair enough?

Let’s spark up this discussion with your central question: Is burning wood a shortcut to carbon overload? Well, as with so many planetary issues, the answer is a little hazy. As we all probably remember from science class, trees pull carbon dioxide out of the air as they grow, temporarily sequestering it within their leaves and branches. And it’s true that a decaying tree would eventually release about the same amount of that CO2 as microbes go to work breaking down the wood. Burning that wood does, as your pals point out, merely accelerate the process. However! Decaying wood has a couple of things going for it: First, some of the carbon it releases ends up not in the air but in the soil, where it will stay for a good long time. Second, while wood is decaying it can provide a happy, squishy home for woodland critters — surely a benefit your wetland pals can appreciate.

Of course, much also depends on just how we get our firewood. If we cut down a mature tree and burn it, we are doing something worse than depriving fungus beetles of a home by collecting fallen logs; we are releasing carbon that would have stayed locked away in the tree for years, maybe decades. And any new trees planted in its place would need years to grow large enough to do an equivalent job storing carbon — provided the logging outfit is sustainably managed and replaces the trees in the first place.

And then — continuing my Debbie Downer act — there’s the matter of air pollution. No way around it: Open fires emit some unpleasant byproducts along with that cozy campfire smell. You noted fine particulate matter, Jen, which is one of the biggest issues: These tiny bits of organic material can get lodged deep in the lungs of breathers near and far, aggravating asthma and other respiratory problems and contributing to lung disease, heart attacks, and strokes (and making the air hazy to boot). Smoke also contains carbon monoxide, formaldehyde, and nitrogen oxides, all of which have their own troublesome effects on health and the environment.

For these reasons, a bonfire alternative would probably be an earth-friendlier option for your Earth Hour celebration. Might your group be persuaded to try something new this year? You’ll find plenty of community event ideas here and here, but my favorites include a candlelit dinner featuring prominent chefs, an acoustic concert, a stargazing party, glow-in-the-dark dance performances, and a lantern-making party followed by a lantern-lit walk. Just be sure to stock up on cleaner-burning beeswax or soy candles, and you’re all set. What fun!

But if, after musing on all of the above, your group is still all fired up about a bonfire, you can at least green it up by burning dry, untreated wood, which helps reduce nasty emissions. If you can find scrap wood destined for a landfill, so much the better (though you still want to be sure it’s the untreated variety). Skip chemical accelerants like lighter fluid and light it up with some old-fashioned matches instead. And if you would, keep it small — a Burning Man-style pyre might look impressive, but a gentle campfire will be a lot lighter on the land.

If you’re still feeling glum about this Earth Hour inferno, why not organize a companion tree-planting event for your group? Supporting healthy, carbon-absorbing forests in your neck of the woods might even let you enjoy this annual indulgence, and then nobody can accuse you of being a party pooper. Until you point out the carbon impacts of your group’s eating, driving, flying, and electricity-using habits for the year.