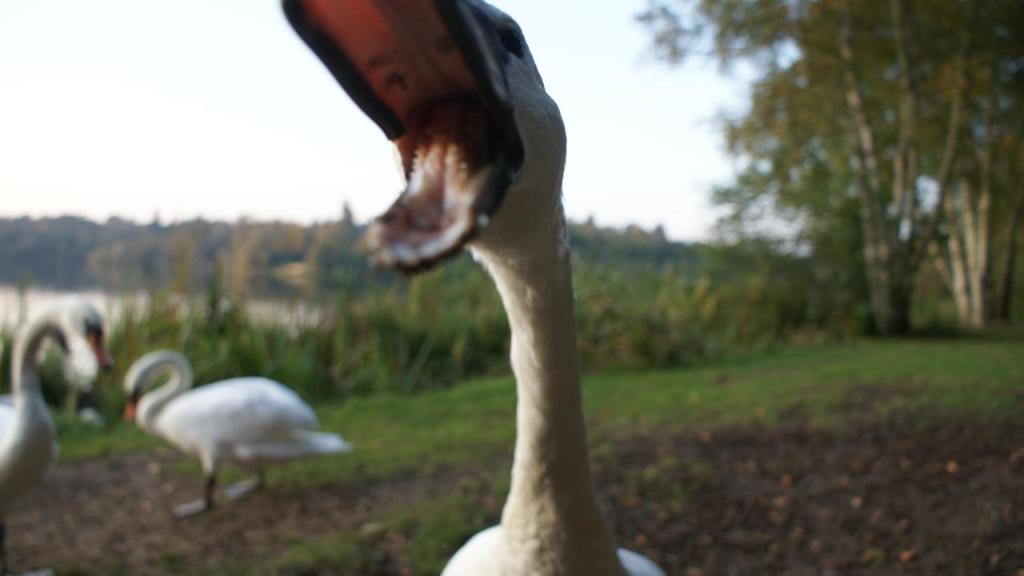 Did you hear the one about the ugly duckling who grew up to be a beautiful, graceful, complete asshat invasive species that threatens not only people and other birds but also commercial air travel? Well, the New York State Department of Environmental Conservation has, which is why it wants to get rid of the state’s 2,200 mute swans in the next 12 years.

Oh, sure, swans are beautiful — at least that’s what you’ve been told to believe — but they’re also the worst kind of arrogant mutated dinosaur. They attack people, hurt other birds, destroy fish and waterfowl habitats by eating underwater vegetation, threaten passenger jets, and if they could open their beaks wide enough they’d eat you and everyone you love. So the conservation department wants to classify them as a “prohibited invasive species” — mute swans were imported in the 19th century — and start bumping them off.

This wouldn’t be pretty, says the New York Times: “The birds would either be shot or captured and gassed; eggs on nests would be oiled, which keeps them from hatching.” And predictably, animal rights activists are not happy about it, nor are fans of the swans in New York City’s parks (though the Audubon Society is likely to sign off). The Times says that “some wildlife activists have named the swans [in Prospect Park] and can tell them apart” — presumably “that one that bit me,” “that one that shat on my car,” “that one that followed me around squonking in a threatening manner,” etc. (Yes, they’re called mute swans, but they do squonk, because swans are liars.)

Obviously we never like to see animals killed off willy-nilly, even animals that are assholes (cf. our position on dolphins). But a less-cute invasive species — say, the snakehead — probably wouldn’t garner this kind of support. Should swans get a pass just because they appear on ornate Victorian valentines? The conservation department thinks not.