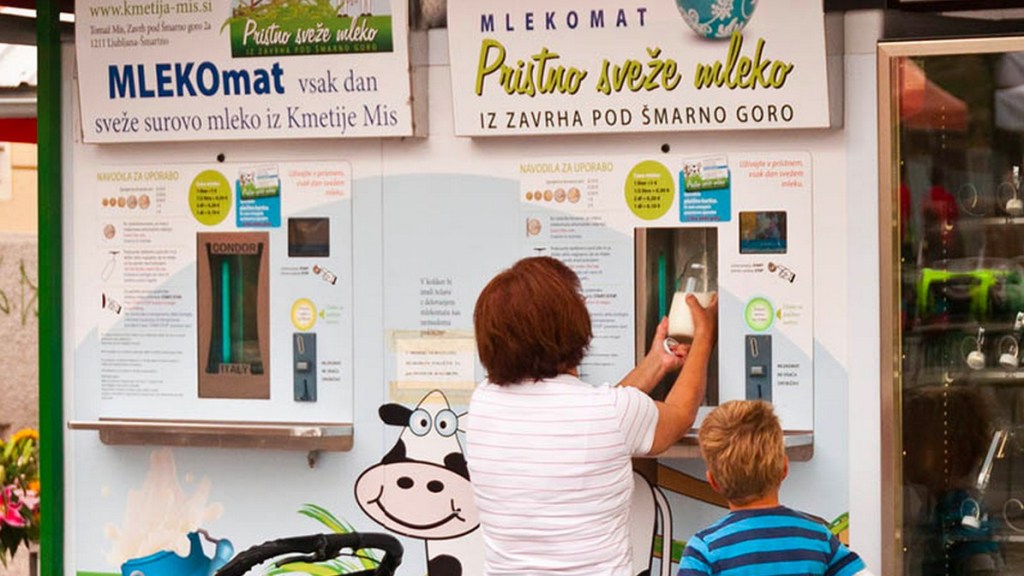 What if buying fresh milk from local cows were as easy as getting a Sprite? It is in Europe, of course (an entire continent seemingly dedicated to inspiring jealousy).

[T]he unskimmed milk from the mlekomat is utterly unrecognizable compared with the bluish, watery counterpart I bought in the U.S.

True that. Skim milk is nobody’s idea of a good time.

Of course, there are some problems with quality control. Mlekomats automatically stop selling milk if it hits an unsafe temperature — even texting the vending machine owner a real-time alert! — but as Rutgers professor Don Schaffner told Modern Farmer, some pathogens can thrive even if the milk is refrigerated. (Exhibit A: Italy’s problems with raw milk pathogens.)

Sure, drinking raw milk could kill you. But cigarettes can too, and they’re still in vending machines across America.