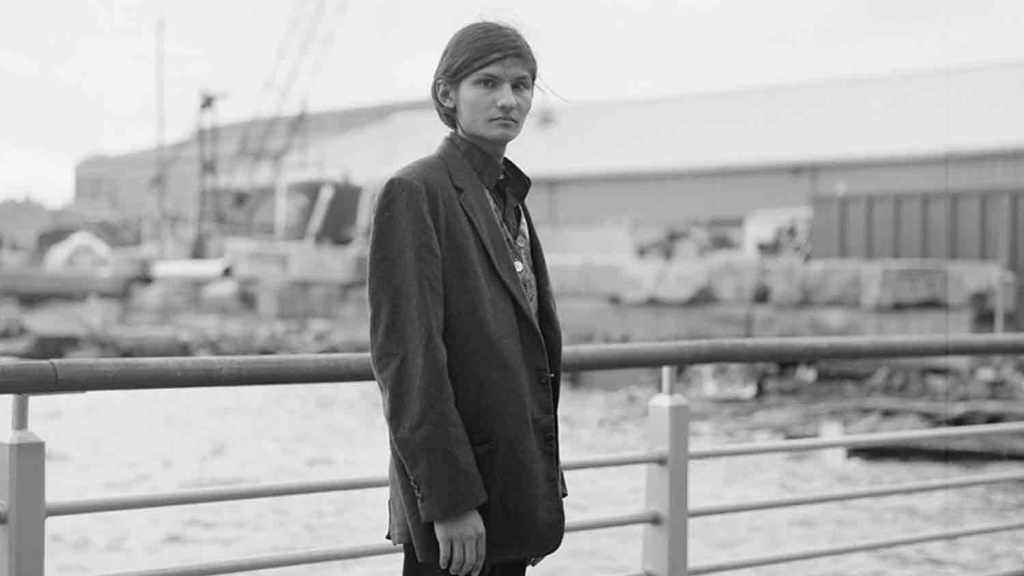 Narayana Angulo spent practically his entire childhood locked in a cramped public housing apartment on the Lower East Side of Manhattan. He and his six siblings grew up under the strict rule of a controlling father, Oscar, who let them go outside maybe a few times a year, although never during the winter, and one year, not at all. The family lived on welfare and whatever small income the kids’ mother, Susanne, earned for homeschooling the whole brood.

The Angulos’ incredible story is featured in the new documentary The Wolfpack. The film focuses on how, with almost no connection to the outside world and only so much to do in their four-bedroom apartment, Narayana and his brothers turned to movies (their sister, Visnu, has special needs). They watched thousands of films over the years and even reenacted some of their favorites on camera: Reservoir Dogs, Halloween, No Country for Old Men, JFK. They used handwritten scripts (if they didn’t already have the dialogue memorized) and homemade props. Here’s Narayana playing Samuel L. Jackson’s character in Pulp Fiction:

The Wolfpack is now a hit. It won the grand jury prize at this year’s Sundance Film Festival and is available both in select theaters and online.

Today, life is very different for the Angulo boys. In 2010, Narayana’s younger brother Mukunda (15 at the time), ventured outside without his father’s permission. The others, now between the ages of 16 and 23, gradually followed suit and have since fully assimilated with the outside world. Some of the boys no longer speak with their father, although only one — Narayana’s fraternal twin, Govinda — has actually moved out. Some have jobs, a few cut their long hair, and two even changed their names.

For Narayana, now 22, freedom meant finally being able to pursue one of his longtime passions: environmental activism. For the past three years, he’s worked for the New York Public Interest Research Group (NYPIRG), a nonprofit advocacy organization. Most of his work with NYPIRG has focused on the anti-fracking campaign in New York that culminated in a statewide fracking ban last December.

I spoke with Narayana over the phone about how he developed an interest in the environment from inside a tiny apartment in Manhattan and how he’d eventually like to make movies that bring environmental issues to the silver screen. Our conversation has been edited and condensed.

Q. How did you get interested in the environment?

A. It was really my mom that sparked my environmental interest. She was my teacher growing up, and she made sure that we were very well-educated on the environmental issues. Science was one of my favorite subjects, so I would read all these books about climate change and toxic chemicals. I read a lot about Rachel Carson. Reading Encounters of the Archdruid, I was really inspired by how big of an activist [David Bower] was when he took his journey with these men and tried to tell them the importance of conservation. I also was a big admirer of Jane Goodall. And Sandra Steingraber as well — Living Downstream and her long personal battle with toxic chemicals, with breast cancer and trying to raise awareness for other people who are facing the same sort of issues. Oh, and of course, Lois Gibbs.

Q. Are there any films about environmental issues that influenced you?

A. The China Syndrome was one. That had such an interesting story behind it. Just three weeks after that film opened, Three Mile Island happened, and it happened in pretty much the exact same way that the movie predicted an accident could occur at a nuclear power plant, so the film had a lot of truth in it.

There are actually not that many films that deal with [environmental] issues, which is something that I thought a lot about growing up. I’d like to see more films like that that deal with those things. A lot of these issues are mostly the target of documentaries.

Q. Why do you think that is?

Q. Did you get to interact with nature at all when you were growing up?

A. The most we got to do was go out to Central Park and East River Park. The same way movies used to be kind of a window to the outside world for us, science books and documentaries were kind of a window into that other world that was out of the city. That’s the world that I mostly longed for. Reading about Rachel Carson’s upbringing — her mom would take her to the shore and to natural places and show her the wildlife — I’ve always talked a lot about that with my mom, asking her about how she grew up. What did she see? What kind of wildlife did she interact with? That was mostly the extent of my interaction with the natural world.

Q. Having grown up in Manhattan, do you have much interest in urban sustainability?

A. Absolutely. That’s something that I’m still learning a lot about. There was a really good documentary called 2012: Time for Change, which was supposed to be like a symbol because 2012 was thought of as the year of change, if not the end of the world. The documentary basically talks with a lot of people about how in an urban area or urban setting, we can have a more sustainable system and not only provide energy, but just basic living [requirements].

Q. Do you think you’ll stay in the city?

A. I will definitely move at some point. Somehow I feel like I’m not completely done with New York. I’m thinking about visiting West Virginia and seeing what’s happening with the fracking over there and the coal mining over there. There was this documentary I saw called The Last Mountain, where Robert F. Kennedy was visiting communities and seeing how the coal industry was affecting them — how it was really taking a toll, the mountaintop removal in particular. But yeah — I do hope to in the future be traveling a lot, visiting a lot of different places where communities are still struggling with these issues and taking part in that somehow, whatever way I can.

Q. Have you been traveling a lot to do promotion for The Wolfpack?

A. Yeah. Going to Sundance was a very beautiful experience. It was out in the mountains and out in the snow, and there were really beautiful trees surrounding the entire area. I went to L.A. — not the most natural place in the world — but that was nice. And we will be doing more traveling abroad in the future, so I’m really excited about that.

Q. How did you end up at NYPIRG?

A. It started with Gasland. When I first saw that documentary, I had never heard about fracking before. Watching it felt like the way I felt reading Silent Spring. I was just really hit like a hammer or something. I heard that it wasn’t happening in New York, and when I heard there was a campaign on it, I jumped on board immediately. I just spent most of my time at rallies and protests and doing street performance things, and then a friend of mine told me about NYPIRG — that’s the first time I had heard about them — so I jumped on board immediately, and that was it. I’ve been with them ever since. It’s my third year working at NYPIRG.

Q. People come to environmental issues from all angles — politics, science, art — would you say yours is storytelling?

A. Yeah, because I think there are very interesting stories about the people who deal with these issues. The stories of Lois Gibbs and Rachel Carson and Sandra Steingraber are just amazing; they’re just mindblowing. Those are the kinds of stories that I grew up wanting to see on-screen. I think cinema is a really powerful medium.

Oliver Stone [I find to be] one of the most inspirational filmmakers, simply because he could make a ton of movies that dealt with that time that he grew up in — the turmoil of the ’60s, the Vietnam War, and the Kennedy assassination — and he could tell all those stories on film, instead of a PBS documentary.

Q. Do you want to make documentaries as well as fictional narratives?

A. I’ve always just been interested in fictional narrative — not just fictional, but feature narrative. A lot of movies are based on true stories, like JFK, and that’s what I love about that form of cinema: you can tell a completely fictional story based on something real. I don’t know what it is about documentaries that I have never felt like going through with. It might be the idea of following something real and taking that risk of never knowing what you’re gonna find. I guess I just like putting together a story that I already have in mind. Also, a lot of stories that deal with environmentalism and nature are already covered in documentaries, and I want to see a lot of them on the silver screen.

Q. Do you get a sense that movies these days tend to have a very dystopian take on the future?

A. Absolutely. This new documentary called Racing Extinction — it was by the same filmmakers who did The Cove — is about this theory that if something is not really done to avert climate change, we could be facing a sixth extinction that’s for the entire human race. So yeah — I do think that is a very prominent theme these days. But what I got from that film in particular was that there really is a huge spark of hope, because more people are being awakened to what’s happening, and that’s how I feel everyday when I just go to different neighborhoods and talk to people.