What if virtual reality is our best chance to save the planet? 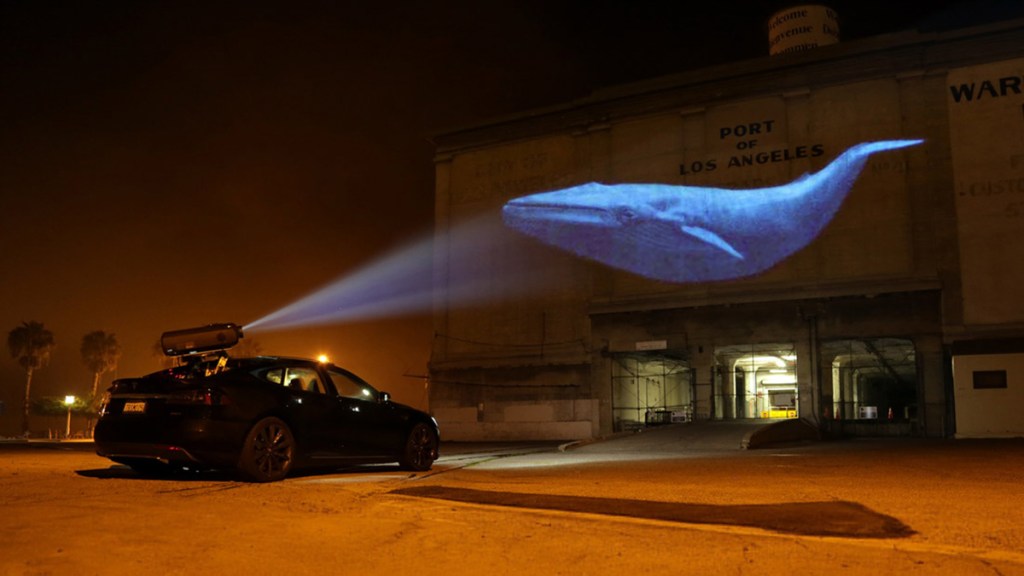 What if virtual reality is our best chance to save the planet?

This weekend, I found myself deeply depressed after attending the Sundance premiere of Racing Extinction, Louis Psihoyos’ newest documentary about the human-made mass extinction that is currently threatening the planet — but not for the obvious reasons. A lot of the material is not news for the average follower of environmental affairs: An unprecedented spike in carbon dioxide, an acidifying ocean that’s slowly ending aquatic life as we know it, and rapidly disappearing species all over the globe. Sad, but pretty much par for the course. What really got me was, instead, found inside of a cardboard box a few hours after the film’s conclusion.

Racing Extinction starts out with Psihoyos explaining that “there’s more than just human perception.” That includes a whole spectrum of sounds and sights that you, the ostensibly normal person, have probably spent a cumulative 45 seconds of your entire life thinking about: whale sighs, bird songs, microscopic plankton. The idea is that the global ecosystem as we know it will collapse should any of these species go silent — as they are, at a rate between 1,000 and 10,000 times faster than that of the background extinction rate.

The thesis of Racing Extinction is that if we can bring the sights and sounds of the natural world to humans who would otherwise never think about them, they might be motivated to alter their habits enough to stave off disastrous degrees of climate change. And sometimes, this actually does seem to work. For example, we learn that fishermen off the Yucatán Peninsula have actually been able to make more money from taking tourists swimming with whale sharks — and getting to know them up close and personal (but not too personal) — than they have from hunting them.

But for those who can’t make it to the Gulf of Mexico themselves, Psihoyos suggests, there’s the option of a virtual experience. At the movie’s climactic moment, the filmmakers project the sounds and images of sea life across New York City skyscrapers as a stunt for the Oceanic Preservation Society — to “bring nature to the city.” It’s lovely, if a little overwrought: Cue shots of New Yorkers weeping quietly as they’re suddenly surrounded by massive projections of whales and turtles and crumbling mollusks, complete with stats on their imminent extinction.

The real heartache didn’t hit me until after leaving the theater. Within a couple hours of leaving the premiere — which concluded with the rare Sundance standing ovation — I wandered into one of the countless corporate-sponsored showcases that permeate the festival. In a very dim, red-lit room, I found dozens of Sundance attendees stumbled around staring upwards into cardboard boxes held over their eyes, not talking to anyone.

“Would you like to try Google Cardboard?” asked a very chipper product rep. It was cheaper (read: free) than the $9 Grey Goose cocktails being offered across the room, and appeared to be a better bet for escaping reality for a few moments.

Google Cardboard, for the happily unaware, is literally a piece of cardboard that you fold into a box, wrap around your smartphone, and use to block out the world around you as you enjoy the virtual reality program of your choice. It is the everyman’s Oculus Rift.

Holding what felt like a stereoscope designed by the USPS over my face, I found myself dropped into a Pacific Northwest mountain scene, complete with tranquil lake, snow-capped peaks, flocks of birds and, inexplicably, fits of swirling colored ribbons.

This went on for a few minutes before I started to feel profoundly sad, and more than a little dizzy. Are we really at a point where people would rather experience nature through a smartphone screen, I thought, which is where the sad majority of us spend our time anyway? Why can’t you just go to a damn lake?

Well, as my brother-in-law thoughtfully reminded me later, what if you can’t get to a damn lake? What if you, like more than half of the world, live in a city? What if you don’t have the time or the money or the means of transportation to spend time in nature?

It’s kind of the ultimate in tragic irony: The fate of the planet rests on the actions of a species that largely does not care about whether other plants or animals live or die, because we are so far removed from them in our day-to-day lives. This distance isn’t necessarily a bad thing in and of itself — the whole “swimming with whales” thing sounds great, but it’s really not feasible for the vast majority of the world and probably wouldn’t be that great for the whales, either. The best hope that they have for survival is for their images to be virtually dangled in front of our eyes: Hello! Here we are! Please don’t let us die!

I don’t disagree with Psihoyos’ evaluation that humans have a difficult time caring about other living things when they aren’t even aware of them, and I don’t think it’s a bad idea at all to try to increase that awareness through film or art or virtual reality. I just don’t know what’s the bleaker fact here: That the best access to nature for most humans might, eventually, have to come by way of yet another screen, or that — without those screens — there’s very little hope that humans will care about it at all.