People: Stop getting your panties in a wad about "fake" charity clothing bins 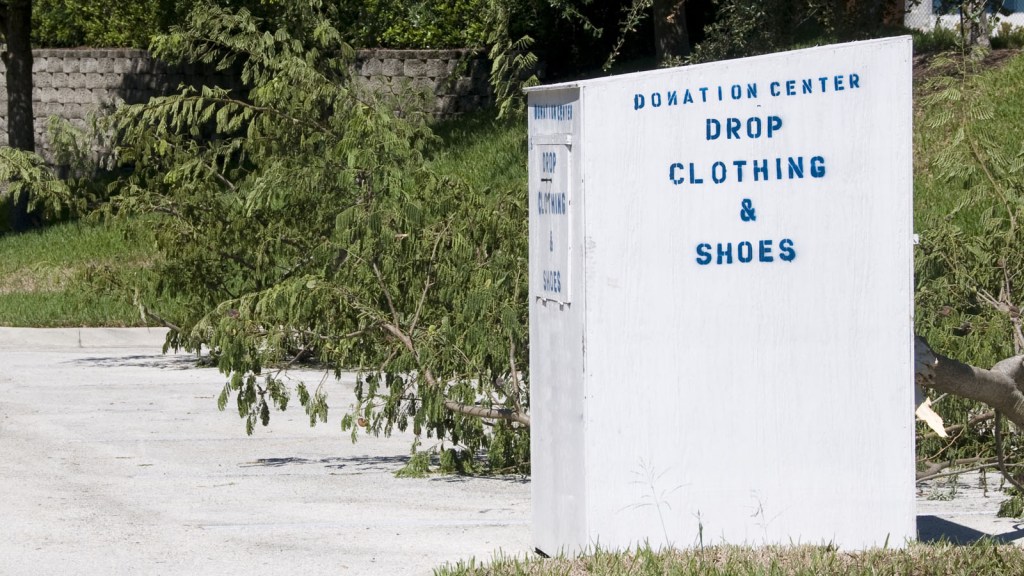 People: Stop getting your panties in a wad about “fake” charity clothing bins

Used clothing bins — those metal boxes where people drop their unwanted or used shirts, jackets, jeans, belts, and the occasional human skull — sure are making people mad these days.

The problem is in the sales pitch: Some of the sketchier bins on street corners and in parking lots have “DONATION” stenciled on the side. As a result, people think that their old spandex jeggings, those Uggs from last season, and the hot pink Juicy Couture sweatpants that they only wore once are going to a person in need. In fact, those “donations” are going to textile recyclers who are making billions selling the clothes to companies overseas that grind the clothes into material for industrial uses.

While it isn’t exactly a news flash that most of the clothes from these bins go to for-profit companies, a recent New York Times article condemned the boxes as public nuisances, calling them magnets for graffiti and crime, and fire hazards. The city of New York has upped its efforts to haul away the bins. One New York state assemblyman has made getting rid of them his cause celebre, and the bins have been causing turf wars in other states.

It’s certainly one thing if the bins are fabricating falsehoods about charitable intentions, but the sad reality is this:

– Americans buy five times as much clothing as they did in 1980 (that’s a 40 percent increase in textile trash). And with the proliferation of fast, cheap clothing, more and more textiles are ending up in landfills, and more and more charities have to throw these clothes away to because they are unfit to sell.

– Americans throw away over 25 billion pounds of clothes each year, and most of it ends up in landfills. Only 15 percent of clothes get donated or recycled. According to the EPA, textiles and fabrics have one of the lowest recycling rates for any reusable material.

– Even legitimate charities like the Goodwill only end up selling about 20 percent of what gets donated in their retail stores anyway. The rest gets sold to — guess who — textile recycling companies that either sell the clothes to overseas markets or pound them down to make industrial rags and carpeting materials.

The bins are clearly not the problem.

As Elizabeth Cline, author of Overdressed: The Shockingly high Cost of Cheap Fashion notes in a recent article in the Atlantic’s CityLab, people tend to do what is most convenient for them. If a clothing donation bin is nearby, they will be more likely to throw their used clothes in the bin, rather than a garbage can. And recycling is certainly a better option than piling up in the landfill.

So stop flipping out about the bins, people. If you really want your old rags to go to someone in need, you can increase the chances by taking them to Goodwill. But the biggest thing you can do? Stop buying so many cheap clothes!