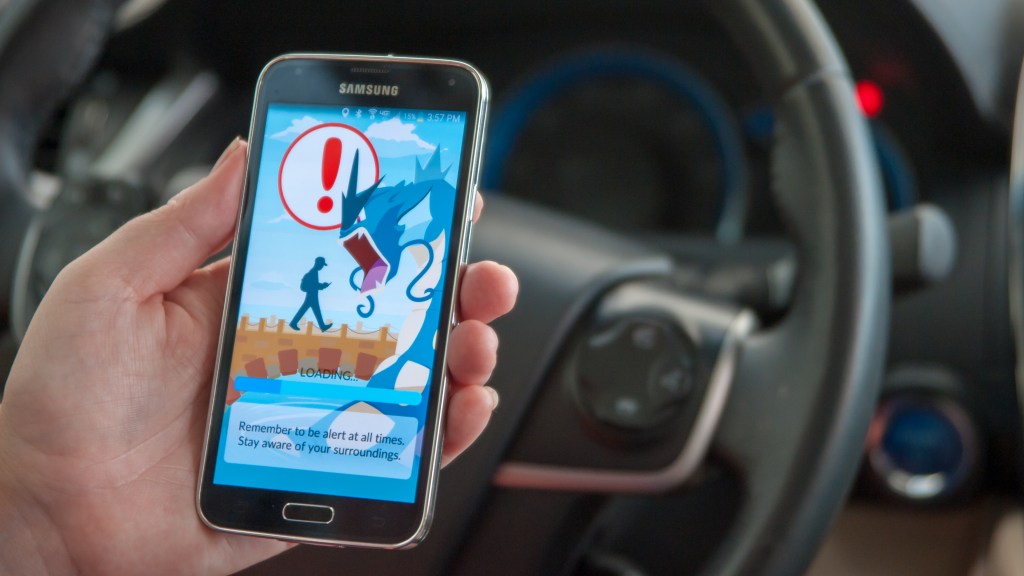 Soon after Pokemon Go hit the App Store, reports started rolling in of the dumb lengths people have gone to in order to capture the little guys — like playing at the Holocaust Museum, Ground Zero, a funeral, or — more commonly — the middle of the street. Concerned about potential accidents caused by zombie-like trainers with their heads in their screens, the National Safety Council urged people to exercise caution playing the game. “No race to ‘capture’ a cartoon monster is worth a life,” wrote the Council. Clearly, they’ve never seen a Charizard.

Naturally, both players and haters alike took to Twitter to remind people to look up from their screens every once in awhile — and, for once, we recommend listening to them. And if you need a reminder, well, there’s an app for that, too.

I've watched so many people walk back and forth on the beach glued to their phones talking about Pokemon, cmon look up its gorgeous out

Idc if you play Pokemon Go, just please be careful and look up before crossing a street. I almost hit a guy yesterday bc he didn't look up 🙃

Last night as soon as I stepped on campus I was flooded with Pokemon…it was great, I didn't look up from my phone for hours, I loved it

Low key though y'all gotta look up when you're playing Pokemon. I almost ran someone over today during my run.

I was just out looking for Pokemon in the neighborhood, I look up and what do you know I see a skunk s

Literally no one enjoying the view. I feel like a cranky old man, but freaking Pokemon. You DROVE to the BEACH. Look up!!!

Tim and I just witnessed a breakup because of Pokémon Go. Bruh didn't even look up. #pokemongodestroysrelationships #PokemonGoProblems

Saw a guy walking around the mall with his face buried in a book. He should really look up at the world every now and then. There's Pokemon.