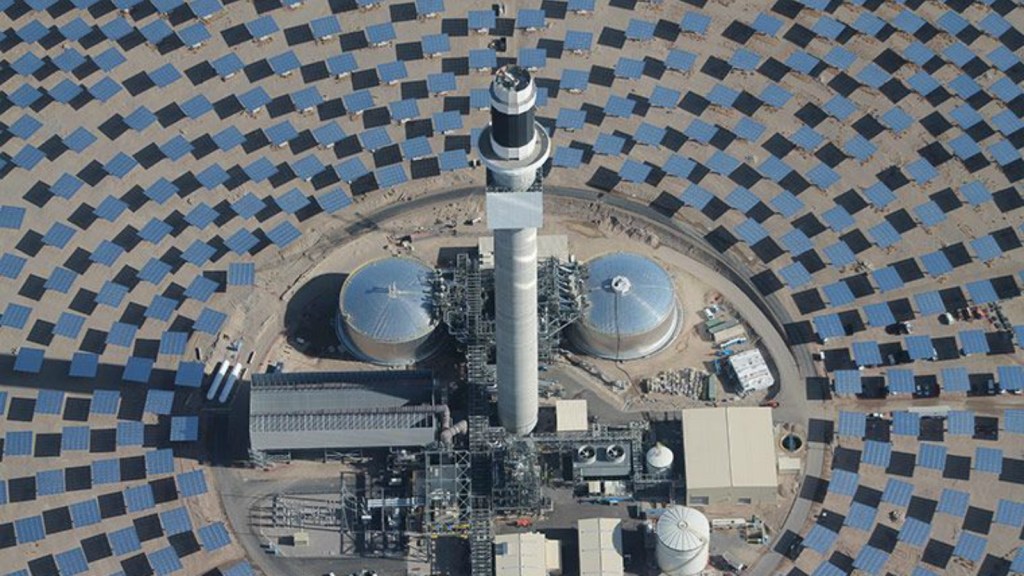 It’s a bird (igniting in mid-air), it’s a (solar-powered) plane, it’s a new innovation in the world’s solar power repertoire: The Crescent Dunes solar energy plant, the world’s first utility-scale facility that stores solar power in molten salt, can supply electricity even when the sun don’t shine. This super-plant can even supply 10 hours of it, enough to power 75,000 homes.

Located deep in the Nevada desert, a 600-foot tower shimmers in the intense rays of sunlight reflected off more than 10,000 giant mirrors. The mirrors concentrate heat on the giant load of sodium and potassium nitrates that are sent to the top of the tower. These salts have extremely high melting points, and can reach temperatures of more than 500 degrees Celsius. Their heat is channeled towards boiling water to produce steam, which spins turbines and generates electricity when needed. When not needed, the salt is stored in insulated tanks on the ground.

Other companies have also harnessed the hidden power of hot salt. But their method heats the salt indirectly, by first heating other fluids such as thermal oil. The 110-megawatt Crescent Dunes plant manages to do it more efficiently by heating its salts directly. Scientific American elaborates:

The benefit of using molten salt as both the energy collector that creates steam and the energy storage mechanism, however, is that it eliminates the need for expensive heat exchangers to go between different fluids… Plus, the molten salt medium is cheaper, more environment-friendly, nontoxic and nonflammable compared with oil.

Developed by SolarReserve, a California-based renewable energy firm, the zero-emissions Crescent Dunes hooked up with the electrical grid in late 2015, and has ramped up its commercial operations ever since.

Molten salt technology is not new, but it does look promising. There are plans for a second plant in South Africa later this year. Here’s hoping this Superman of our times doesn’t run into too much of its special kind of Kryptonite — tortoises.