Retirement homes open up to college students. Everybody wins - Grist 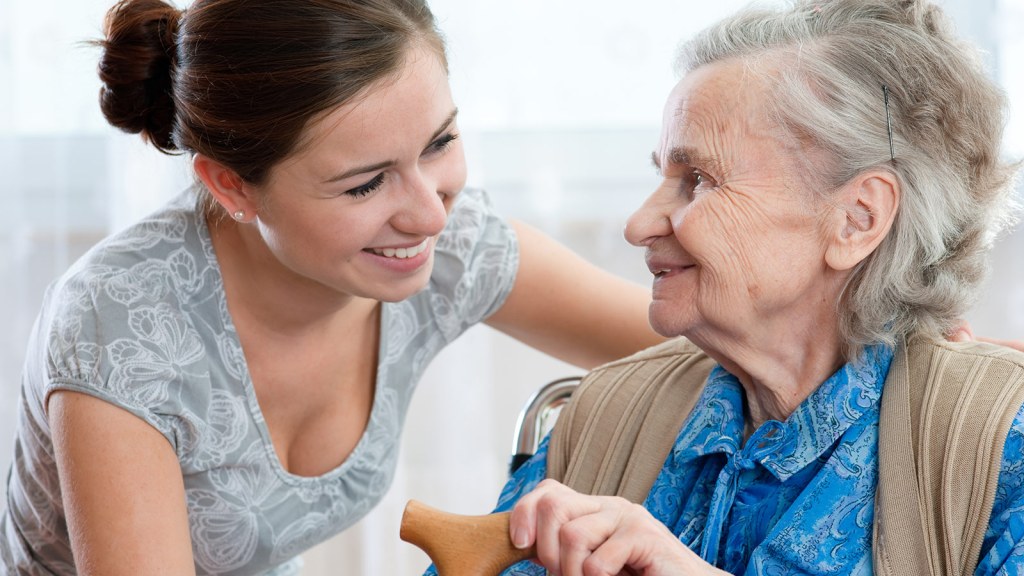 Retirement homes open up to college students. Everybody wins

You might not think college students and old folks would make the best housemates. But, faced with a shortage of student housing and a decline in funding for retirement homes, the Dutch government came up with a unique approach: They combined the two. Meet Humanitas, a long-term care facility in the eastern Netherlands, where elders live side-by-side with students.

Students in the Netherlands spend an average of 366 Euros (roughly $410) each month on rent, up from 341 Euros in 2012. Student housing is often cramped or dingy, and is increasingly difficult to come by. Amsterdam, for instance, was short almost 9,000 student rooms last year.

Meanwhile, long-term care facilities in the country are facing problems of their own. In 2012, the Dutch government decided to stop funding continuing care costs for citizens over the age of 80 who weren’t in dire need. A large group of aging adults, who had once benefited from a free all-inclusive ticket to a home like Humanitas, found themselves unable to shoulder the costs.

The new ruling resulted in fewer people seeking long-term care communities, making it difficult for those communities to stay afloat. In order for Humanitas to survive in this new environment, it needed a unique selling point. One that wouldn’t cost residents any more than they were already paying.

And that selling point is college kids.

While the students live rent-free, they pay for their rooms by working with the elder residents for 30 hours a month, according to CityLab. That includes teaching them things like email, social media, or doing art projects. They also just hang out. Loneliness is linked to depression and mental deterioration late in life, and the students’ presence may keep the elders younger longer.

As CityLab mentions, Humanitas is not alone. Judson Manor, a retirement community in Cleveland housed in a former luxury hotel, opened its doors to students at the nearby music institute in 2010. Students at Judson Manor play regular concerts with — and for — elder residents.

“When the idea was proposed, some residents were afraid of wild parties,” said Richard K. Gardner, 86, a resident at Judson for 12 years, to the New York Times. But, he continued, “It has far exceeded any of our expectations. It’s hard to overestimate what it’s done for the culture here.”

It’s a great idea — in cities where rent is becoming increasingly unaffordable, maybe this intergenerational living could work for more than just students. Any retirement homes in Seattle want to adopt a 32-year-old news writer? Call me!