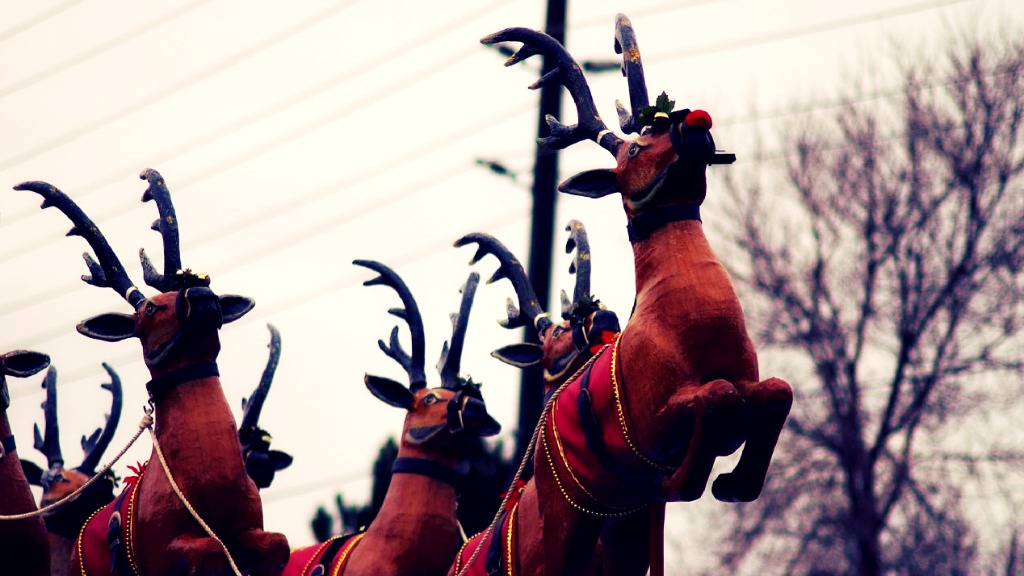 On Dancer, Shmancer, and whatever your names are! Please take Santa up into the sky with some duct tape for the ozone, because pretty soon y’all are gonna get as hot as Rudolph’s nose is red.

In the next 60 years, climate change could shrink reindeer habitat in Canada by 90 percent, according to a new study. That’s not only bad news for Schnitzel Blitzen but shitty for native people whose diets are based on caribou (which is technically what reindeer are called). Postmedia News reports:

It is estimated more than two million caribou roam Canada from Ellesmere Island to British Columbia, with some herds covering thousands of kilometers during their annual migrations. But biologists say many of the populations are threatened and in decline. …

Mining, logging, and oil and gas activities are degrading caribou habitat across Canada. And climate change is a huge threat, with [caribou expert Steeve] Cote and his colleagues predicting the distribution of caribou will “become more restricted to high latitudes than today, with possible extirpations in the southernmost regions.”

Aw, crap. Looks like Kris Kringle should invest in a solar-powered sleigh and let his reindeer save their energy for climate adaptation.