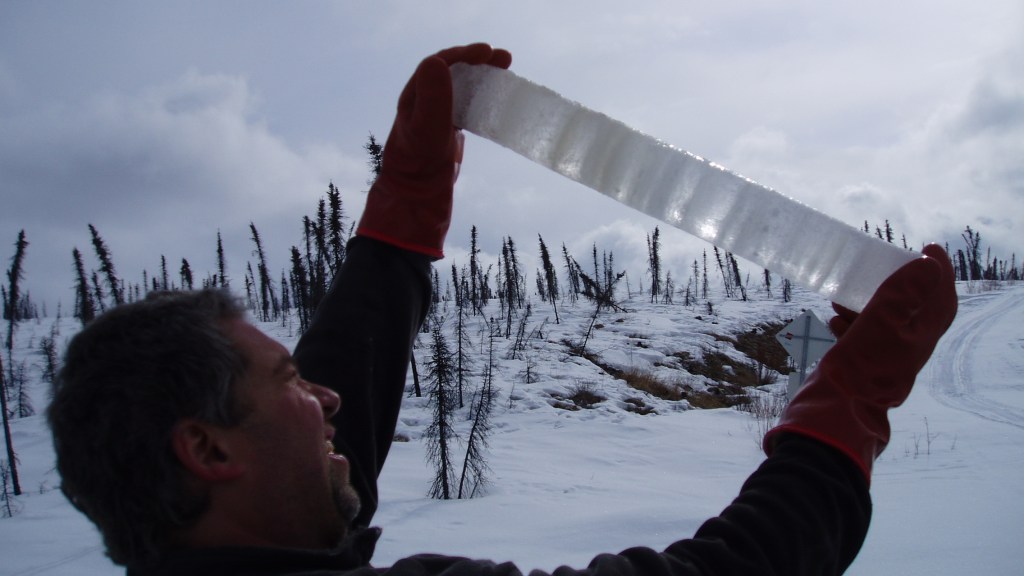 Climate scientists love ice more than a stereotypical rapper from the early 2000s. They particularly like old ice — it’s full of information about how the climate has changed over time. Right now, the oldest ice core anyone’s ever drilled is 800,000 years old. But there’s older ice out there — ice that, at 1.5 million years, is about twice as old. And a new paper (titled, rather delightfully, “Where to find 1.5 million yr old ice for the IPICS ‘Oldest-Ice’ ice core”) is sort of like a treasure map for geeky climate scientists trying to find it.

The paper highlights parts of the Antarctic interior close to the major domes, which are the highest points on the ice sheet, as likely candidates to find the core.

“We haven’t really pointed out a final location yet. What we’ve pointed out are major regions where it would be worthwhile to look into more detail,” Fischer said…After an area is selected for a hand-held survey, scientists could do a quick reconnaissance drilling mission there to measure heat fluxes from the bedrock and see whether the ice there seems a likely candidate for the oldest core.

Climate scientists are particularly interested in the older ice because they know from sediment cores that the climate behaved differently before 800,000 years, cycling back and forth between warmer and colder periods more quickly. The old ice will give them even more information about those shifts. But first they have to figure out how to get it.