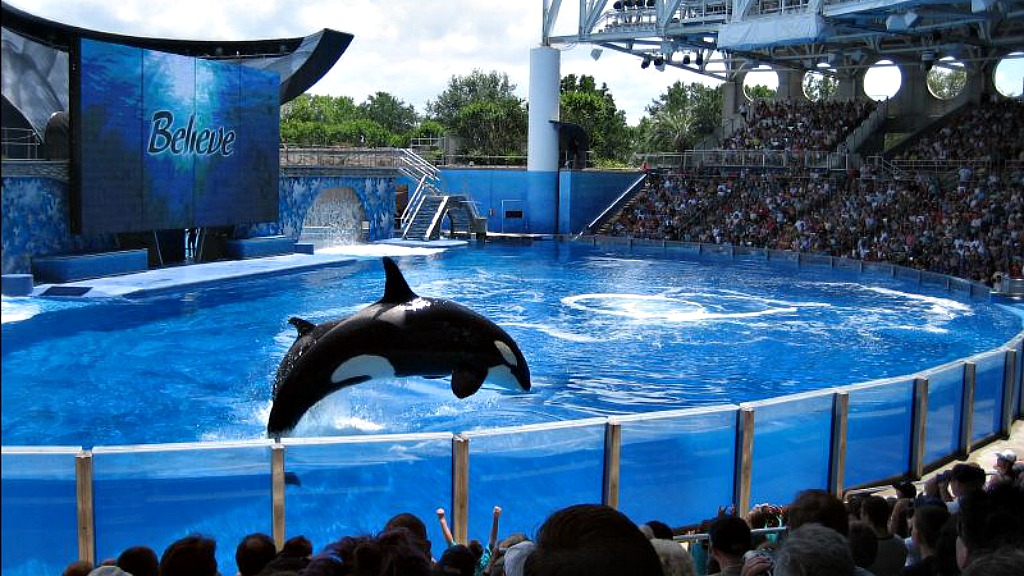 You know those rumblings about Prozac in our drinking water? That might not be too far off for the animals at SeaWorld.

BuzzFeed got its sticky mitts on an affidavit that reveals SeaWorld is giving its orcas benzos to make them chill out and stop attacking each other. It’s basically an attempt to use orca Xanax to numb the animals’ aggression and general pissed-off-ness at being snatched from the ocean, plopped into captivity, and forced to perform.

Trainers give their orcas, also known as killer whales, the psychoactive drug benzodiazepine, according to the sworn affidavit filed in the Ontario Superior Court of Justice … The orcas’ mental health issues, SeaWorld’s critics say, are a direct result of their keeping the mammals in captivity.

Ingrid Visser of the Orca Research Trust gave the site a few heart-ripping examples of the stressed-out orca behavior SeaWorld is trying to medicate:

They do not cope with being kept in these tanks … They show stereotypical behaviors that are abnormal … like head bobbing, chewing on concrete, and self mutilation by banging the side of their heads on the side of the tank, and there isn’t a single orca living in captivity where you cannot see one of these behaviors, and in many of them you see multiple examples of these behaviors.

Some sedation before surgery and the like is normal, and of course SeaWorld says its use of benzodiazepine is “limited and infrequent.” Honk if you believe THAT.