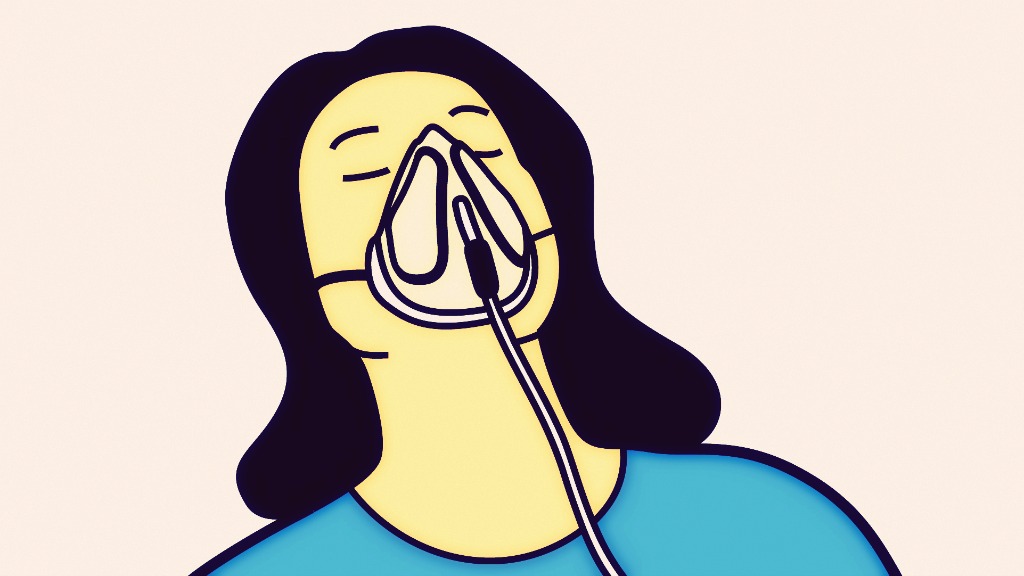 In what totally sounds like a Spaceballs-inspired April Fools’ joke, a travel company shipped bags of fresh air to highly polluted Zhengzhou, China, for residents to enjoy. The stunt was promoting tourism to Laojun Mountain, an area 120 miles away that’s full of mushrooms, monkeys, and apparently quite clean air.

Up to 20 people at a time could slurp the good stuff through oxygen masks for a few minutes before someone else got a turn (the Wall Street Journal has photos). State-run China News Service reported that some people even tried to wring every last breath out of the air-pillows, and a pregnant lady supposedly felt her baby kick when she started breathing the clean stuff.

The literal breath of fresh air must’ve been a treat for the nostrils, as pollution in Zhengzhou is more than three times as bad as the most polluted American city — a 158 air quality index compared to 45 in Bakersfield, Calif. This isn’t the first instance of commodified air, though. Near Japan’s Mount Fuji, canned air is a wildly popular tourist purchase, and China’s president has even suggested a southwestern province sell the cans.

Someone tell The Police to change their lyrics to, “Every breath you take, I’ll be advertising a tourist destination to you.” It’s not as catchy … but hey, it’s not as creepy, either.