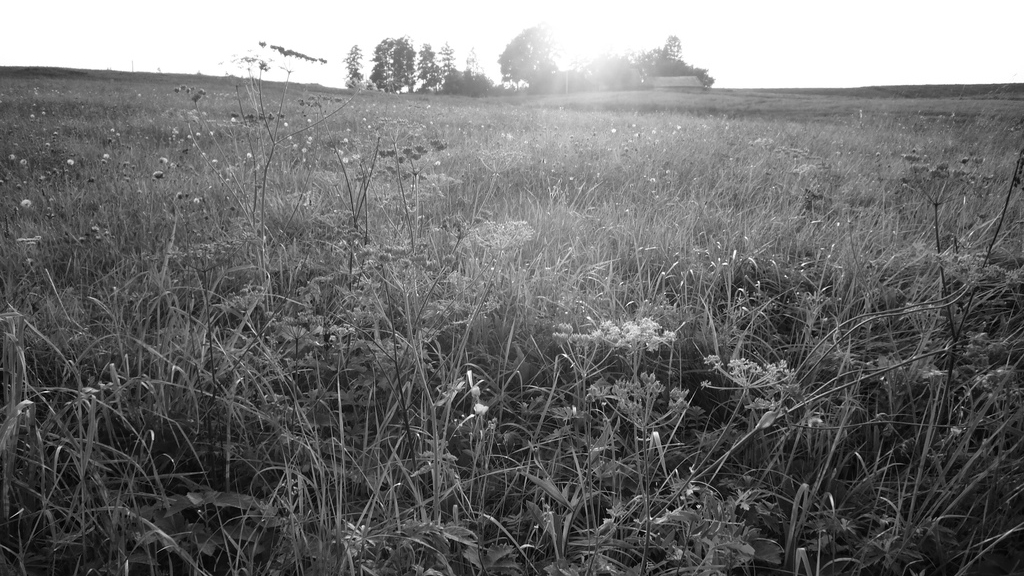 I once visited one of the last scraps of prairie in Ames, Iowa. It was about the size of a football field, at most, and surrounded by corn in all directions. To me it didn’t look like much. But I had arrived there with a group of entomologists who squealed with delight and immediately scattered into the grasses, emerging periodically to show off the especially fetching bugs they had found.

This field, we were told, remained grassland for one reason only: No one could grow corn on it. It was too wet, too rocky, too much clay. The agricultural flaws of the prairie were rattled off in a sort of familiar, affectionate way, like it was a sullen teenager with a terrible work ethic. But those flaws were also why it had been left to its own devices in one of the hardest-working agricultural landscapes in the country.

I thought about that plot when I read Jocelyn Zuckerman’s recent article for The American Prospect on the plowing of the northern U.S. prairie. It’s a long piece, but it can be summarized in two words: Prairie Doom.

A study published in the Proceedings of the National Academy of Sciences last year found that between 2006 and 2011, farmers in the western corn belt — Iowa, Minnesota, Nebraska, and the Dakotas — took 1.3 million acres of native grassland, including a Rhode Island’s worth of wetlands, and planted it with corn and soy. It’s the most rapid loss of prairie since the 1920s, and it comes with the usual array of risk factors: erosion, loss of water quality, the release of even more carbon into the atmosphere, bees that make less honey because someone went and replaced their flowers with corn, and a hunting season impoverished by a shortage of ducks and pheasants to shoot.

The reason this is happening? In the last few years, it’s become unusually profitable to farm on bad land. Even the lousiest farmland isn’t safe. If a gas nebula were to appear in Wisconsin tomorrow, someone would try to farm it.

How did this come to pass? The Renewable Fuel Standard, which requires oil companies to blend ethanol into the gasoline supply, isn’t helping — ethanol is made from fermented, highly processed corn. The need to meet the Renewable Fuel Standard has kept the cost of corn high, since we’ve added “grow corn for our cars” to “grow corn to feed animals that we would like to eat,” “grow corn to process into sweetener,” and “grow corn so that we may consume it ourselves, without any intermediary.”

Also not helping: a new type of crop insurance, first rolled out in 2000. While your old-fashioned, stone-age crop insurance just covered the loss of crops — as in, you grew less than you planted because hail flattened your crops, or a horde of locusts showed up and ate them all — revenue insurance created a situation that made bad farming a money-making proposition. Or, as Zuckerman writes:

Darwyn Bach, a 50-year-old who grows corn and soy on 570 acres in western Minnesota, says that he’s seen how increased insurance subsidies have encouraged careless farming in his own county. People clear and plant in areas where they realize the soil and water conditions are poor, because they know they’ll get payouts anyway. Farmers breaking new land, he explains, often are allowed to base their insurance policies on the historic yields of their established plots.

“I could rent a sand pile,” Bach says, “and plant it with corn, knowing full well that it won’t likely yield 100 bushels.” Because his insurance policy would be based on his established 190-bushel yield, and having purchased the standard 85 percent policy, he’d be guaranteed 85 percent of 190 bushels regardless. “I guess what people are doing is farming the insurance,” he says with a shrug.

Crop insurance had once required compliance with various conservation rules, but those requirements were eliminated four years before revenue insurance appeared on the scene. A variation of the requirements had just been reinstated when the farm bill passed in February; but the farm bill also cut so much money from conservation that the whole thing feels like a wash, at best.

This summer, the Environmental Working Group found that the counties that lost more than 5,000 acres of wetlands received more than four times the amount of crop-insurance payouts that the average farming county did.

Taxpayers cover 60 percent of the cost of the premiums for crop insurance. It  seems, based on the direness of this story (as well, as  — let’s be honest — the direness of every other story about crop insurance), that what America really needs is a program that encourages farmers to let bad land stay that way (and, ideally, soak up some carbon while they’re at it).

We had something like this in the early days of the Soil Conservation Service (known today as the Natural Resources Conservation Service) which was created in 1935, after a frenzy of grassland-to-wheatfield conversion in Texas, New Mexico, Kansas, Colorado, and Oklahoma led to the Dust Bowl of 1933.

But that’s just dream talk, for now. Now that we’ve got this farm bill for the next few years, the most promising thing to pay attention to is the EPA’s new biofuel blending standards for 2014, which should be announced this spring. It looks like there’s a good chance they’ll be quite a bit lower this time around. Watch that dial.