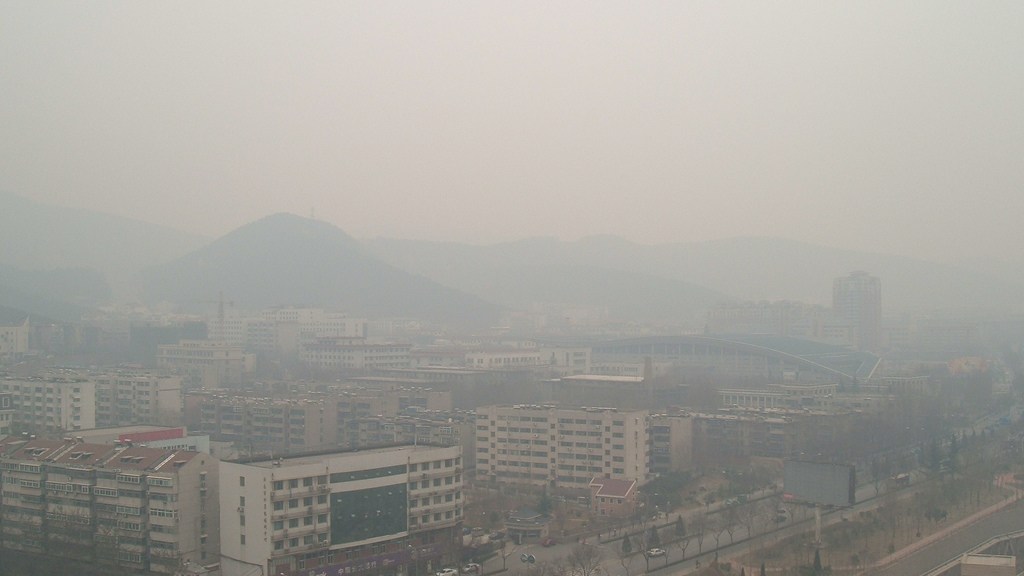 The Chinese government is trying to keep tabs on its citizens with at least 20 million cameras, installed across the country to watch people’s every move. Only problem with that plan: The smog in many Chinese cities is so thick that it’s keeping government agents from actually seeing what’s going on in front of the cameras’ eyes. Quartz reports:

[T]he haze is not simply “fog,” says Yang Aiping, a digital imaging expert … “Our preliminary research shows that the smog particles are quite different from the small water droplets of fog in terms of optical properties.” For example, infrared imaging, which can usually help cameras penetrate fog or even smoke, can’t see through the thicket of particulate matter in Chinese air.

You’d think the government would take this an indication that maybe it should work on cleaning up air pollution. But instead, it’s just hired Aiping and other scientists to make the cameras better. That’s how bad pollution is in China: It’s easier to develop complicated algorithms to allow cameras to see through a haze of gunge than it is to just make the air clearer.