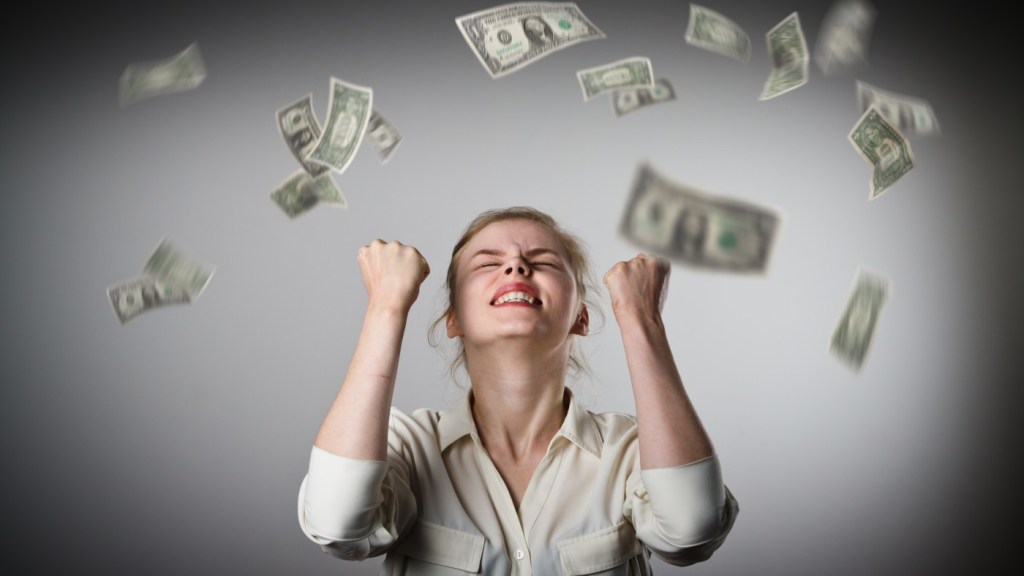 The Powerball is up to $1.4 billion. Here’s how we’d spend it

For one lucky American, life is about to change — drastically.

Wednesday’s Powerball drawing will bestow $1.4 billion on the soon-to-be most popular person in the country. It’s a lot of money — quit-your-job-and-buy-an-island kind of money — and yet, there are some very good reasons not to buy a ticket. Statistically, winning the lottery actually makes people less happy. Plus, revenue from ticket sales — roughly $70 billion in 2014 — doesn’t mean increased funding for things like education and the environment, despite extensive marketing campaigns to persuade you that your ticket goes to a good cause.

Critics argue that, aside from being an inefficient way to raise money, paying for government services with lottery sales also shifts a larger portion of the overall tax burden to those who can least afford it.

“It’s a very regressive tax,” said Lucy Dadayan, a senior policy analyst at the Rockefeller Institute of Government. “And any time a government relies on a regressive tax it’s not the best policy option. But it’s easier for state officials to promote gambling rather than to increase income taxes or sales taxes.”

Besides, your chances of winning are roughly the same as David Bowie accepting his next Grammy in person.

But still, there’s a lot we could do with $1.4 billion. Not only could we pay off our student loans and stop cutting our own hair, we could also — not to be too dramatic about it — save the world. Or at least make it slightly less terrible. Here’s how Grist’s editorial staff would spend their winnings:

“I would purchase Texas and expand the Austin city limits to cover the entire state. Then I would resurrect Ann Richards to serve as mayor. And I’d eat a lot of tacos.” — Cody Permenter

“As someone who has worked at Planned Parenthood and seen just how tough life can be for people who can’t afford it, I would say free birth control for everyone who wants it — preferably dispensed out of old cigarette vending machines because I love those little glass knobs. It would also be kind of cool to have a jukebox/birth control combo, so that you could, say, punch three Nina Simone songs into the Wurlitzer and get a Nuvaring.” — Heather Smith

“I would buy myself a lot of nice socks. Then I would donate $500K to any Kickstarter campaign that promises one of the following outcomes: a clean energy revolution, better public transportation, or a free cruise for one Kate Yoder. With my leftover money, I would pose as a Nigerian prince and start bequeathing my inheritance to strangers via email — but only if they install solar panels.” — Kate Yoder

“I’d pay lobbyists to get Congress to outlaw cars. Or at least put a very steep sin tax on them and reinvest it all in public transit. And then I’d put HBO and WiFi on all the buses.” — Amelia Urry

“I’d give $629 million to homeless single moms, $629 million to Planned Parenthood to distribute birth control and exams at zero cost to anyone who needs the services, $1.5 million to whoever’s holding the Cheeto-colored dick pics that could finally take down Donald Trump’s campaign, and probably spend the rest on cocaine.” — Eve Andrews

“I would do the greenest thing I can think of: Buy the Philadelphia Eagles and change their uniforms back to kelly green.” — Matt Grisafi

“With 1.4 billion bones, I’d assemble a team of badass climate crime vigilantes. We’d have military grade tech, a secret lair in some mountain somewhere, and cool superhero names like Ozone, Nuke, and the Entropy Twins. Our actions would be borderline unethical — hacking oil companies, destroying factories that dump toxic shit on poor people, beating up the Koch brothers, etc. — but it would all be in the name of protecting Earth. Our theme song would be “New Moon Rising” by Wolfmother.” — Suzanne Jacobs

“I would ask Grist fellow Clayton Aldern the best way to allocate the money towards fixing climate change. Then I’d get a Tesla.” — Andrew Simon

“With $1.4 billion, I’d initiate a hostile takeover of Blue Apron. Then shut it down.” — Clayton Aldern

“There are about a billion people who live on less than $1.25 a day. I’d distribute it to them, and double their income for a day. They are in a great position to figure out what they need most.” — Nathanael Johnson

As for me, I’d start with a new pair of boots. Then I’d give $7 million to save my local public radio station, and spend the rest on time machine technology so I can go back to 2000 and warn Al Gore about hanging chads. I’d also start paying for my own Netflix.

Remember, the likelihood of winning is approximately equal to Cecil the Lion delivering the baby Jesus to your doorstep, but if you do decide to play, good luck! And by the way — Grist is a nonprofit. Just sayin’.