Bernie Sanders’ climate plan would be awesome if he had a friendly Congress, but he won't 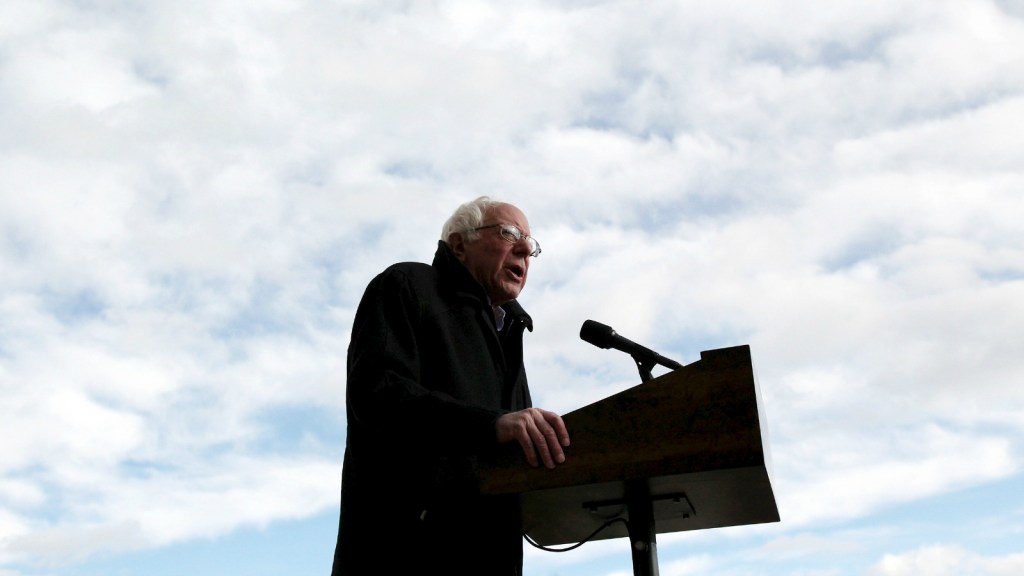 Bernie Sanders’ climate plan would be awesome if he had a friendly Congress, but he won’t

In a move epitomizing his campaign’s often-questionable political strategy, Sen. Bernie Sanders of Vermont released his climate change plan during the U.N. climate negotiations in Paris. What would normally have drawn immediate attention from climate politics reporters was ignored by the many who were in France covering the most important climate conference in history. To make matters worse, this was shortly before Christmas and New Year’s.

Now that the Christmas trees have been dragged to the curb, the mistletoe is being turned to mulch, and the champagne left in the fridge has gone flat, your correspondent has found the time to examine the plan from one of the Senate’s top climate hawks. It turns out to contain both exciting and frustrating elements: Sanders clearly understands and cares about climate change in all its particulars, and he has many shrewd ideas for addressing it. But he is still approaching the issue like a legislator rather than a president, and he doesn’t give any insight into how he would try to maximize climate progress through the powers of the presidency in the face of a hostile Congress.

Here are the highlights of what Sanders proposes to do

Many of the above proposals would require bills to be passed by Congress. But with Republicans likely holding the House of Representatives on lockdown until 2023 because of gerrymandering, there is no reason to expect Congress would pass anything Sanders proposes.

Sanders’ inclination to issue legislative policy proposals is normal. Republican presidential candidates are laying out massive plans to dramatically cut rich peoples’ taxes, eviscerate regulations, and abolish entire cabinet agencies, even though they’d have a hard time getting them through a Senate where Democrats are certain to at least hold enough seats to mount a filibuster. All presidential candidates lay out big visions that they wouldn’t have the power to enact themselves, but that signal where they stand ideologically. That’s useful because it tells voters what their priorities and goals are.

So Sanders’ big vision for climate change is welcome. The issue desperately needs candidates like Sanders, and like Martin O’Malley, who are moving the public debate toward more bold, aggressive solutions, even if those solutions are not yet politically viable. Both of them have offered bolder and more detailed plans than Hillary Clinton has.

But given the reality of Republican control of the House, fantasy legislation is not enough. Democratic candidates for president also need to lay out their plans for what they would do within the president’s existing legal authority.

And this is where Sanders’ plan needs more specifics. It makes no mention of expanding Clean Air Act regulation of greenhouse gases. The next president could expand carbon regulation beyond power plants and cars to factories and farms. Rules are already in the works to curb methane leakage from new oil and gas wells and pipelines; a new administration could adopt rules to cover existing wells and pipelines too.

Candidates need to say what they would actually do in the world we will likely inhabit in 2017, not just what they would if they could dictate new laws to Congress. Sanders’ legislative focus is so pronounced that he neglects to specify that he would use executive authority to stop fossil fuel leasing on public land if Congress didn’t pass his bill doing so. Surely he would, of course, but it’s worth stating outright.

The first section of Sanders’ plan is not about the carbon tax or any other big proposal that would directly cut greenhouse gas emissions, but about a promise to “Reclaim our democracy from the billionaire fossil fuel lobby.” Sanders is a self-described “democratic socialist,” but, even so, that’s an odd place to start a climate agenda.

That first section also includes a pledge to “Fight to overturn Citizens United.” Citizens United was the 2010 Supreme Court decision that threw open the floodgates for corporate cash in federal elections. Overturning it would require a constitutional amendment or a new justice replacing one of the five conservatives on the Supreme Court. Other than appointing ideologically friendly judges, the president can’t do much to affect it.

Although it has exacerbated the influence of the fossil fuel industry, Citizens United isn’t the only thing, or even one of the main things, standing in the way of climate action. The cap-and-trade bill that passed the House in 2009 failed to make it through the Senate in 2010, and that was before Citizens United had spurred big injections of cash into the political system.

Sanders sees climate change as a subset of the corporate power problem and the money-in-politics problem. Those are certainly relevant aspects, but it’s a lot more complex than that. Other forces blocking climate bills in Congress include:

Sanders is working on this last problem by talking about climate change frequently with intelligence and moral clarity. Sanders still needs to demonstrate that he has planned out how to make climate progress in the White House, not through wishing these other stumbling blocks away but through careful strategizing about how to get around them.

Asked about this critique, the Sanders campaign argued that just because a given executive action isn’t listed in plan doesn’t mean Sanders wouldn’t do it. They argue that he would do everything within his power to combat climate change. “He says we should be using every tool,” says Karthik Ganapathy, a spokesperson for Sanders.

And that’s the good news for climate hawks: Sanders and O’Malley have now both offered strong, detailed climate agendas. That leaves just one candidate we’re all waiting to hear from.