THEESatisfaction makes music about the planet that actually sounds good 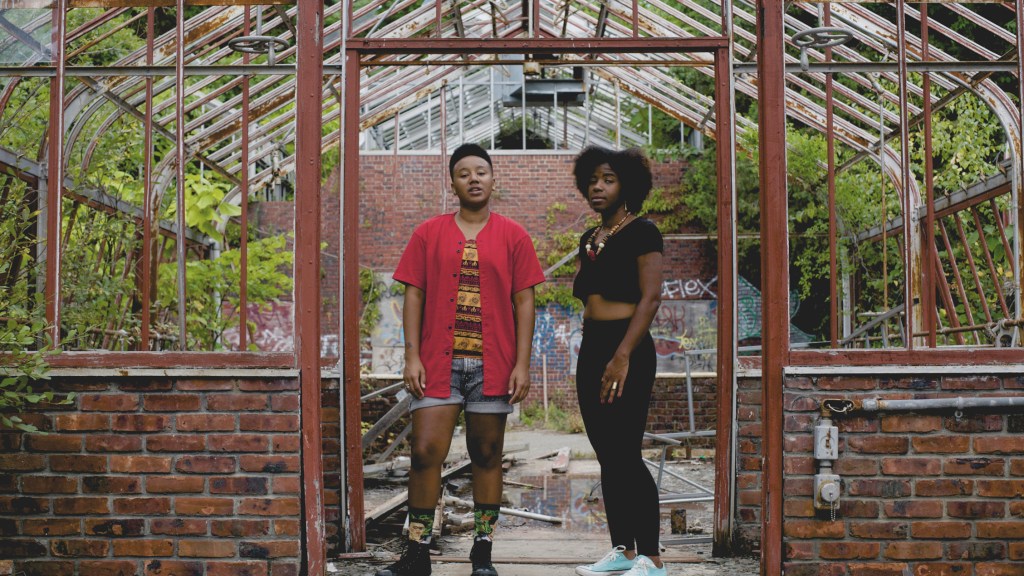 THEESatisfaction makes music about the planet that actually sounds good

Catherine “Cat” Harris-White and Stasia “Stas” Irons, the duo behind soulful hip-hop group THEESatisfaction, have thought a lot about what it means to exist on this planet. Their songs — self-described as “funk-psychedelic feminista sci-fi epics” — layer rap, neo-soul, Afrofuturism, and kushy space-age beats around deft criticisms of GMOs, post-racial society, consumerism, and why we should still give a shit about the environment. It’s heady stuff that will send your blissed-out subconscious soaring out of this astral plane. And it sounds good, really good.

Cat and Stas just released EarthEE, a follow-up to awE naturalE, their 2012 debut from Sub Pop Records. They gave me a track-by-track breakdown of a few particularly noteworthy songs. Here’s an edited and condensed version of our conversation:

Stas: I was on Twitter a lot, not really posting a lot but getting information, because that was right when the Eric Garner situation happened, after the situations in Ferguson were going down. The only way that I could get updates was from Twitter. A small, little subsection of Twitter called Black Twitter was very important to me. I really thought it was cool that people were posting about black news and black issues and I could just click a hashtag and find out. [The track] is literally just about posting black. And also the idea that post-black and post-racial society is just something that’s not happened and not happening in the future.

Cat: The planet is for sale. Everything has a cost, essentially. We’re constantly selling land, the prices for land are going up, the prices of living are going up all the time. You’re barely making enough money that you can pay for the things that are essential to life, like a roof over your head or food, things like that. [In reference to the lyric, “You’re waiting to be sold your future”:] A lot of people, I feel, are just waiting around to be told what to do. It’s been an ongoing question for forever: Why do we exist? But you’re just kind of waiting for someone to tell you why you exist instead of realizing that life is to be lived. And that should be enough of a purpose to exist, you know? That should be enough for life.

Stas: This whole album is us kind of taking a step outside of Earth, looking down and seeing what we’ve done and what we should have done. Basically being outsiders, kind of like aliens. We’ve been eating genetically modified food for quite some time and not even knowing it, which is wild. Also the fact that we have to buy seeds from companies that own patents on them is just wild.

Cat: It stemmed from a conversation I was having with my younger brother, talking about what is the real meaning of “one.” I need all these other things to exist, my heart and my brain, so really what is “one”? One is a community. Even in one, being by yourself, you’re never really alone because even if you’re not talking, you’re thinking, you’re breathing.

Stas: That song is paying a tribute to things that come from the ground [laughs] that enhance your mind.