Turns out you can learn a lot about a state by ignoring everything in it except the roads.

Information design firm Fathom stripped all names, rivers, lakes, mountains, cities, subways, and everything not-an-avenue-for-vehicular-transport from maps of the 50 states. The result is a staggering and surprisingly attractive testament to the extent to which we have reshaped the American landscape, and the places where it has shaped us.

For example, here’s Louisiana —  a low-lying state whose coastline is disappearing at an alarming rate, thanks to mismanaged marshes and rising sea levels. We’ve crisscrossed the place in highways, parkways, backroads, and downtowns, with darker clusters at urban centers and more diffuse grids across less-developed farmland. But just looking at the spiderweb of roads, it’s easy to see the huge chunks of bayou totally inaccessible by car — and those chunks are likely to grow as the sea washes more and more land away. 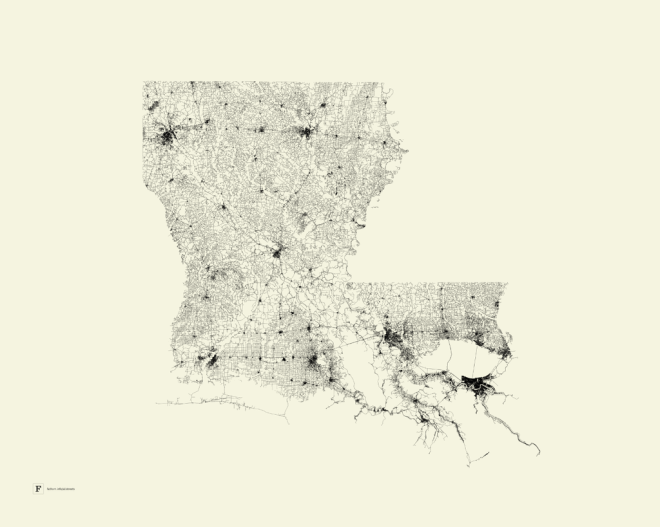 And take Pennsylvania, with its dense urban clusters of Philadelphia and Pittsburgh. You may not be able to see the fracking wells from this height, but in the spaces where the roads bend sinuously away from unseen obstacles you can see mountains that map to the punctured Marcellus Shale. 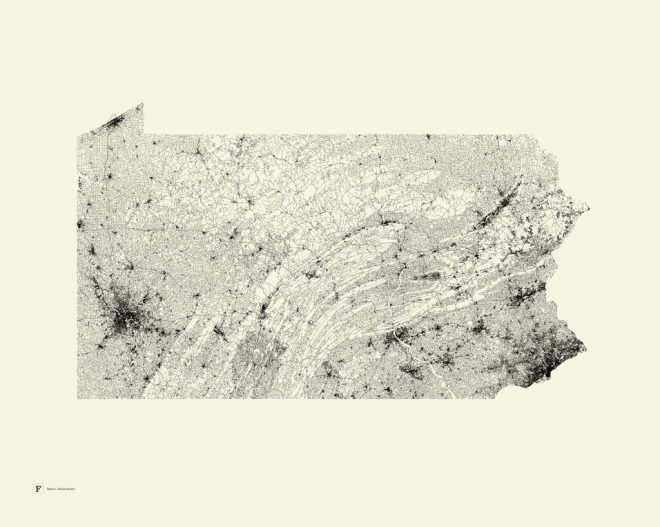 But while we’ve crosshatched most states pretty thoroughly, Grist HQ’s own Evergreen State shows a bizarre patchwork: A dense wedge of roads marks out Seattle and its neighboring cities along the I-5 corridor, while vast blots mark where national parks and forests have managed to keep us at bay. 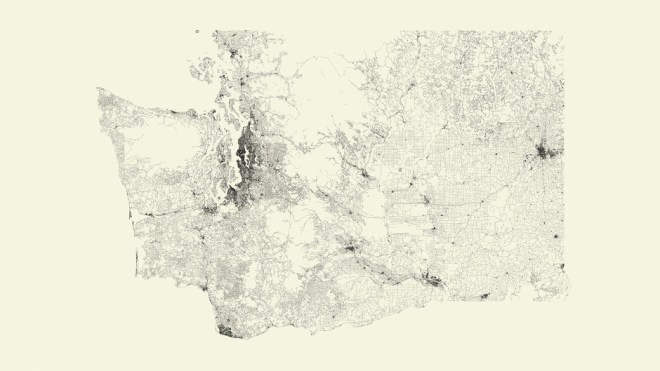 The most striking of the 50 states is Alaska, where the only roads crawl out from Anchorage and Fairbanks, to splinter shapelessly somewhere inland. A few dot the coast and islands. The rest is a blank, as far as pavement is concerned

One look at the map and it’s clear why boats, ATVs, bush planes, and moose remain primary modes of transport in the Last Frontier. 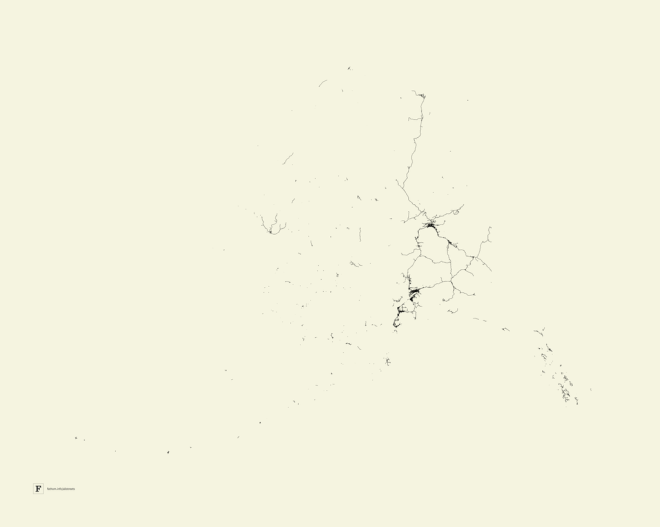 For more states, and their posters, check out the complete collection.