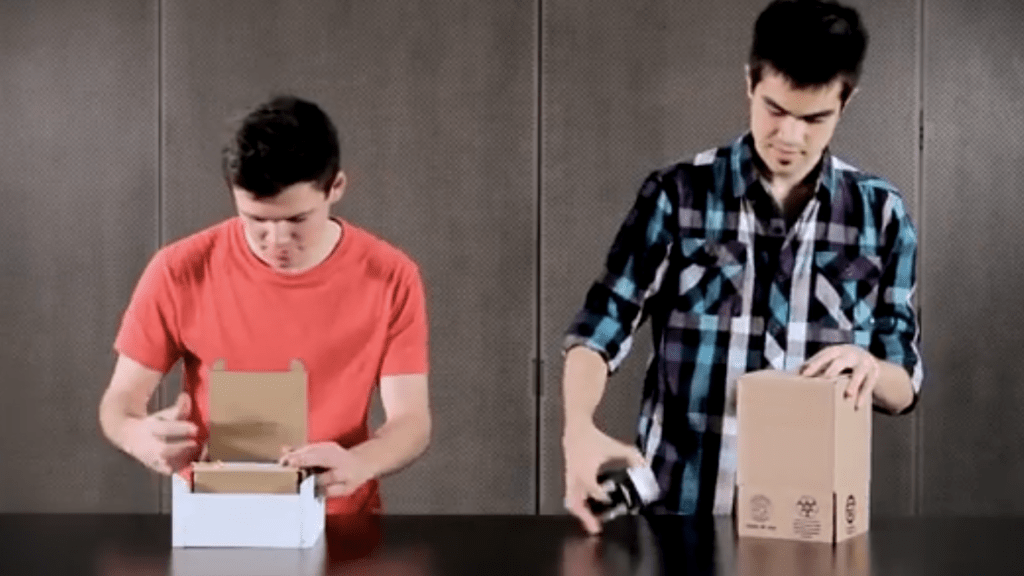 The day after Christmas is also known as Boxing Day, probably because we all start to look past our shiny new toys and notice that we now have to deal with a huge pile of boxes — the boxes that carried the gifts we bought from Amazon, and the entirely different boxes into which we then put those gifts in order to wrap them and deliver the gifts to one another. That’s a lot of half-broken down, tape-covered cardboard that half the time has too many stickers and labels and nonsense all over to be reused for some other purpose.

Henry Wang and Chris Curro, two engineering students at Cooper Union, want to put an end to this state of affairs.

Their “rapid packing container” is a cardboard box that works better than any cardboard box you’ve ever seen. It uses 15 to 20 percent less cardboard than the boxes currently in vogue (which, on net, adds up to a lot of cardboard) and is entirely reversible — so it’s easy to reuse. Also, you don’t need tape to close it or scissors to open it, because it pops open. Check it out: