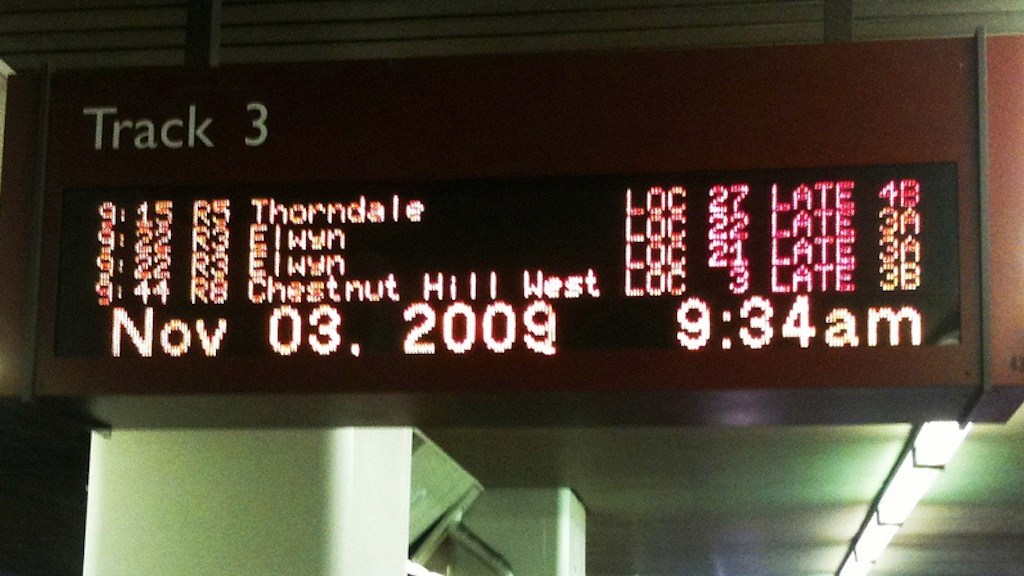 In 2008, Entriken made a simple app that would, NBC Philadelphia says, “check the train’s arrival against the published schedule.” The trains were often late. Today, the app tracks 13 regional lines and includes the train’s lateness, its schedule and proposed fixes. Entriken’s point isn’t that the trains need to run differently; it’s that SEPTA, the regional Philadelphia rail operator, should be more honest about when trains are actually going to come:

“You don’t even need to tell the conductors, they can keep driving the trains as they do today. The only difference is the passengers, who will get a better idea of when to show up for their train,” [Entriken] said. “It’s only a few minutes here and there, but in one year it adds up to a whole human life’s worth of time saved from waiting at the station.”

But SEPTA thinks it’s doing fine — if a train’s less than 6 minutes late getting to the center of the city, it doesn’t count as being behind schedule, and according to this system the trains are on time about 93 percent of the time. Entriken’s app, on the other hand, checks whether trains average more than 3 minutes late getting to each stop.

Is that unfair? Maybe, but Entriken says he’s not trying to shame SEPTA, just trying to get them to release more accurate schedules. When plagued by late trains, he says, “I wanted to write a letter saying ‘your train has been late every day for the past month, please update the schedule and just move it back 15 minutes.” But why write a letter when you can spend years collecting data and prove you’re right, not just about your train but the entire system?