May we present to you the Smart Hat. It’s a new bike helmet prototype out of Australia with the best of intentions, but the design is a little, how shall we say, extravagant. Picture Daft Punk on a bicycle. Devo on wheels. Dark Helmet meets E.T. 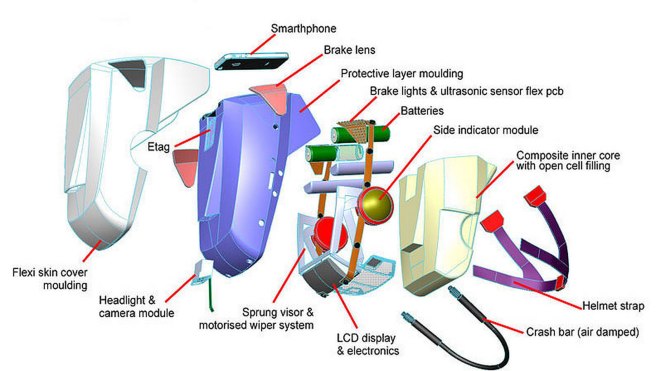 Right now, the design, cooked up by Sydney, Australia-based designer Toby King, is just a concept. But it’s all part of a grander idea to maybe one day license and register cyclists across Australia. King’s Smart Hat would sport its own license plate, a contentious move, The Daily Telegraph reports:

The concept has the backing of Mosman councillor Simon Menzies who said it would also provide a solution for commuter cyclists to be registered and able to showcase their registration number.

“People who use [a bike] as a mode of transport should be registered and insured,” Cr Menzies said.

“Every other road user pays for registration and it should not be any different.”

Relationships between road users would improve if drivers thought cyclists would be held accountable for their actions, he said.

“It annoys drivers that cyclists can get away with breaking road rules.”

Bike vs. cars debate aside, this gigantor contraption seems custom-designed to take all the joy out of riding, urban or not. Call me a crazy Luddite, but I’d prefer the wind on my face over a built-in cooling vent any day.