This cafe charges you 5 cents a minute to hang out, but everything else is free 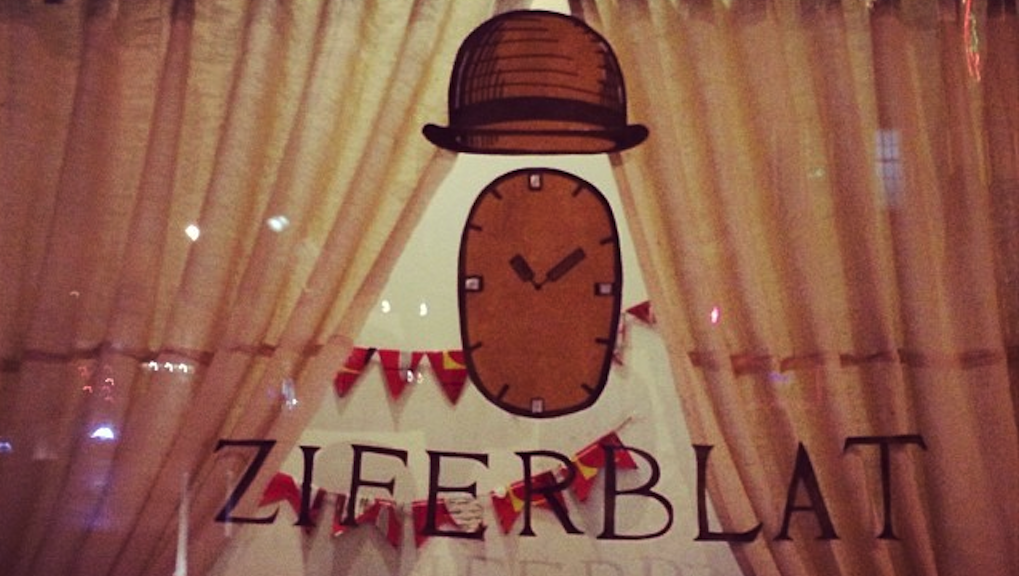 This cafe charges you 5 cents a minute to hang out, but everything else is free

Ziferblat, a Russian company that just opened its first branch in London, works on an unusual premise: It charges you for the time you spend in its space, rather than what you consume there. TimeOut London describes it as a café, but it sounds more like a co-working space where you pay per minute rather than per month:

I’m led to a kitchen, told to consider the place a ‘social space you treat like your home’, shown how to use the espresso machine and urged to bring in a meal or make one using the food in the cupboards (hence the onions).

People wander about, helping themselves to drinks, two students pore over books and on one table there’s evidence of flower arranging. As a record player softly pumps out Motown and fairy lights twinkle from the walls, it feels like a relaxed common room. But you don’t get many common rooms decked out in such an impeccable selection of cool retro furniture: it’s part living room, part vintage homeware store, a lovely place to hang out without pressure to buy stuff.

Instead of being a patron, you’re “a sort of micro-tenant,” the website says. And it looks pretty cozy:

The charge for the space is 3 pence (about 5 cents) per minute, and it works out to about the same rate you’d pay in a coffee shop, if you bought (as is accepted practice for laptop jockeys) a small item for every hour to 90 minutes you linger. But it’s your choice — do you actually need a fancy latte? Do you want a sandwich? If you’re not hungry or caffeine-deprived and you just want a space to work or hang out — well, that’s all that’s required here. It’s sort of like a private park, but inside and with couches and free coffee.

Think about Brooklyn for your next branch, OK guys?