This company invented a better soda can. Why isn't anybody buying? 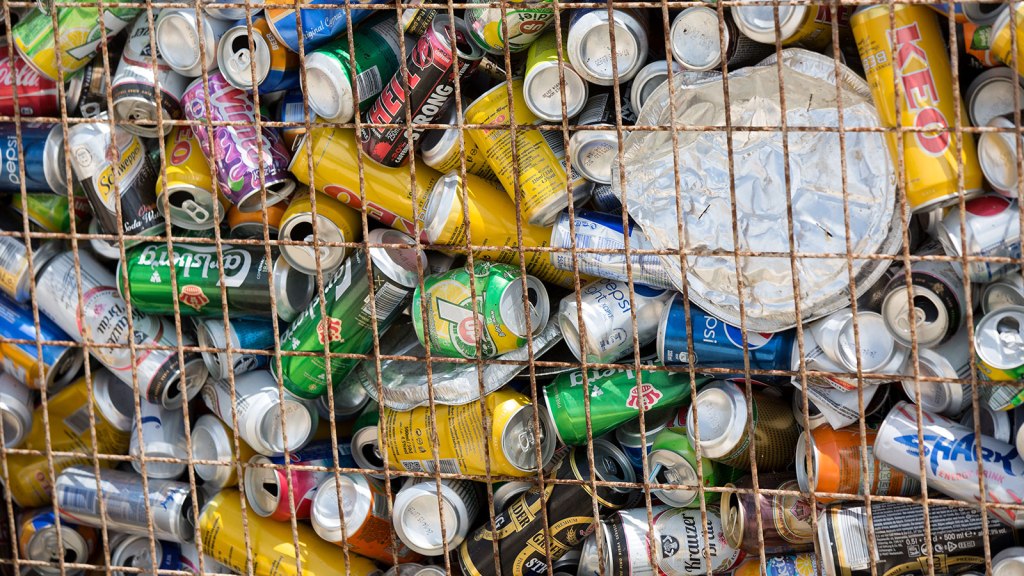 This company invented a better soda can. Why isn’t anybody buying?

Earlier this month, Novelis — the largest aluminum recycler in the world — opened up a brand new $260 million plant in Germany and set up shop to make the “evercan,” a beverage can sourced from 90 percent recycled aluminum. Despite being cheaper to make and way better for the environment, Big Beverage doesn’t seem so stoked on the idea of the evercan just yet.

None of the globe’s top beverage companies — Coca-Cola, PepsiCo, MillerCoors and the like — have approached Novelis about their evercan. In fact, the company has only one major customer so far, Red Hare Brewing Co., a craft brewer based in Marietta, Ga.

So what’s the deal?

Marc Gunther from The Guardian reports that cans made from recycled aluminum require as little as 5 percent of the energy it takes to make virgin aluminum from bauxite — the element from which aluminum is derived. Major automakers are starting to turn to Novelis for aluminum — like Ford, which is taking the whole closed-loop system even further by selling its leftover scrap aluminum back to Novelis to recycle all over again.

So why aren’t soda companies jumping on board? Part of the issue lies in the reluctance of some companies to commit to a single aluminum supplier. Other companies, like Coca-Cola, focus more of their efforts on PET (short for polyethylene terephthalate) plastic bottles, not cans, Gunther writes:

At first glance Coca-Cola would seem like the most obvious major evercan customer, since the firm has pledged to increase recycling of bottles and cans and use more recycled and renewable content in packaging … The Coca-Cola system (which includes the Atlanta-based drinks company and bottlers around the world) has made major investments in bottle-to-bottle recycling technology for PET, as well as introducing “plantbottle”, a PET container made from sugar cane and sugar cane waste. Drinks in PET plastic account for about 60% of its global sales.

Scott Vitters, who leads Coke’s sustainable packaging efforts, told me by phone that PET bottles have one obvious advantage over cans: they are resealable and thus extremely convenient for on-the-go customers. “Glass, metal, fountain and PET all meet different consumers’ needs”, Vitters said. Of course, some aluminum bottles are resealable as well.

There’s no easy solution to get more major beverage companies to jump on the recycled can bandwagon, Gunther writes. Sure, lassoing one major brand, like Coca-Cola, could help influence other big-names to embrace the evercan. But there also needs to be a greater push from the aluminum, beverage, and waste industries to amp up recycling efforts so that companies like Novelis have more to recycle, he writes.

Due props to Novelis for introducing a recycled can that’s greener than most. And Big Bev, you should give the evercan a closer look. Heck, you’re giving us all gout and type 2 diabetes; delivering our sugary drinks in more sustainable aluminum is the least you could do.