This floating electric amphicar could save you from the next tsunami 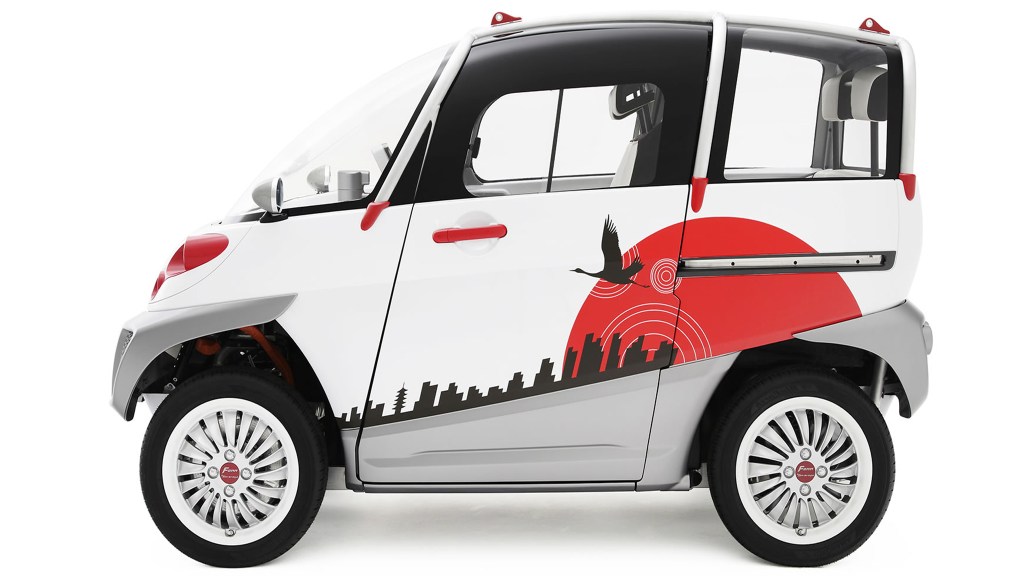 Fomm Concept One
Float on

This floating electric amphicar could save you from the next tsunami

It’s a car! It’s a boat! It’s an electric-powered vehicle that bobs on the water like a jetski!

The Japanese-developed Fomm Concept One uses a water jet generator to propel through water, and has a motorcycle-style handlebar to accelerate and brake. And get this: Its wheels are lightweight, buoyant, and they can operate like fins when in the water.

Pretty neat, eh? Before you take the plunge and pack up the family for a picnic in the lake, remember that this amphicar isn’t meant just for fun. It was designed by a Japanese company to help rescue people from flooding and tsunamis and will only be sold in Thailand, followed by a larger rollout in Southeast Asia. The tiny, 1,000-pound car can only drive about 62 miles before it needs to be recharged, and can only handle one disaster at a time before it needs to be maintained again.

The concept for the car was born after Fomm President Hideo Tsurumaki saw the devastation that the 2011 tsunami caused his home province, Shizuoka Prefecture. In Southeast Asia, where 138 million people live in coastal areas prone to flooding and powerful downpours, this electric car could help drivers negotiate impassable roads and flooding. And the Fomm Concept One will have its work cut out for it, since global warming is predicted to hit Asia the hardest, bringing along plenty more floods and tsunamis.

According to the company, mass production of the Fomm Concept One will begin in 2015. Take a quick tour of the prototype before it hits the water like Alan Jackson on water skis: