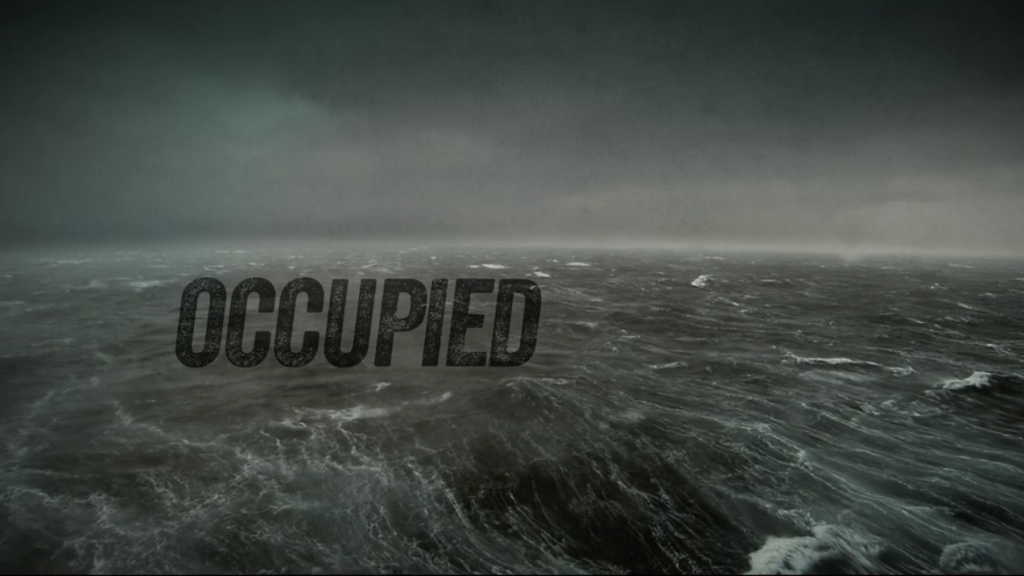 Created by Norwegian novelist Jo Nesbø, Occupied’s near future bleeds into the present. When Moscow’s forces sets up camp in Oslo, the speed and ease with which it occurs is darkly familiar. Erik Skjoldbjærg, one of the show’s main writers, told Vogue that the day the crew started filming, Russia invaded Crimea.

“Obviously what happened in Ukraine couldn’t have been an inspiration,” said Skjoldbjærg. “The season had already been planned.” It’s these kind of premonitory tendencies, though, that lend the show a certain nod-along characteristic.

It’s also pretty damn bingeable. The Norwegians do brooding, expansive television like no other (except maybe the Danes). Yes, you’ve got the standard gunfire and explosions, but Occupied is also very good at being quiet. You’ll get the same tired footage of a cop car screaming around a corner, but then you’ll get something new: a long, wide-angle shot of the car stopped on a snowy road, its lights flashing but the siren off. The show is not afraid to move slowly. A colleague told me she fell asleep watching it, but she also likes cauliflower, so take from that what you will.

The most striking aspect of the drama, though, is its framing of the oil and gas sector as so completely, forebodingly, pervasive. No, there’s often not an explicit focus on oil. Listeners might not hear the word “oil” for two episodes.

That’s the point, though. Instead we’re left with the occasional reminders that the Russian occupation, the sacrifices of liberty, the terror, the rest of the domino effect — they all stemmed from questioning our devotion to fossil fuels. The climate change apocalypse isn’t rising seas and fried critters, says Occupied. It’s what happens when states try to respond to a changing climate and realize they can’t because of entrenchment. And when this political friction gives way to the inevitable earthquake, people start shooting each other.

For an environmentalist, the show is enough of a confirmation of doomsday suspicions to warrant a small hailstorm of “this is exactly what I’m talking about!!” tweets. But what about the rest of us? Why is a Norwegian drama about energy policy worth even an iota of eyeball-time that could be spent looking at pictures of lil’ hippopotamuses?

Imagine for a moment that you’ve got an idea for a show in which a Russian occupation of Norway plays theater to questions of national sovereignty. (This is a very specific thought experiment. Bear with me.) If you want your show to make sense, you’ve got to give Russia a pretty good reason to go on and roll into Norway.

But the Cold War is over. There’s no real territorial dispute to speak of. Modern proxy conflicts have found Russia and Norway on the same side (see Sierra Leone). Norway might be highly critical of Russia’s annexation of Crimea, but it’s hard to imagine much coming out of that. The fact of the matter is that it’s exceptionally difficult to dream up a situation that would irk Russia (or the E.U.) enough to consider anything remotely close to an occupation of Norway. To make this premise remotely believable, you’d need to have Norway do something pretty drastic. You’d need to have it completely halt its oil production.

And the fact that an energy sector transition is the only believable impetus for a Russian occupation of near-future Norway speaks to the same pervasiveness of fossil fuels in present-day everywhere. Oil infrastructure is already the kind of strategic geopolitical target that greases the palms of defense ministers and presidential candidates. Resource wars are real and widespread. That we can look at Occupied, and think, Huh, yeah, okay, shit’s crazy, but I guess it could happen — that’s the bit that should pop your brain bubble. That’s the bit that suggests we’re already too far gone.

But we know this from the very beginning. In the first episode, Norwegian Prime Minister Jesper Berg (Henrik Mestad) announces at a press conference that “fossil fuel no longer supplies us with hope.” Occupied takes that premise further. Fossil fuel not only passively fails to supply any hope, it actively deprives us of the notion that a greener future — a just, rational future — will come without a fight.