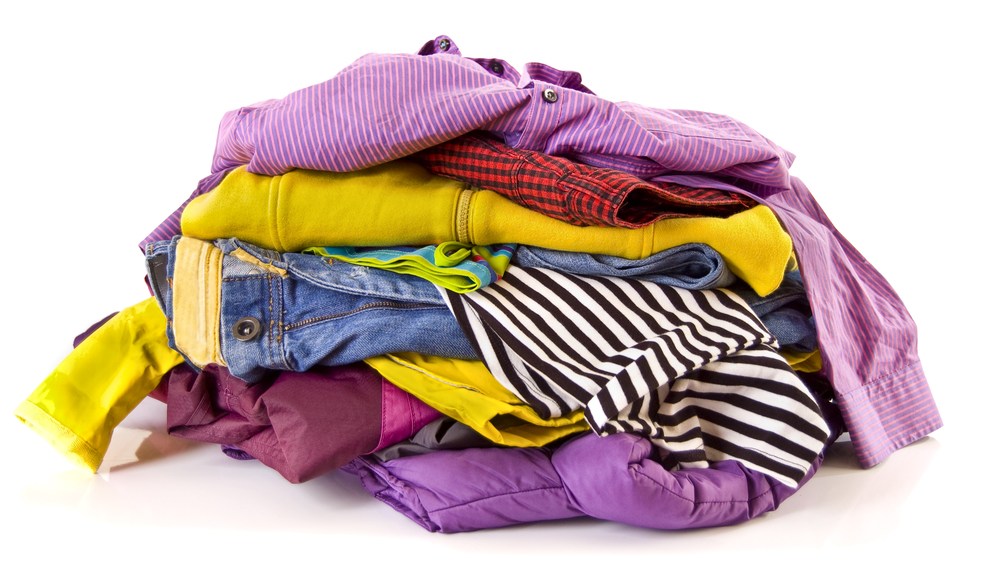 San Franciscans trash 4,500 pounds of clothing an hour, according to the SF Environment Department. To put a dent in that number, more than 160 textile recycling bins were rolled out at noon in schools, stores, and libraries around the city.

The bins, and today’s announcement, are the first step in what will be a learning process for both San Francisco and the global clothing recycler they’re working with, I:CO.

To understand why textile recycling is more complicated than the standard plastic #2, cardboard, and glass, simply look down. How many different materials are you wearing? What are the blends? And are your duds in good enough shape that another person would happily wear them? The sorters at I:CO facilities use 400 criteria to determine where a particular piece of clothing is headed to next.

Anywhere from 95 to 99 percent of textiles can be reused or recycled, according to I:CO Chief Marketing Officer Jennifer Gilbert. About half of the clothing that comes to I:CO is rewearable and sold on the secondhand market. The rest can be broken down and turned into car upholstery, carpet padding, insulation, and stuffing. Even the infamously hard-to-recycle Lycra can be added in small batches to the shredder in mixed loads.

I:CO, or I:Collect, has primarily worked with clothing chains in the past. In partnerships with brands like H&M, Puma, American Eagle, and North Face, the companies offered discounts and recycled totes as incentives for consumers to drop off unwanted clothing in stores. Now, I:CO and the city need to figure out ways to encourage recycling without that kind of carrot. Offering rewards or charitable donations at government locations is more legally complex. Plus, as Gilbert points out, librarians have enough on their plates without having to hand out local coupons in exchange for yesterday’s chenille.

They’re also working without a stick — textile recycling in San Francisco will be voluntary, for now, unlike the city’s composting and curbside recycling programs.

How to tailor textile recycling for a city will be a lesson for I:CO as it looks to expand in the U.S. And diverting some of the 39 million pounds of textiles San Francisco throws out every year will be critical for reaching the city’s goal of zero waste by 2020. (The city claims it’s already diverting 80 percent of its waste into recycling, composting, and the like, but that stat includes commercial recycling, which cities usually don’t count. This smart analysis puts the rate at a still-laudable 61 percent.)

Iffy stats aside, San Francisco just dropped the proverbial green mic. Here’s hoping other cities in the U.S. are listening.