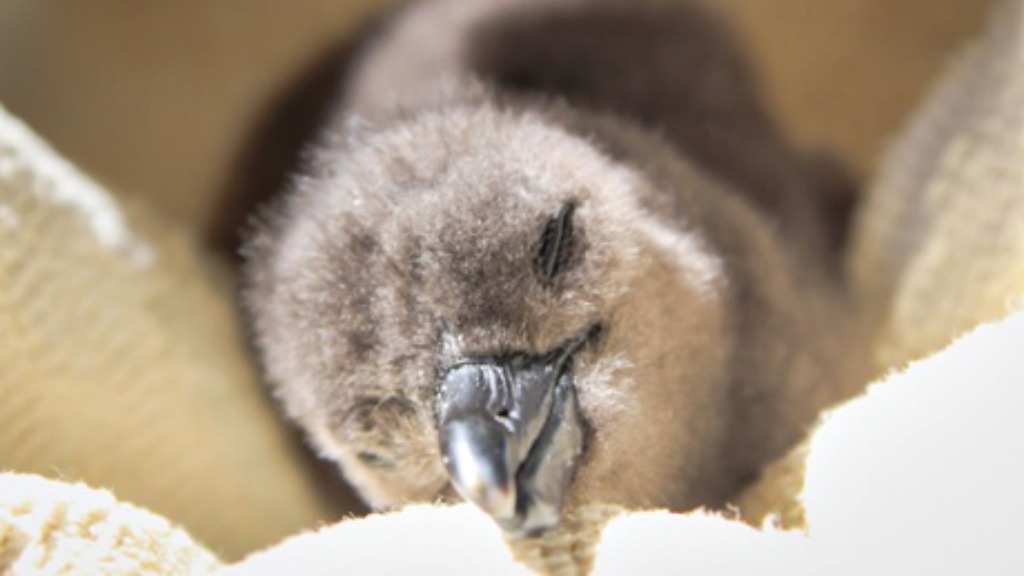 The project is a partnership with the Southern African Foundation for the Conservation of Coastal Birds, the South African government, and others. In the past six months, they’ve rescued more than 800 endangered African penguin chicks from starvation. Does that mean it’s time for a cuddle party?!

That’s aww-worthy AND a big deal because African penguins are dying off like gangbusters. In the past 80 years, their population has shrunk 97.5 percent, because overfishing has eliminated their food and unusually cold weather puts ’em on ice. (Climate change, you buttface!)

In this most recent case, parent African penguins were abandoning their little ones because the babies were too small or sick. The Chick Bolstering Project hand-rears the chicks, helps them bulk up a little, and releases them three months later. Whether staffers actually chant, “Go! Have wild unprotected sex to further your species!” into the wind is anyone’s guess.