This timelapse serves up some deforestation with your World Cup 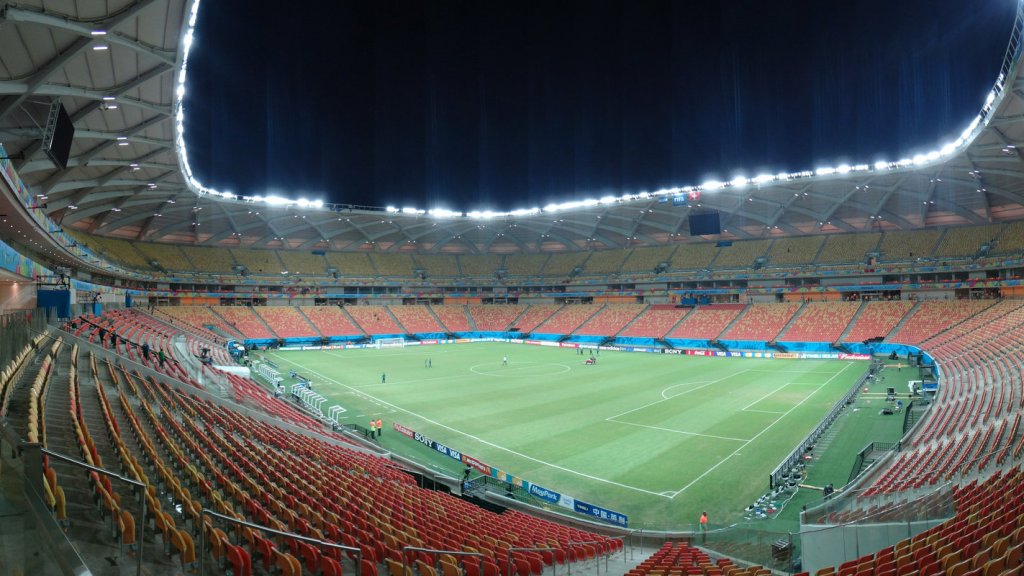 This timelapse serves up some deforestation with your World Cup

We all know that this World Cup, however magnificent the saves, comes with its fair share of fouls. But it’s one thing to know that Brazil built a stadium in the capital city of Amazonas, and another thing entirely to SEE 30 years of satellite images in which a little patch of mostly green is slowly and almost completely colonized by concrete.

(To be fair, FIFA can only take the blame for the stuff that happens after 2007, when Brazil was named this year’s tournament host … in fact, most of the deforestation was already fait accompli by then, but you didn’t click on this for quibbles, you clicked on this because you wanted to watch a depressing timelapse.)

That, my friends, is what deforestation looks like — otherwise known as what happens when you build a road into a rainforest. While development is heaviest on the peninsula that is Manaus, you can also see little seams of roads stretching out into the virgin green of the surrounding forest, bringing more construction with them. SkyTruth, who pointed out this timelapse, had this to say about Manaus:

Playing soccer in the middle of the rainforest is tough (80+ degrees with 80+% humidity), but building in this region proved even tougher.  Most of the materials had to be shipped up the Amazon, and a sizeable part of the stadium was shipped all the way from Portugal.  Workers fought with high humidity that allegedly caused steel to buckle (?!) and three people died during the construction efforts.

None of which will stop us from declaring war on Belgian waffles and waving ye olde stars and stripes today. But don’t worry — the knockout match is in the town of Salvador, where the Yanks and the Red Devils will face off in a venue that, in a nod to basic thriftiness, can at least be reused in the 2016 Rio Olympics.

P.S. If you like to watch the world in fast forward, you can check out other views at Timelapse.