This win against toxic couches will make you love seats 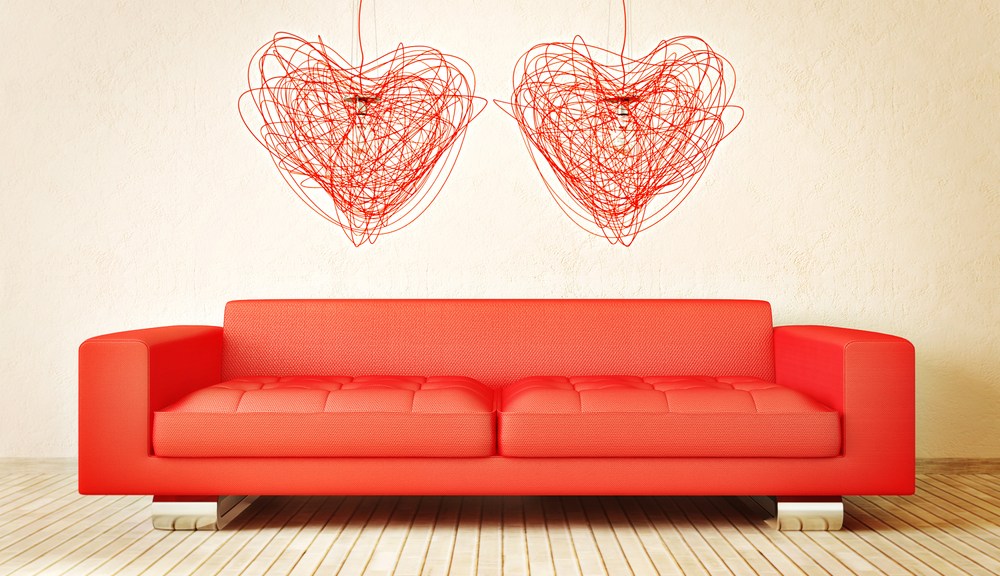 This win against toxic couches will make you love seats

In 2013, the effort to remove flame retardant chemicals from most of the furniture we sit on scored a big environmental win. But the road to victory was anything but direct. In fact, just two years ago, it looked like we’d never get there.

In the spring of 2011, on what was just another day in the life of the California Senate Committee on Business, Professions, and Economic Development, a band of scientists, politicians, activists, and policy wonks showed up at a hearing, once again, on the matter of changing California’s 1970s-era fire safety standards. Their argument: Eliminating the requirement that every sofa be treated with toxic flame retardant was not a ploy to make more fires, but one to make babies less stupid.

Since 1975, any furniture sold in California has had to be filled with material that, when exposed to an open flame, resists catching fire for a minimum of 12 seconds. While there were some stuffings, like wool, that passed the test on their own, they were so expensive that most people wanted to do things like wear them on their bodies instead of put them into furniture and sit on them. The polyurethane foam that forms the padding of most sofas did not pass the test. It needed a little help. Specifically, it needed to be soaked in flame retardant.

That is the story of how nearly every sofa sold in California came to contain between four and five pounds of flame-retardant chemicals, many of which had already been banned for other uses. Since California is the 12th largest economy in the world, this is also the story of how almost all furniture intended for sale in the U.S. came to be made in compliance with California standards, whether it wound up there or not.

A year before the California Senate Committee on Business, Professions, and Economic Development sat down to examine the regulations, researchers at Columbia University found that out of several hundred children, the ones who were born with the highest levels of flame retardants in their systems tested between five and eight IQ points lower than average for their age group.

All of which made the reforms sought by the people who’d shown up at the hearing seem like they might have a chance to pass. Then David Heimbach, a burn surgeon, came to the stand.

The year before, Heimbach said, he had treated a 7-week-old baby girl whose mother had placed a candle into her crib. The candle fell over, and while the crib was flame-retardant, the baby’s pillow wasn’t. The baby died after three miserable weeks. To make things worse, Heimbach continued, the baby’s medical bills were covered by Medicaid, meaning that single non-flame retardant pillow had cost the government nearly a million dollars. “I think that the safer we can make products for particularly those people who are most at risk, who don’t have the same resources that all of us rich people have,” Heimbach concluded, “is very much to our advantage.”

After Heimbach’s speech, the couch detox bill was, for all intents and purposes, toast.  Flame retardant might not be great, but neither is dying in a fire. A slightly less smart baby is vastly preferable to a dead one.

Sometimes environmental activism is a mass movement. Sometimes, it’s just a small group of people who coalesce around an idea and struggle to explain it to a wider audience. There were many aspects of the flame retardant issue that insured it would never become a popular cause on the scale of, say, the Keystone XL pipeline.

For one thing: The science around flame retardants was not exactly easy to explain in a concise and catchy matter — although people have tried. Arlene Blum, a scientist who began her career researching the chemicals in flame-retardant children’s clothing, became a leader in the movement to change furniture standards when she realized those same chemicals had simply moved into furniture. Blum has spent years publicizing the dangers of California’s flame retardant law, but her advocacy had caught the attention mostly of other wonks, like California Sen. Mark Leno and the Natural Resources Defense Council.

Blum’s work didn’t mobilize a populist movement — but it did inspire a new generation of scientists. In the last five years, a group of young, mostly female scientists has assembled an impressive body of research focused on quantifying flame retardants and their effects.

The other problem with flame retardant involved the firemen. The National Association of State Fire Marshals was a big opponent of changing the flame retardant standard. The fewer things on fire, the better.

Finally, there was the matter of the companies that made the flame retardant. If almost every sofa sold in America has four to five pounds of flame retardant in it, that’s a lot of chemical you’re selling.  An investigation by Environmental Health News estimates that the chemical industry, in the form of groups like Citizens for Fire Safety and The American Chemistry Council, spent at least $23.2 million lobbying California politicians to keep the furniture rules unchanged over the five years that five different bills to change it were introduced.

So how, then, did a small and committed group of individuals wind up doing in flame retardant anyway? On New Year’s Day, as American woke up, hungover and freshly arrived in the year 2014, the old rule, TB117, passed into oblivion, and TB117-2013 took its place.

Part of it was Heimbach’s tragic baby story. The 2011 reform effort may have been a failure (as was another one a year later, which became the sixth bill in six years on the subject). But one of the reporters who had traveled to the hearing and heard Heimbach’s testimony kept thinking about it. What kind of a parent sets a candle down inside a baby’s crib?

As it turned out, the answer was: an imaginary one. The Seattle hospital that Heimbach had worked at has no records of a fire matching the one in the story he told, though the story itself had appeared, in several different versions, in other situations where Heimbach was hired to speak as an expert witness.

The process of tracking down the non-baby spiraled out into what became a six-part investigation in the Chicago Tribune, and the series unearthed many surprises.  The National Association of State Fire Marshals? It had been created in 1989 by a public relations executive who was being paid $200 an hour by the Tobacco Institute to stock the group with real firemen and steer the agenda towards flame-retardant furniture as a way of distracting legislators and journalists from the cigarette industry’s nightmare: mandated safety cigarettes that would extinguish themselves when dropped.

The series laid out a scheme of political manipulation, in California and elsewhere, that had been mapped out in parts before but never comprehensively documented. Gov. Jerry Brown appointed a new chief of the California Bureau of Home Furnishings, which had written the original rule back in 1975. Arlene Blum began to lobby the new chief in earnest, hoping that the rules could be revamped directly by regulators rather than through new legislation, and that is, ultimately, what happened.

As I write this, I am sitting on a sofa. It is not an exciting sofa. It is standard-issue beige. It has clearly, at some point in its life, attracted the attentions of a baby with a ballpoint pen. Since the sofa and I are in California, there is no doubt that it is gently exhaling the chemicals that I have been writing about all around me.

The people who own this sofa have a baby, which looks sort of like an animate dumpling. Should they get rid of the sofa? Hard to say. There are much simpler and cheaper ways to manage risk, like washing your hands often, especially after handling dust and dryer lint.

Years ago, Blum threw out the old cushions on her furniture and sewed her own replacements. Sarah Janssen, a scientist who worked on flame retardants with the NRDC, hasn’t done so with hers, even after making a film about it, called My Toxic Couch. There’s been some talk about trying to get manufacturers to take back flame-retardant-filled furniture, she adds, but that’s all very pie in the sky right now. “It’s one of the hardest questions,” she told me. “If I throw it away in a landfill that’s a huge waste, but if I give it away  — it has a carcinogen.” It took a long time to change the rule, and it will take a long time for us to move past its consequences.

But still: A sofa bought six months or a year from now is likely to be different.  And, while it’s hard to weigh one environmental fight against another, and the greatest win of all would be the reform of the 1976 Toxic Substances Control Act, this arguably remains one of the great and largely quiet environmental victories of 2013 — because, aside from the insect sprays and weedkillers that people use in their neighborhoods, flame retardants are one of the biggest categories of chemicals that could be considered domestic pollution.

So there’s that. Happy New Year, to all of us.