Watch a guy rescue stranded deer with a hovercraft 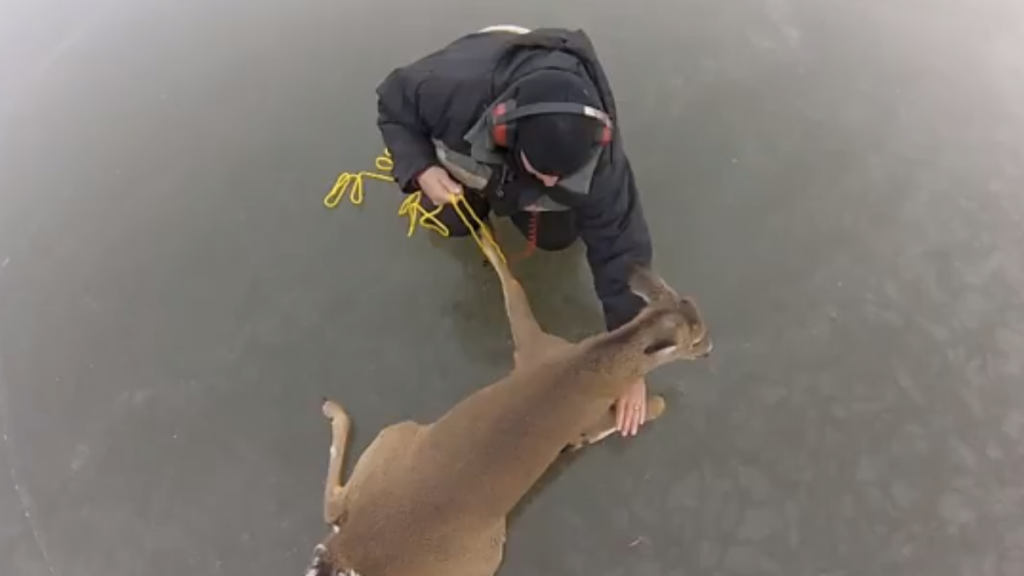 Watch a guy rescue stranded deer with a hovercraft

Sometimes, in the winter, deer get stuck out in the middle of icy lakes. Once they slip, they can exhaust themselves trying to get up, let alone get all the way back to shore. Which is where humans come in, with our noisy and terrifying but occasionally miraculous machines.

Last year, we watched someone blow a stranded deer to safety with the wind from a helicopter. This year, a guy named James and his dad are taking a more hands-on approach, tying ropes to the animals’ legs and dragging them gently along the ice in an undoubtedly epic (if you’re not a terrified cervid) combination of sledding and waterskiing.

OK, so things like the hovercraft (and the cameras used to record the exploit, and the computer on which James saw the Facebook post alerting him to the deer’s plight, and the one on which you’re reading this) are ultimately kinda  for the animal population as a whole. But sometimes they can do a lot of good for individuals.