We asked, you answered: Here's how the climate changed your lives in 2019 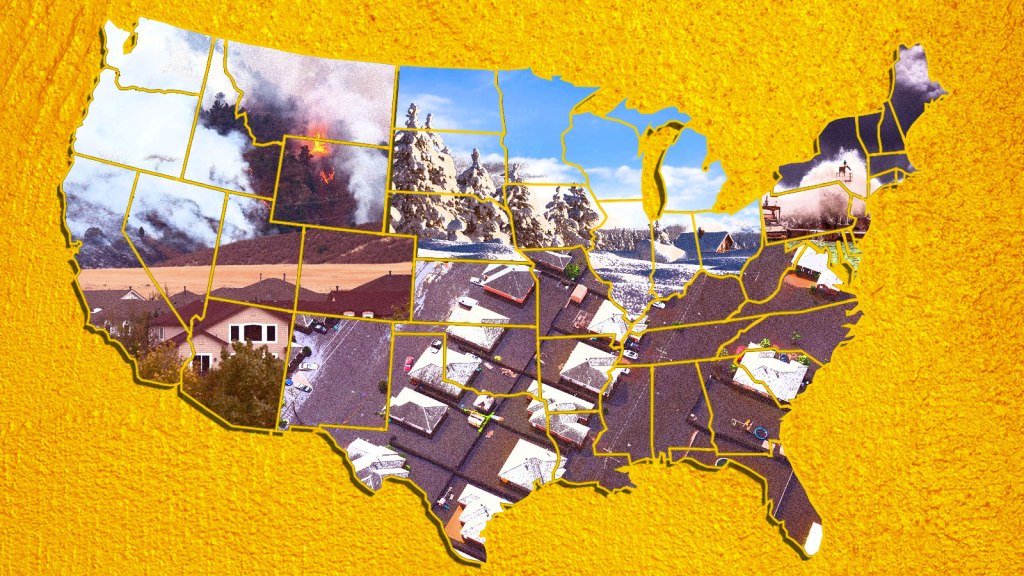 We asked, you answered: Here’s how the climate changed your lives in 2019

A year has passed since the publication of “We broke down what climate change will do, region by region,” the best-performing Grist story of recent times. In the piece, the Grist team laid out what the 4th National Climate Assessment warned was coming for each region of the country. The main takeaway? No matter where you live, climate change will find you.

The Pacific Northwest is looking at a rainy future, while the Southwest will experience blistering temperatures and drought unlike anything seen before. As we said last year, your backyard might suffer different climate consequences from my backyard.

So as this year drew to a close, we started wondering: What did happen in your backyard in 2019? How did that wild polar vortex derail your commute to work; how did wildfires in the West affect your health?

So, we asked you, the reader: How has climate change affected you in 2019? Here’s what you said.

Responses have been edited for length and clarity.

I work on climate change, and it has taken a toll on me mentally this year: I’ve felt both filled to the brim with hope and depleted with despair.

Furnace couldn’t keep up during February polar vortex, and we had 11” of snow before leaves finished falling in November.

Seasonal changes have been “off.” Very cold and wet in May, slowing planting in our short season. Then October brought early snow, forcing apple harvest before ripening. November, so far, has been our October. November is usually wet, but no precipitation in rain or snow to speak of.

I live in a small city just north of Seattle, WA. When I moved into my house in early 1997, I began planting a large veggie garden. There was ample rainfall so I did not need to water the veggies and berries. About three years ago, we began having very hot, dry summers, which required heavy watering of my veg and berries and fruit trees. Because water rates are high and increasing for the past two years, I have not grown a veg garden, and have let my berry vines wither. Currently in the PNW we are now 4+ inches short of the historical rainfall, with no end in sight. I ration water, aim to drive no more than 150 miles/month, and caution everyone about the impending shortage of fresh water. I am alarmed.

I have started taking the climate emergency more seriously. My wife and I sold a car and have decided to share one car. I have decided to bike to work every day. I linked up my employer with a local nonprofit that helps companies incentivize their employees to not commute alone in a car to work. I have started voting in every election I can, researching alternatives to flying, and embracing slow travel. I am considering changing jobs or even a career shift to work for a company that is either not participating in global warming or making efforts to limit their carbon footprint. I am also driving my wife insane. :)

I live in Jersey City, New Jersey. We got hit hard by Sandy in 2012, which was my BIG climate story. Lately it’s just been extreme temperatures. In the winter, we have the polar vortex. I usually walk to work, but when it’s that cold, I have to take a cab/Lyft for health reasons. My apartment building is very old, was retrofitted over 10 years ago, and simply doesn’t have the energy efficiency to keep in the heat. I have electric baseboards and my energy bill can be north of $300 in cold months.

Summers are noticeably hotter around here, too, and longer. Spring barely happens. Fall barely happens, we go from 50 degrees to 85 in the same week. (And vice versa.) I work at a restaurant, and the extreme heat is not only difficult to work in, it also keeps people at home. (The same goes for the extreme cold.) This affects my income. The temperature shifts also mess with the subway. That is the main connection to NYC, and train delays due to “track conditions” (read: weather issues) are a constant. All of these are little things, but together … it’s so clear we’ve fried the planet. (Additionally, the county I live in is one of the fastest warming in the US!)

The planet is dying and no one with a lot of power is doing anything adequate to stop it. I am not having children as a result. The world, it seems, will only get worse and worse with each passing year as climate change destroys civilization as we know it. When I said that in middle-school some 30 years ago, I was accused of hyperbole. When I saw it now, we all know it’s true. Who wants to live in the world that’s coming? Not me.

I’m collecting and sharing people’s climate stories and writing music based on them at climatestoriesproject.org.

I live in Sonoma County, California, and our region was struck yet again by fire. I am a California native and October has always been my favorite month (it’s my birth month!), but now the association is with brutal fires and power outages.

I have had several friends lose homes and places of work, too, these last few years of fire. When they hit this year, coupled with the power outages, the collective anxiety and trauma was palpable. And let’s not forget the smoke keeping us indoors under creepy smoke-filled skies. My friends with asthma and children suffered the worst. We were evacuated from our home at around 4 a.m. this October. My fiancé had prepared so we were able to quickly get out the door as we fled in the strong winds with branches and limbs landing on the road. My heart was beating so fast and my breath quickened. I kept thinking about the folks in Paradise who burned stuck in traffic as the fire raged. I shed many tears this October, and am afraid I will shed many more.

Our summer was kind of cool and we had three good rains here in Southern Oregon. We had one or two 100 degree days this year. Normally, we have five to 10. Our rains normally stop in May and resume in October — rain during summer is quite uncommon up here.

Right in front of my house in Hawaii, we used to go snorkeling, admiring the corals and marine life. Now the coral is bleached and sedimented and the sea life all but gone. Normally this time of year the ocean temperatures become chilly, but they are almost bath-temperature warm. We used to find cigarette butts and paper trash on the beach, which was bad enough, but now we see thousands of little plastic bits washed up.

I have worked on community climate change mitigation, energy efficiency, zero waste, and other projects in an effort to have a positive impact. Twenty years of hard work, only to see the very limited progress made by governments and corporations, has left me burnt out. I have no emotional energy left and am resigned to the fate of greed, corruption, ego, and animal instincts inherent in human beings. I am trying to let go for my own sanity. I hope others can find the energy and success where I have failed.

The California wildfires resulted in a spiral of climate anxiety for me. One of my friends had to evacuate and my boyfriend’s family was also under an evacuation warning. We didn’t get as much smoke as last year, instead we got huge power outages. This is after an oddly hot summer for our area. The heat makes my anxiety much worse by making it feel like it was hard to breath. After this year I’m so tired, and angry, and scared.

We lost our home and nearly everything we possessed in the Camp Fire due to environmental changes that contributed to massive wildfire.

I get in a lot of arguments. Lived through thick wildfire smoke for about three of the last few summers — two or three months each summer.

It rained for almost six months or so in Mumbai. We were flooded but the heat didn’t stop. The air quality index seems to be getting worse day-by-day.