What's better for zipping around town, electric carts or gas? 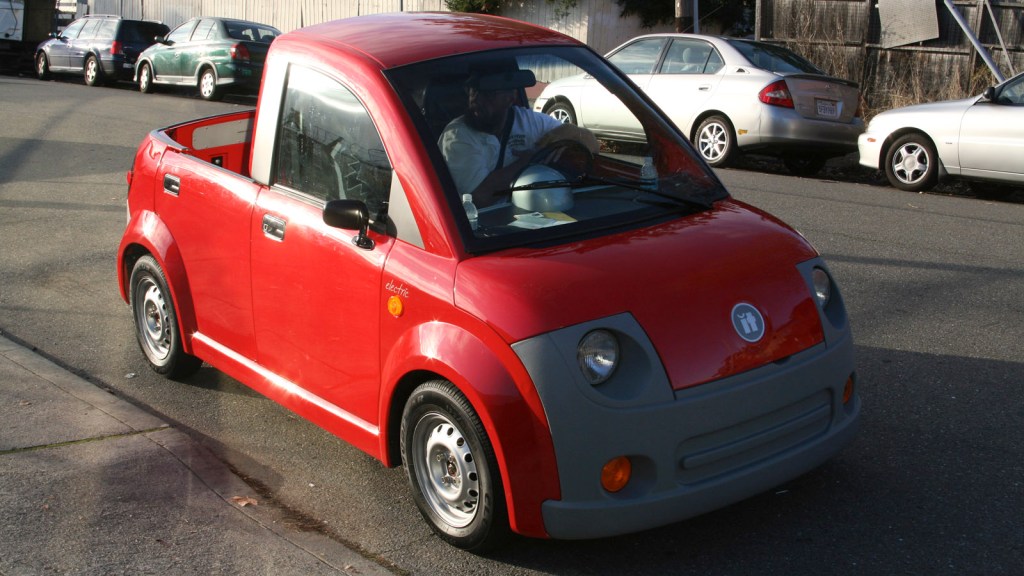 What’s better for zipping around town, electric carts or gas?

Q. My hometown will be contemplating a new ordinance to allow residents to use golf carts on city streets. Which has a smaller carbon footprint, gas or electric?

Golf carts on the streets? What’s next, teeing off from the city hall front lawn?

I jest, of course. Plenty of communities allow golf carts and/or their tricked-out cousins, neighborhood electric vehicles (NEVs – and more about those in a minute), to cruise on slower roadways. Doing so gives citizens a cheaper, more energy-efficient method for scooting around town to do errands or even commute short distances, and they’re particularly popular in retirement communities and (surprise) golf course developments.

As you know, Sam, there are two dominant choices in golf carts: gas-powered and electric. Gas carts run on regular old carbon-emitting gasoline, but can boast of better fuel economy than your typical car (around 30 mpg). Electric carts, on the other hand, draw from rechargeable batteries that you plug in overnight, much like a full-size electric car. Those batteries bump these models into the elite category of zero-emissions vehicles, or vehicles that don’t directly spew any pollutants or greenhouse gases. The electric golf cart zooms out to an early lead!

Of course, the electricity powering those batteries doesn’t come out of thin air. It draws from the power grid, which in turn draws from a variety of different energy sources – from clean ones like solar and hydropower to dirty ones like coal. So an electric golf cart’s true carbon footprint will fluctuate depending on where your region gets its power. (You can get a sense for this from the U.S. Department of Energy’s “Beyond Tailpipe Emissions” calculator, though it doesn’t include golf carts.) When we consider this, can the electric cart hold on to its advantage?

The answer is yes, by a lot, according to the one study I could find that directly compared the two in terms of impact. A Canadian multiagency environmental group’s 2010 report found that electric golf carts are three times more fuel efficient than, and produce just a quarter of the emissions of, their gas-powered counterparts. It went on to note that if all the golf courses within 100 kilometers (about 62 miles) of Toronto switched to electric carts, they’d save as much carbon as taking 155 mid-size cars off the road.

The gas-vs-electric golf cart question echoes much of the gas-vs-electric highway car discussion, Sam. And many studies have found that electrics can’t be beat in terms of cradle-to-grave emissions, even considering the impact of building them and their batteries. We may still be working out the kinks with things like range and vehicle cost, but electric cars represent a sparkling opportunity to dramatically lower our collective impact.

There’s a third option in the golf cart world, by the way – one we don’t have for our full-size people movers (yet): the solar-powered cart. The same 2010 report also evaluated solar carts and found they conferred only a small bump (12 percent) in energy savings over electric carts, but one can hope the technology will keep improving.

Now, since we’re on the subject of alternative ways to toodle around town, let’s go back to those NEVs, which look a little like golf carts but aren’t quite. Part of the larger category of “low-speed vehicles,” they usually top out around 25 mph and come equipped with features like headlights, turn signals, seatbelts, and the capacity to haul four (sometimes more) people. In the states where they’re cleared to drive (around 40, including Texas), NEVs are legally restricted to streets with 35-mph-or-lower speed limits for obvious safety reasons, and their somewhat limited range makes them best for short trips. Still, signs say we’ll probably be seeing more of them – one report predicts sales will jump 45 percent by 2017 – as more communities, campuses, and city facilities embrace them.

I think it’s great West Columbia may be one of them, Sam. Sure, it’s ideal to burn nothing more than your breakfast by walking or biking on shorter errands. But as not everyone in town is either physically able or willing to do so, using a zero-emissions electric cart is a marked improvement over your garden-variety gas-guzzler. The more clean transportation options in everyone’s fleet, the better, I say.