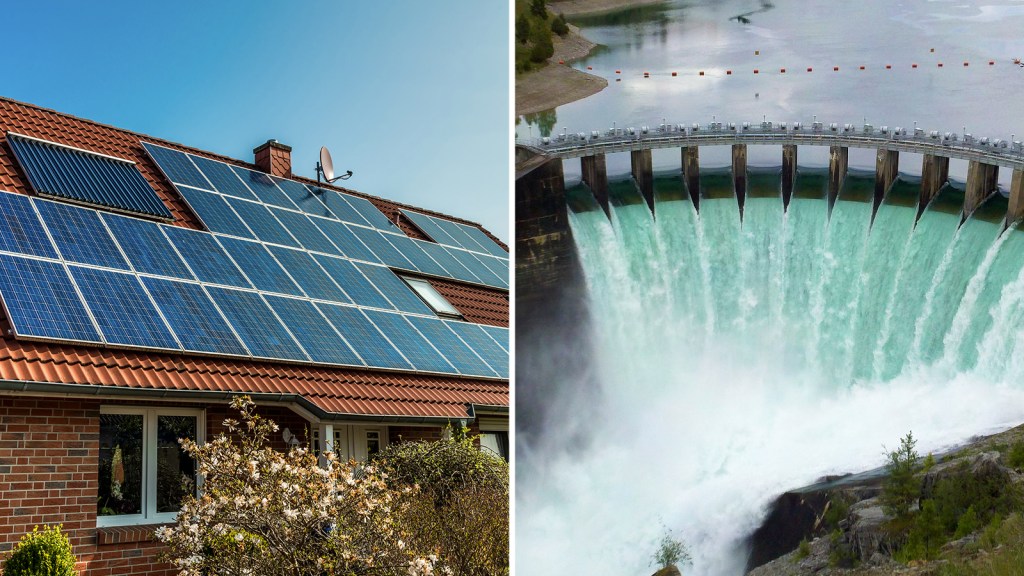 Q. Are solar panels better or worse for the environment when I live in a state with utilities that already come mostly from renewables? I understand there are lots of rare metals in them and I just got done reading How Bad Are Bananas, which seemed to indicate it’s a bad choice due to their total carbon footprint.

My apologies to the Bard, but your question has me pacing the floor and muttering soliloquies: “To go solar or not to go solar? Whether ’tis nobler in the mind to capture one’s own sunlight or to tap one’s utility’s renewable power sources …” I’ve half a mind to spend my free time this winter writing up a modern theatrical adaptation in which Hamlet agonizes over an electricity upgrade to the Danish castle.

All this drama comes, as you note, from the fact that solar panels, for all their sustainability cred, do have their own environmental impact. But then again, so does hydropower — another clean energy source, and a large chunk of Washington state’s power mix. Both have a big edge over fossil fuels such as coal and natural gas. But which wins in a head-to-head smackdown?

First, let’s take a closer look at the options. Solar panels, once installed, happily churn out carbon-free electricity. But it’s true that building them involves potentially problematic mining for silicon, then the use of toxic chemicals, energy, and water. On the plus side, some panels are greener than others: Models built in Europe have half the carbon footprint of their Chinese counterparts. And they’re very long-lasting (25 years or more), which helps spread that impact thin over the life of the system.

Then we have hydropower, also in the carbon-free club when up and running. But we shouldn’t forget that building dams has a big effect on the surrounding area, from flooding habitat (for people and wildlife) to changing the health of the river’s ecosystem to the carbon emissions from constructing the thing in the first place. On the plus side, some number crunchers give hydro the edge in total life cycle emissions. According to a 2014 IPCC report, median lifetime emissions for hydro are 24 grams of carbon dioxide equivalent per kilowatt-hour of power, while rooftop solar panels’ are 41 (to compare, coal gets a big, nasty 820).

So which is the best way to keep those lights turned on, Christy? In environmental matters like this — unlike in wrestling matches or The Voice sing-offs — there’s not always a clear-cut winner. But I took your question to several experts, and while the general response was a bit murky, it leans toward Team Solar.

For one thing, even though Washington is a big hydropower state, it still relies on some fossil fuels (as does every other state). By going your own sunny way, you can be sure the power you’re using is clean. What’s more, you might be greening up the entire region’s power supply by spinning sunlight into power at home.

“[If you install solar panels], there’s the possibility that that hydropower would be exported to another state and reduce use of a coal plant,” notes Sarah Kurtz, a principal scientist at the National Renewable Energy Laboratory. That’s because using your own solar power would reduce the demand on the energy grid, freeing up those electrons to serve elsewhere.

“There’s still a lot of room to reduce emissions from a regional perspective, even if you’re in a hydro-dominated utility yourself,” agrees Cameron Yourkowski, senior policy manager at the nonprofit Renewable Northwest. Because hydropower is very likely to be cheaper than dirty energy, it will displace another utility’s fossil fuel sources when it enters the open market, he says. Not only that, but generating your own juice close to home eliminates the energy losses that inevitably come from transmitting power long distances.

Patrick Nugent, coordinator for the nonprofit (and decidedly pro-solar) Solar Washington, added one more perk: “The sun will stick around predictably for over the next thousands (or millions) of years. Not only is there collateral damage with hydro (i.e., affected salmon runs), but it might be harder for utilities to predict snowpack and rainfall amounts given the unpredictability of climate change.”

Let me pipe in with a few more Yay! Solar points: Rooftop panels can make you money through net metering, in which you can sell your excess power back to your utility (thereby cleaning up the overall energy mix for everyone, by the way). And they boost the value of your home, to the tune of $15,000 or more. There is an upfront cost to installing a system, but these bonuses, plus any tax credits you may qualify for, help ease the sting until your panels pay themselves off.

It’s true — your home base puts you in a good place for energy. But let this be a reminder to us all that we can always do better. And on that note, there’s a script I really should be working on …