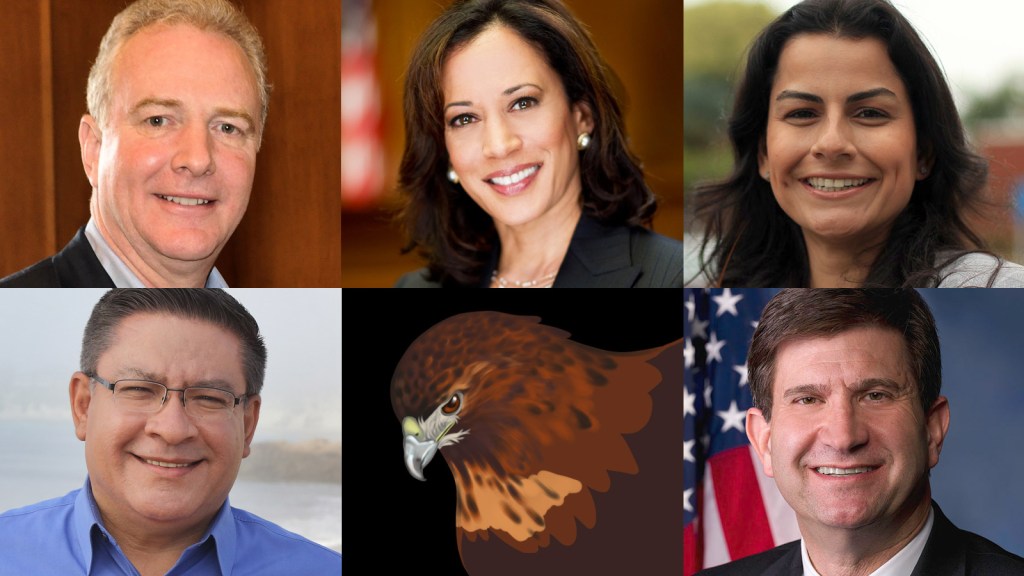 Last week was an awful one for anyone who cares about the environment.

The new Congress and president-elect have a broad, aggressive, anti-environment agenda. Donald Trump has promised to scrap the Paris Agreement, repeal all climate regulations, and approve every oil pipeline he can find. Congressional Republicans have spent years practicing for this moment by passing bills that eviscerate the government’s power to regulate pollution. And it’s sure to get worse as Trump fills his cabinet with fossil fuel magnates and climate science deniers.

But amid all the depressing news, there were a handful of election results that offer a glimmer of hope. At least five candidates with strong climate credentials won offices in Congress, and they have an impressive range of personal and political backgrounds. Here’s a quick overview of the newest congressional climate hawks.

Chris Van Hollen: Van Hollen is a progressive from the Maryland suburbs of Washington, D.C., who just won election to the Senate. He served for the last 13 years in the House of Representatives, where he co-chaired the Bicameral Task Force on Climate Change and the Renewable Energy and Energy Efficiency Caucus. When he served in Maryland’s legislature, he helped pass a comprehensive package of tax incentives to support clean energy.

Last year, Van Hollen introduced the “Healthy Climate and Family Security Act.” The bill would cap and gradually reduce carbon pollution, set up an auction for carbon pollution permits, and hand over proceeds to Americans in the form of an annual dividend. The League of Conservation Voters gives him a near-perfect 98 percent lifetime voting score.

Ever the optimist, Van Hollen told Grist that he thinks there are some issues around energy policy in which he hopes to work with Republicans, especially in light of president-elect Donald Trump’s pitch for new infrastructure investment.

“I do think there are possible opportunities,” Van Hollen says. “One is in the focus on modernizing our infrastructure, which we should look at in an expansive way to include everything from broadband to clean energy.”

Van Hollen also thinks a “green bank,” which would lend capital to businesses, non-profits, and local governments for energy efficiency and clean energy projects, could be incorporated into a Trump administration’s infrastructure bill.

Of course, Republicans have largely resisted such proposals. (Van Hollen introduced a bill to create a green bank in 2014 that went nowhere.) But Van Hollen thinks that could change if Democrats stress the high cost of inaction.

“We need to continue to emphasize the costs of doing nothing and the opportunities for economic growth,” Van Hollen says. “We need to highlight that the United States better not fall behind our competitors.”

Kamala Harris: Sen. Barbara Boxer, the longtime climate leader from California, is retiring. Her replacement is Harris, the Golden State’s attorney general and a charismatic African-American woman. Harris excited the state’s climate activists earlier this year when she launched an investigation into whether ExxonMobil lied about climate science. Her environmental platform included calling for carbon pricing and a raft of proposals to address California’s water shortage.

“She fully understands that the drought is going to have a profound effect on California’s future and that the drought is caused in part by climate change,” says R.L. Miller, the California-based founder of Climate Hawks Vote, a political action committee that supported Harris and other pro-climate candidates.

Miller says she was underwhelmed by the details of Harris’s campaign climate policy and disappointed that the investigation of ExxonMobil hasn’t produced any results. Still, she is inclined to trust Harris’s instincts. “She has a thin record,” Miller says, “but it’s very promising.”

Nanette Barragán: Barragán ran a pro-climate congressional campaign in California’s 44th district. Barragán, a Latina lawyer and former member of the Hermosa Beach City Council, helped lead a successful campaign to stop new oil drilling in the city. She also helped pass a ban on plastic bags and backed the city’s goal of getting carbon neutral by 2020.

In an interview with Grist during the campaign, Barragán emphasized her commitment to environmental justice for her largely low-income, overwhelmingly non-white district in the Los Angeles area. Her opponent in the general election — California has nonpartisan primaries — was state senator Isadore Hall, one of California’s top recipients of fossil-fuel donations. Hall moved left on environment and energy policy in the campaign and was the state party establishment’s favorite. But Barragán appears to have pulled off a narrow upset win. (Ballots are still being counted, but she is ahead by several thousand votes.)

Salud Carbajal: Another Latino climate leader from California, Carbajal is a supervisor in Santa Barbara County. Climate Hawks Vote backed Carbajal because he stood up against fracking, fighting for a ballot measure to ban it in 2014, even as it went down to defeat.

“He showed the political courage we expect,” says Miller of Climate Hawks Vote. “He stood by it even when he knew it was going down in flames.”

Miller recounts a story from late October to illustrate Carbajal’s commitment. Santa Barbara’s County Council was closely divided on a proposal to approve 96 new oil wells in the area. Kamala Harris, whose election to the Senate looked certain, was campaigning for down-ballot Democrats in tight races. She went to Santa Barbara County, because Carbajal was in a very close race. But he missed the event with Harris to attend the county council vote over the wells. In the end, Carbajal cast the decisive vote rejecting them.

“He was willing to forgo being there with one of California’s most popular politicians,” Miller says. “He did the right thing: took the vote instead of standing up on the stage. That’s the kind of dedicated public servant that we’re looking for.”

Brad Schneider: While congressional climate hawks tend to cluster on the coasts, you can find some in the Midwest. One is Illinois congressman Brad Schneider, who lost his House seat in 2014 but just reclaimed it last week. During his previous two-year term, Schneider racked up an impressive LCV score of 90 percent.

Schneider had the backing of a number of green groups in this election. He earned the endorsement of Vote Climate USA PAC, a pro-climate political action committee, after he declared his support for a nationwide carbon tax or a similar scheme to put prices on emissions.

The Sierra Club praised him for fighting for the Great Lakes Restoration Fund and for defending “environmental safeguards against Republican efforts to dismantle them.”

That last part refers to congressional Republicans constant assault on regulations of carbon and conventional pollutants, an attack sure to resume next year.

Any action to combat climate change under a Trump administration will require boundless stamina, local organizing, and dedicated climate leaders who push the boundaries of what is politically possible. And, despite all the negative news, there will be a fresh crop of such leaders coming to Washington.