Sea-level rise wins a Grammy even Kanye would approve of 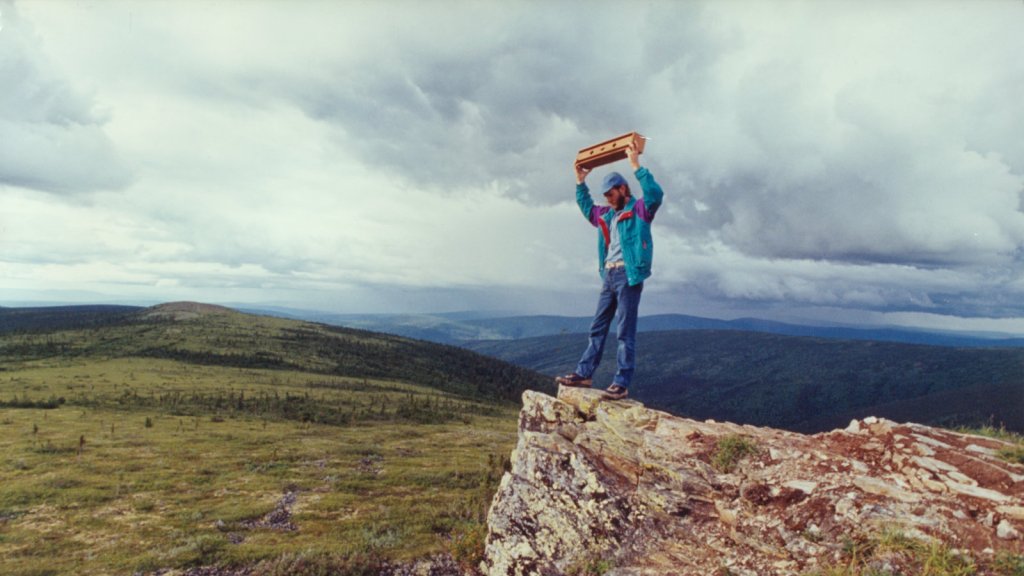 Sea-level rise wins a Grammy even Kanye would approve of

For composer John Luther Adams — who won last night’s Grammy for best contemporary classical composition — it all started with birds. Specifically, a nine-movement piece of music called “songbirdsongs” which he wrote soon after moving from L.A. to Alaska. As geography goes, it’s hard to get farther from the on-ramps of Los Angeles County than the wilds of upper Alaska; it didn’t take long for Adams’ music to follow suit.

Immediately at home in Fairbanks, Alaska, Adams (not to be confused with the other composer John “I have no middle name” Adams) started writing pieces inspired by the expansive, untamed landscapes of his adopted state. It was only a matter of time before he started thinking about climate change. In 2012, the Seattle Symphony commissioned Adams to compose a piece called “Become Ocean,” a symphony for three orchestras that brought Adams the Pulitzer for music this past spring, and the only-slightly-less-prestigious prize last night.

Notably, the program notes for performances of “Become Ocean” bear the following two sentence summary: “Life on this earth first emerged in the sea. As the polar ice melts and sea level rises, we humans find ourselves facing the prospect that once again, we might quite literally ‘become ocean.’”

Yep, you heard that right: Climate change just won its first Grammy. Have a listen:

We talked to the notorious JLA about Alaska, nature, art, and the Anthropocene — here’s what he had to say.

On the title “Become Ocean”:
Like many beautiful, poetic images, it’s ambiguous. I think that’s part of its beauty. It’s both an invitation and a danger: It’s an invitation to lose ourselves in the music, and in something that is larger and vaster and deeper than we usually experience. And of course it also suggests the threat of human-induced climate change leading to the melting of the polar ice, the rising of the sea, and the prospect that we may quite literally become ocean.
It’s both the light and the dark.

On nature and Alaska:
To be a young person — what was I, 22 years old — in the wilderness of Alaska in 1975 was just an immutably thrilling moment. There was a sense of openness and possibility that I think has influenced everything I’ve done since. I think somewhere I did claim to that admittedly romantic notion of how things might be, and at some level I’m saying how things really are — once we get beyond the surface noise, all the business and chatter of our minds or media or politics or whatever it is. Once you get more deeply into things, the world still is a miraculous place — in spite of our best efforts to wreck it and ignore it and deny it.

On the tension between art and politics:
I’m highly suspicious of political art. Ostensibly or blatantly political art usually fails both as art and as politics. I do believe in the intrinsic value of art. Music is not what I do, it’s how I understand the world — so of course my music is informed by my awareness of what’s going on in the world, and my concern as a human being. And yet I believe that in order for the music to be my best gift to a troubled world, the music has to be fully itself — it has to be, in a sense, a world of its own. That’s perhaps an impossible conceit, but I think it’s a necessary one.

If you want to send a message, [you should] write an email, write an editorial, write a speech. That’s not what music does.

Clearly we can’t count on these clowns in Washington, D.C., or anywhere else to do anything. The leaders aren’t leading. I have to believe it’s up to us to lead, and those so-called leaders will have no choice but to follow.

It’s too easy to romanticize these things, and to imagine that humans used to live in more of a Garden of Eden kind of state. I think what we know about history probably disapprises us of those delusions, and yet it seems to me the essence of our challenge — not just culturally, but as a species — is to understand our place in the greater scheme of things, and how to live on this earth without destroying one another and so many other species along with us. And time is running out.