Which is sadder, factory-farmed animals or the carnivores who eat them? The Onion weighs in 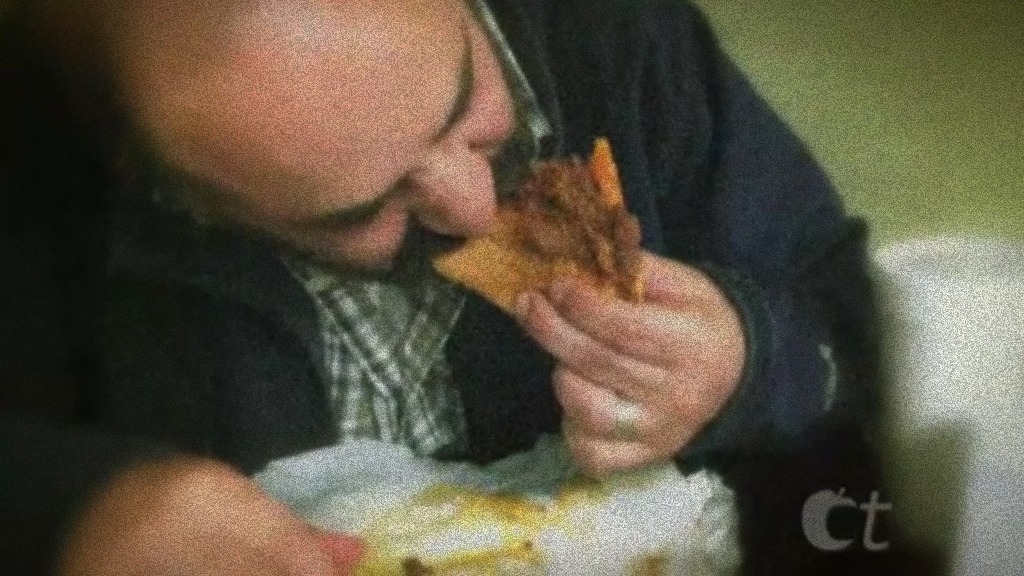 The Onion
i'm not crying!

Which is sadder, factory-farmed animals or the carnivores who eat them? The Onion weighs in

We’ve all heard about the graphic, stomach-turning violence of animal flesh being ripped apart by … people’s teeth? That’s the point of an Onion piece that totally nails the grossness of being carnivorous in the language of a factory farming expose:

[M]any [are] voicing their revulsion at images of spare ribs having their muscle tissue noisily yanked from the bone, cold cuts being ingested whole, and one particularly chilling episode in which a pulled pork sandwich is jarringly pulverized by slashing incisors as a combination of grease, saliva, and tangy St. Louis-style barbecue sauce oozes out and collects in sizable pools on a chin and shirtfront.

With the same vocabulary activists use to shame industrial meat, The Onion expresses faux dismay at dimly lit, unsanitary living rooms and the killing floor that constitutes your neighborhood Arby’s. Meanwhile, an accompanying video apes the suffering of factory animals by “exposing” the pain that traumatized, bloated meat-eaters endure:

Consider us sufficiently grossed out. The broader Onion package hints at a bigger question, though: What does it mean that eating meat can look as gross and disturbing as the factory farms that produce it? We won’t assume this is a humor-laced argument for vegetarianism — but we’d also like to point out that America’s Finest News Source is called The Onion, not The Ribeye.