Who cares about this red party cup? 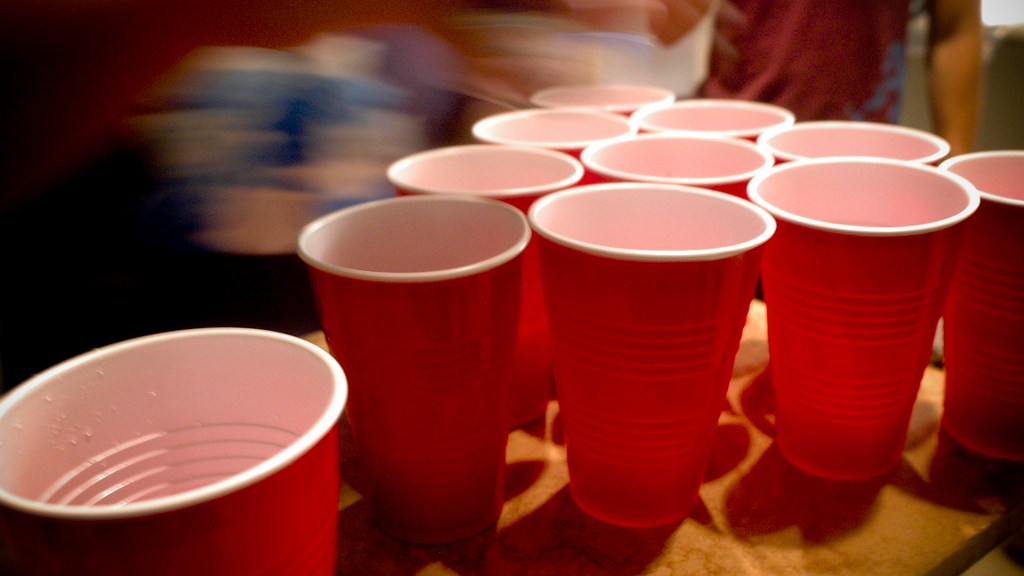 Who cares about this red party cup?

Why make a movie about the red party cup? And why with Grist?

It wasn’t an obvious match at first, because I certainly didn’t start this project with any interest or intentions about “sustainability.” I, Party Cup began with my own curiosity about the design of everyday things — things that are part of the built world but taken totally for granted, like traffic cones, fastening rivets, doorknobs … and disposable drinking cups. These things are just “around,” but they weren’t always. They were each and all created — by someone. By definition, any part of the built world has to have a First Mover, a Creator, an Author. That was my assumption, and I wanted to take my best shot at finding out who that person was for this particularly recognizable and yet utterly forgettable, disposable object: the red plastic party cup.

As you’ll see in the film, I ended up questioning my working assumption about Authors. But I did meet three people who were responsible. What does that mean? What’s the difference? And what does that have to do with “sustainability” — whatever that is?

It all comes down to the question: Who cares?

Think for a second about those two words, and how you tend to use them. It’s not really a question most of the time. It’s more of a statement: What we’re really saying is, “This doesn’t warrant my attention.” Which is fine. Not everything in the world has to matter to everyone at all times. But what if you really considered those two words, literally, as a question? Who cares — who?

So, to me, I, Party Cup is a film about responsibility. It’s about who was there, why they cared, and what they did. Which is not necessarily the same thing as “doing the right thing,” or “making a difference,” or “changing the world.” It’s more mundane than that, but also, maybe, more real. At the very least, I find it more relatable.

Which brings me back to sustainability.

If you are a Grist reader, you may care very much already about sustainability. Me, not so much — probably because I could never figure how to care in a way that felt authentic. It’s a weird cognitive dissonance: My rational ego may nod in agreement about the need for climate-change regulations, composting, and all the rest. But my id just can’t buy into all the hand-wringing and hectoring, no matter how much I might try to will it to do so. Since moving to Portland, I certainly compost a lot more — but that’s because the city makes it easy to do without thinking (and requires it). My honest reaction to most “sustainability” stuff is still that two-word statement: Who cares?

But in making this film not-about-sustainability, I ended up thinking about it more — and more seriously — than I ever have. If I see a gross fast-food wrapper on my favorite hiking trail on Mount Tabor, is picking it up and putting it in my pocket until I find a garbage bin a “sustainable” act? Is it going to “make a difference”? Who knows — who cares? But here’s what I do know: Once I see that piece of trash on the trail, I know who’s responsible. Me. Not because I put it there or created that situation; and not because if I didn’t pick it up, no one else would or could. It’s because I’m there now, encountering it — I’m the answer to the question, “who cares?” Whether that piece of trash gets put in the bin or not, in that moment, I’m responsible for my part in what happens. Once you consider that, it’s hard not to act accordingly. That’s the most mundane thing in the world, but also … not.

I’m not saying that I’ve suddenly become a saint about this stuff. Just this morning, I was taking my cat into the vet’s office, and a Post-It note blew out of my pocket and flew underneath a parked car before I could grab it. And I decided not to pick it up, because I was in a hurry and I needed to get my cat into the vet’s office. So I’m responsible for that choice, too.

But maybe that’s what “sustainability” can be, in practice, for people like me who have trouble connecting honestly with it: It’s all just people, being responsible. Not being perfect or right or wrong, or Making a Difference or Saving The World. Just being there, trying to pay attention and act accordingly. That’s something I can teach my daughter and actually mean it, because I can actually live it.

So I, Party Cup still isn’t a film about sustainability. It’s a film about who cares. The world gets the way it is because of people like me. Being there. Being responsible. It’s sort of the same thing.